India takes on Pakistan at the Asia Cup 2022. How will the Greens fare without their star player and can an Indian great be back at his best?

"He can be underrated and overrated at times."

The clash of the titans will see India facing Pakistan at the Asia Cup 2022, and that too possibly multiple times.

The sixteen-day T20 International tournament from August 27 to September will see six teams participating in a round-robin and knockout-out format.

Hong Kong which made it through the Asia Cup 2022 qualifying event join India and Pakistan in Group A.

Meanwhile, Group B is a tough one, with it featuring three Test teams, including Afghanistan, Bangladesh and Sri Lanka.

India versus Pakistan, the mother of all games, is generating a lot of interest as usual. The likelihood of them both qualifying from the group stage is pretty much a formality.

This means the two will face each other also in the Super 4s, with the possibility of playing in the final again.

We explore how much Pakistan will miss their ace cricketer and the players who can stand up for the Green Shaheens.

Equally, we assess if an old guard of India can make a fresh comeback and the player who can potentially save them in adversity.

Additionally, India and Pakistan fans exclusively react to what may come from two players.

Shaheen Shah Afridi Blow: Who can Come to the Party? 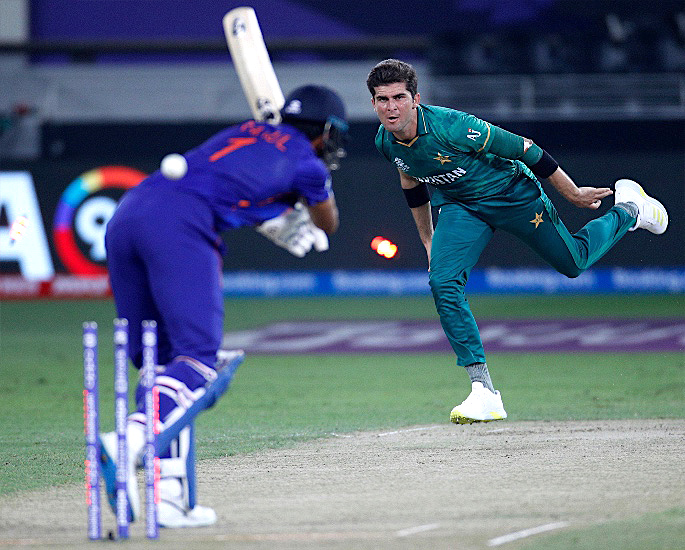 Shaheen Shah Afridi out of the Asia Cup 2022, particularly against India is a big loss for Pakistan.

He went ahead and himself go in the previous high-octane clash between the two cricket neighbours. This took place at the Dubai International Cricket Stadium on October 24, 2021.

Besides taking 3-31, it was the swing that gave so much trouble to Rohit Sharma (0) and KL Rahul.

The two deliveries to Sharma and Rahul had a real ‘Jhoom’ effect, causing the ball to dance.

India will breathe a sigh of relief that Shaheen will not feature in the Group A encounter and beyond, especially with a bowling average of 10.33 after one game facing them

For Pakistan, it is not just the performance, but the fact that Shaheen has a knack for taking 1-2 wickets in his opening spell.

Shaheen not playing gives a chance for others to become heroes in high-pressure encounters.

This is because Pakistan can potentially face India three times in the tournament.  If they finish in the top two after the Super 4s, they will cross bridges for a grand finale.

So, who can come trumps in the bowling for Pakistan? This can be anyone of Haris Rauf, Naseem Shah, Shadab Khab tr Usman Qadir.

Haris is the premier bowler, with the withdrawal of Shaheen from the competition. In the same heroic match with Shaheen, Haris also had a fine spell, taking 1-21 from his four overs.

Haris also has the experience, with 35 matches under his belt going into this event.

Not forgetting that Haris probably has the fastest average of all the Indo-Pak bowlers.

Habib Ahmad, a 26-year-old IT Consultant from Birmingham sits on the fence concerning the speedster:

“Haris is a real showman cricketer. He can be underrated and overrated at times. Fans will really assess his performance after playing India more than once. He can definitely go up a notch in speed.

“Bowling intelligently with variety will be his weaponry for success.” 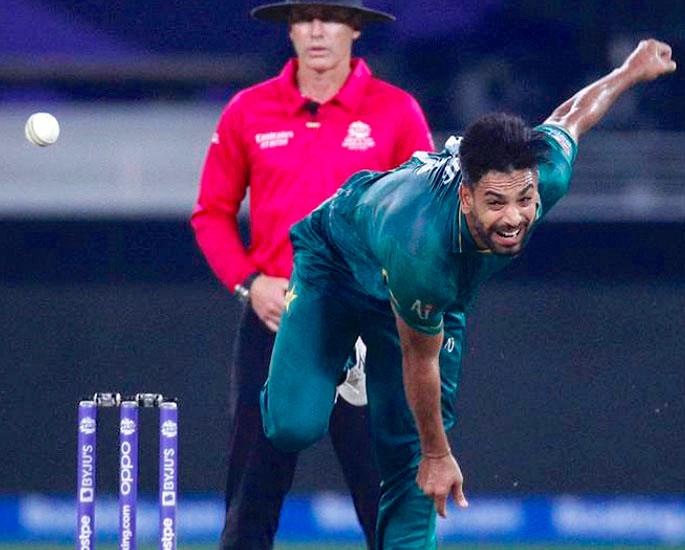 Naseem who is also fast and very young will relish making his T20I debut in the tournament. Becoming a debutant and performing against India will be a dream come true.

With it being spin-friendly wickets, Shadab Khan, Usman Qadir and Mohammad Nawaz come into play.

Having two genuine leg-spinners provides captain Babar Azam with so much variety and options. Qadir has a phenomenal T20I average, with Shadab not lagging too far behind.

A lot will depend on slow-left-arm Mohammad Nawaz who made the cut in front of Imad Wasim. Whilst Nawaz has been in form of late, Imad has the much better T20I average.

An out-of-sorts Hasan Ali drafts in for Mohammad Waseem due to a left side strain. It is difficult to know if this is a blessing in disguise or not.

Nonetheless, Hasan has a chance to redeem himself with both the bat and the ball.  Whilst Hasan is less potent in speed than Haris and Naseem, he can reverse the ball.

To compensate for a no Shaheen show, Babar Azam, Mohammad Rizwan and Fakhar will have to be in their prime. The Babar and Rizwan opening partnership has done well.

However, it still makes sense for Fakhar to open with Rizwan, maximising the powerplay with big shots. 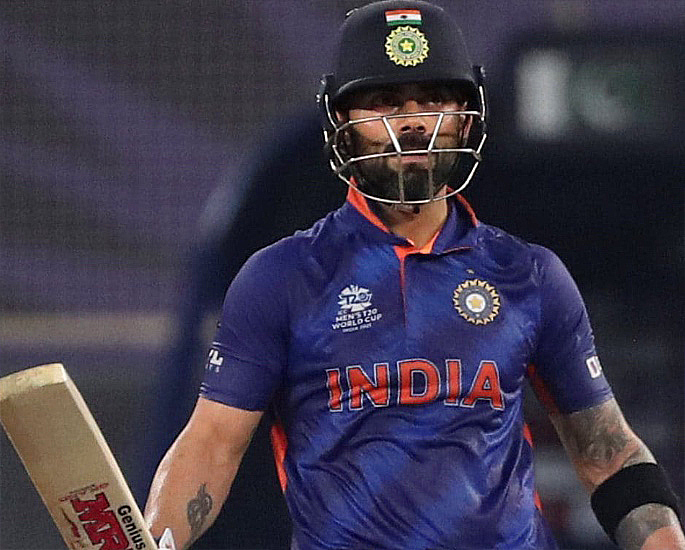 India will welcome Virat Kohli back into the team, not knowing if his return can bring him back a change of fortune.

Virat has a high average against the Green Shaheens in T20I games. This includes three fifties and two unbeaten innings to his name from seven matches.

One must not forget also that the former Indian captain made a resilient 57, in the 10 wickets loss to Pakistan in the 2021 T20 Cricket World Cup match.

Having said that, his form has been a concern by his standards during the 2022 season.  Virat did not feature in the Zimbabwe series as he was resting.

But an in-form Virat will not have been taking time off. Did Virat and India miss a trick, by not playing in the African continent during August 2022?

That was an ideal opportunity to regain his touch and get some runs when facing a relatively weaker side.

Nevertheless, India will be hoping that he can get a big score, whilst Pakistan knows that Virat is vulnerable outside the off-stump early on.

It’s time for Virat to prove that form is temporary and class is permanent. Otherwise, his place in the team will slightly raise question marks.

Virat also needs to control his aggression, which has often come under fire for years. Being aggressive can be a positive sign. However, previously,  the heat of the moment has gotten the better of Virat, without a favouring result.

The advantage Virat that Virat is that he will have no extra burden to carry. This is because the last time India and Pakistan played he was the captain.

More importantly, India will have to bank on Virat, with his phenomenal average against Pakistan.

The problem for India is that opener-skipper Rohit Sharma has not fared well In T20I matches when playing Pakistan.

In a batting lineup lacking experience, Rishabh Pant can aid India in somewhat of a crisis. His advantage is being a left-hander, giving him this natural ability.

The young Rishabh has a relatively low T20I average, which means it is time for him to step up to the big stage. Can Rishabh come of age and finally announce his pedigree as a genuine talent?

Well, wicketkeeper-batsman Dinesh Karthik being in the squad can spur him to deliver the goods, knowing failure can bring about a possible change.

Retired Gurdev Singh, an avid cricket fan from Birmingham believes there is more in the tank from Rishabh:

“Rishabh has shown glimpses of a lovely left-hander.”

“He has plenty more to offer with the bat and that too in clashes with Pakistan on the cricket fielder.”

In the T20 Cricket World Cup 2021 encounter, Rishabh hit sixes with one hand. Just imagine what he is capable of when threading the blade with two hands. 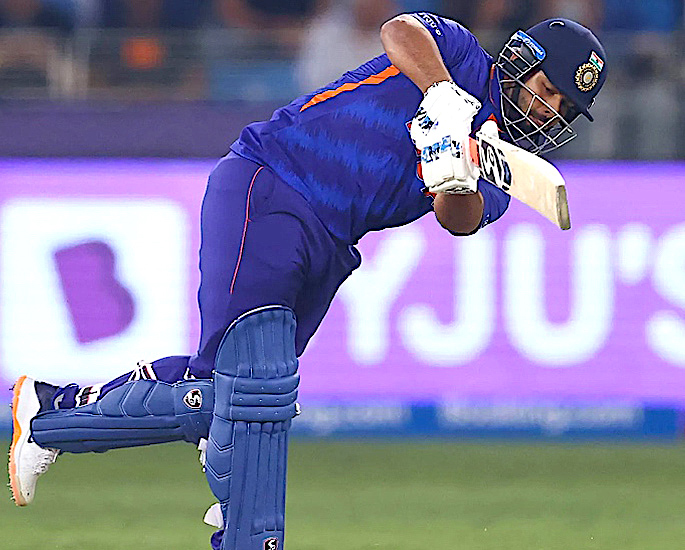 Besides the batting, the bowling of Bhuvneshwar Kumar will be pivotal. His bowling average against Pakistan is quite healthy.

Then there is left-arm medium-fast bowler Arshdeep Singh and right-arm googly bowler Ravi Bishnoi who have had terrific starts to their T20I careers.

Hardik Pandya in the playing XI allows for the perfect balance in both batting and bowling. He has bowled before when featuring in an India-Pakistan battle.

Irrespective of the different permutations will like always spark emotion, passion and their traditional rivalry.

Fans can guarantee an electrifying atmosphere inside the Dubai ground Television viewers will sense a similar fervour f, watching from their comfort zones.

Until 2018, India had beaten Pakistan eight times to five from fourteen matches, with one being a no-result.

Though, the form book goes out of the window whenever derby matches happen between these two sides. The two teams come together with everything to play for, starting with their first game at the Asia Cup 2022.

The teams take the field in a night game at Dubai Stadium on Sunday. August 28, 2022. The match will start at 6 pm locally, which equates to 3 pm British Subject Time (BST).

The Asia Cup 2022 will be the second time that matches between India and Pakistan will comprise T20I games.

All the Asia Cup 2022 matches will be broadcast on Utsav Gold in the UK, with other networks transmitting LIVE across geographical territories.

Why did so few Pakistan Fans Turn Up at CWG 2022?
Is Football Racism a Problem for British Asians?