British Asians love social media, and they also love it when they can get funny cultural hashtags trending on Twitter. We take a look at the funniest memes of #ThingsAsianBoysDo.

British Asians use funny hashtags to poke fun of their own Asian heritage and upbringing.

In the age of social media, trending has become something of a surprising phenomenon – and Twitter certainly got it right when they came up with the Hashtag idea – where one topic or story can spark an instant global discussion.

It seems that social media has done a far better job than many news outlets at dealing with breaking news. One tweet, photo or comment can cause a global frenzy with followers and be trending all around the world within the space of a few minutes.

Trends can be used also as spoofs to make fun of people or have a joke. 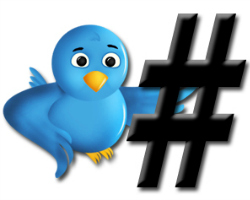 All of the Hashtags offer tweeters the opportunity to unleash their creative imagination and wit and come up with their funniest take on the most random of topics.

Closer to home, British Asians have also successfully latched onto this idea, using funny hashtags to poke fun of their own Asian heritage and upbringing.

When it comes to British Asian culture, Desi’s have a way of projecting themselves, whether it’s typical Asian boys, Asian girls, Punjabi mothers or Desi dads – we all have some funny stories to share and in some way or another we can all relate to. And what better way to share them than on Social Media?

‘Asian Boy’ generalisations and stereotypes were all the rage on Twitter recently, trending in the UK for a matter of hours where British Asians let rip as many memes related to Asian Boys as they could think of.

‘The Things Asian Boys Do’ seems like an ingenious hashtag to throw out into the Twitter world. Think Asian boys driving up and down the same road in rented Lamborghini’s, windows down, ‘Amplifier’ (by Imran Khan) blasting out, shades on and acting like they it’s their dad’s road – sound familiar? 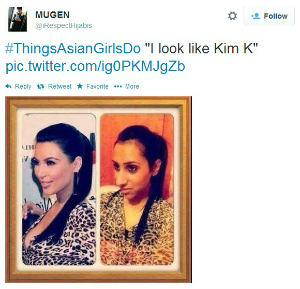 How about Asian Boys trying to go for the Zayn Malik look and passing it off as their own fashionable invention? Another popular tweet is Asian Boys only going to the gym to pick up girls rather than to work out.

It’s not just the boys who have been subject to the Twitter Hashtag, #ThingsAsianGirlsDo has also been hugely popular and has unleashed some hilarious comments from users.

Of the most common is the makeup generalisation – those Asian girls who wear lighter foundation or ‘atta’ on their face and pretending that it is their natural skin tone. Then there are the ‘Sheesha selfies’ – with girls dressing up in full bridal attire just to go to the corner shop or to Nandos.

Other popular tweets include girls trying to emulate Kim Kardashian, and changing their Facebook names to ‘Khandashian’ and ‘Kaurdashian’.

How about Asian girls who secretly date undercover and will travel for miles and miles so as not to get caught by a long distant family friend or relative?

It is no secret that Asians love their social media. Desi Hashtags are a great way of unearthing some of the common misconceptions of Asian guys and girls in the UK. Of course not all guys and girls act in this way – but it is great to laugh at some of the typical Desi attributes that exist in the community.

With British Asian culture becoming more and more dominant in society, and becoming such a force of Social Media, what will we see next in the future of Hashtags? We can’t wait to follow the next Desi Hashtag to trend on Twitter.

Aisha is an editor and a creative writer. Her passions include music, theatre, art and reading. Her motto is “Life is too short, so eat dessert first!”
Interior Design Trends for Spring/Summer 2014
Rotimatic ~ the automatic Roti making device