Serious and funny takes on the abolishing of Indian rupees 500 and 1,000 currency notes are breaking the Internet with each passing second.

Trolls have taken to the Internet with jokes and memes

The existing rupees 500 and 1,000 currency notes have been declared illegal by the Indian government.

The order came into effect from 12am, on 9th November 2016, as declared by the Prime Minister of India, Narendra Modi.

New notes of rupees 500 and 2,000 will be introduced by the government within the next three to four weeks. 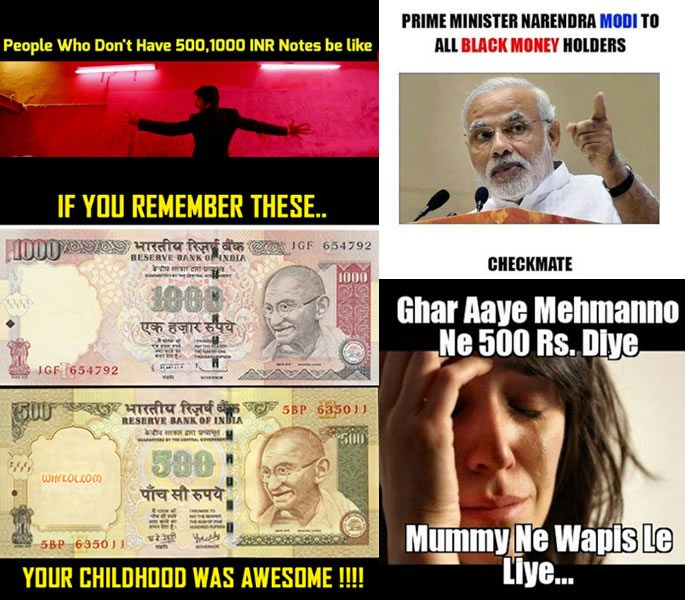 This move is considered to be a landmark decision in the history of independent India to fight the menace of rampant corruption, tax evasion and presence of black money in the country.

Sections of the Indian news media is giving the operation the name of a surgical strike against illegal cash holdings.

The government believes that currency several notes of rupees 500 and 1,000 were being widely used in transactions with no accountability in the Indian subcontinent. 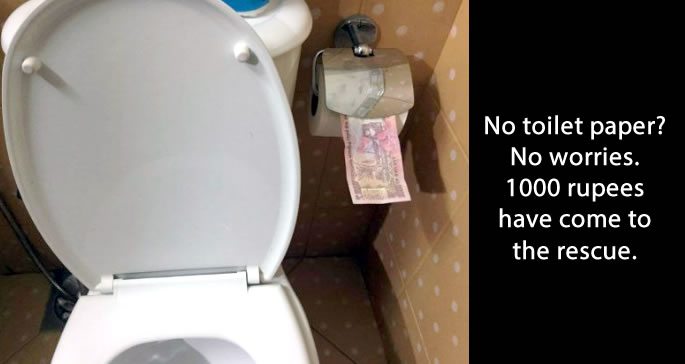 The common man was the happiest and received this phenomenal news with jubilation.

The reason being is that every Indian citizen who may have accumulated the pulled out notes as savings in a legitimate way is eligible to exchange such old notes for new notes at banks and post offices by December 30, 2016.

This is upon submitting a government authorised identity proof.

Therefore, there’s no reason for panic or worry.

Though there may be some minor hiccups, the aam janta may have to deal with during the entire process wherein the government has also put in place several new rules for all monetary dealings in the country.

Hoarders of unaccounted money in the PREVIOUSLY MAGIC numbers of rupees 500 and 1,000 are the ones who have lost their sleep over the massive crackdown on the unlawfully made fortune that has zero value today and is as good as ordinary paper.

In such a serious scenario, quite unexpectedly, some netizens have been at their humorous best in expressing their views about the latest economic development in India.

Trolls have taken to the Internet with jokes and memes poking fun at those who have lost their fraudulently amassed paisa. 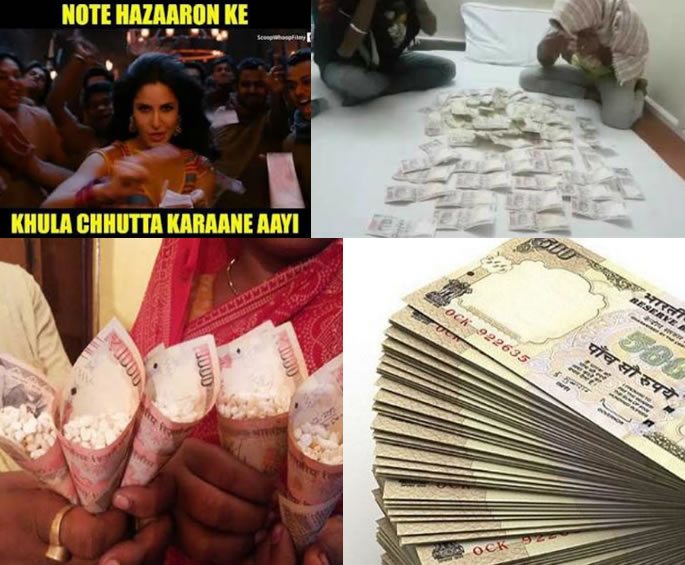 Enjoy our pick on some of the most hilarious reactions that have surfaced on the World Wide Web!

Mariya is a cheerful person. She is very passionate about fashion and writing. She also enjoys listening to music and dancing. Her motto in life is, "Spread happiness."
£1.4 Million Confiscation to Continue against Indian Doctor
Asian Woman jailed for repeatedly Stalking Married Man