What is the Bitcoin currency?

With so many people now talking about Bitcoins, Bitcoin transactions and the Bitcoin currency, do we really know what it all means? DESIblitz explains.

"Bitcoins are the future, more people need to know about them!"

Despite its surging popularity, the Bitcoin currency is still a new and an often confusing concept.

Much of the topic is spoken by only a small number of people who take part in Bitcoin transactions or know someone who is.

DESIblitz is here to help lift the lid on Bitcoins and help guide you through the world of this virtual currency and understand what the fuss is all about.

Before looking at what they are, let’s begin with the history of Bitcoins and how they came about.

The concept of online currency was based on secure and heavily encrypted currency in 1998 by a man called Wei Dai, a lecturer from London’s Imperial College in the Department of Electrical and Electronic Engineering.

Moving from this the modern idea of Bitcoin can be found in a paper submitted in 2008 by Satoshi Nakamoto.

The person or group belonging to this name is currently unknown, however, there is a 64-year-old man with the name Dorian Satoshi Nakamoto, living in California who is thought to be the founder of Bitcoin. 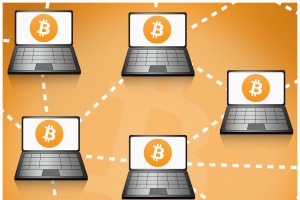 Bitcoin is the first decentralised currency in the digital world, this means that transactions using bitcoins happen directly between people.

There is no central authority figure such as a bank. Users verify and control transactions themselves.

Kavita, a frequent online shopper says: “Bitcoins are the future, more people need to know about them!”

How do Bitcoins work?

Bitcoins themselves are generated from people all over the world by anybody running a free application, these people are called ‘Bitcoin miners’.

Miners are sent tough mathematical problems to solve in order to unlock blocks of Bitcoins, the miner who solves the problem first will receive the Bitcoins. The more powerful the PC the better the chance of unlocking the Bitcoin blocks.

The mathematical problems can be increased or decreased in difficulty, helping to keep the output of coins consistent. While we may think it is a case of unlocking coins, it is not a quick-rich scheme.

The mathematical problems are difficult to solve and often requires complex and expensive machines in order to unlock the Bitcoins. 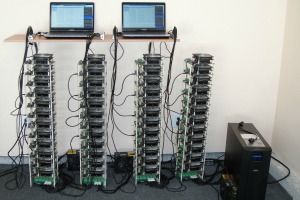 The Bitcoin model is limited to only produce 21 million coins, currently, there are approximately 12 million Bitcoins in existence and the 21 million cap is estimated to be reached in 2140.

In order to carry out a transaction, users access their Bitcoin wallet, similar to wallets used for online banking sites and add their electronic signature, the transactions are verified by a miner.

Once the transaction is complete it will be logged on an online public ledger known as a blockchain.

Currently, Bitcoins can be used to purchase a variety of goods such as video games, books, gifts and even online servers.

The number of companies accepting bitcoins is growing, with publishing platform WordPress; Overstock.com, a one-stop place for home goods; and PC giant Dell also beginning to accept bitcoins as forms of payment.

The advantages of using Bitcoins are varied, without a bank overseeing the transaction this means people can use their bitcoins in worldwide transactions, accounts are never frozen and there are no prerequisites in opening up an account.

Small businesses and even those in freelance work, can set up a bitcoin account online and actually expand their customer client base by seeing people in the Bitcoin community as ready made customers. Tech head Ravi said:

“Bitcoins need to fully enter into mainstream society, they are a great alternative to cash.”

Bitcoins are not accessible as actual cash, many of a the world’s population are still unaware of Bitcoin.

While many people believe Bitcoin to be simply digital money, this is a huge oversimplification. It will take a long time for all companies no matter how big or small to begin to accept Bitcoin as a real commodity and treat it the same as cash. 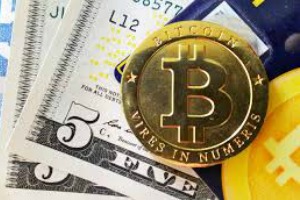 Also to allow miners to successfully unlock blocks of Bitcoins, a lot of time and money will be required in order to set up powerful machines used to unlock the toughest of mathematical problems.

The majority of the Bitcoins will tend to be unlocked by a select number of people with the right machines, meaning a disproportionate spread of Bitcoins.

Although there is much more about Bitcoin that is shrouded in mystery, the word of them is spreading and being talked about in both online and offline spaces.

Bitcoins may not yet be the replacement or cash however given the approximately 12 million Bitcoins in existence there is a considerable demand for them.

This is proven by the increase the value of a Bitcoin compared to cash, in April 2011, one Bitcoin was worth 75 cents however in December 2013 one Bitcoin was reportedly worth a whopping $1,200.

This shows the rise in the importance and value of a Bitcoin.

It will be interesting to see where Bitcoin will go from here as it gains more notoriety, no small part to the large organisations beginning to accept them as payment.

Although cash is still the number one commodity, Bitcoins are not as far behind as once initially thought.

Amarjit is a 1st class English Language graduate who enjoys gaming, football, travelling and flexing his creative muscles writing comedy sketches and scripts. His motto is “It’s never too late to be who you might have been” by George Eliot.
FIFA 15 ~ Feel The Game
10 Facts about India’s Mars Orbiter Mission