India celebrated a significant day in their space program, as its first ever interplanetary explorer touched the orbit around Mars on September 24, 2014. DESIblitz has all the exciting details about the Mars Orbiter Mission (MOM).

"Our Mars mission cost less than the Hollywood movie Gravity."

Just a day after India’s Mangalyaan touched Mars’ orbit and space history was created for India and Asia, ISRO made images of the red planet public with the caption: “The view is nice up here.”

But what is the Mars Orbiter Mission, and is it useful to India as a developing nation struggling with other economic problems?

DESIblitz answers all your doubts, and has all you need to know about the Mars Orbiter Mission (MOM).

1. What is the Mars Orbiter Mission? 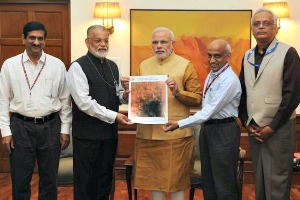 It successfully entered Mars’ orbit on 24 September 2014, which has made India the first Asian nation to send a satellite to Mars, and the first nation in the world to do so on its first attempt.

2. How long did it take to reach Mars?

MOM took 300 days to finish the 200 million km expedition to Mars, which includes the 20-25 days it spent in the Earth’s orbit, building up the essential speed to break free from the gravitational pull.

3. Which other countries have successfully sent such orbiters to Mars?

India is now the fourth in the world, and the first in Asia, to send a successful Mars Orbiter.

The spacecraft takes 72 hours 51 minutes 51 seconds to go around the planet once.

4. What is the purpose of India’s space mission?

The Mars spacecraft will orbit the Red Planet, mapping its surface and studying the atmosphere. The observation has already begun using its scientific instruments, according to ISRO.

5. What scientific evidence is the MOM hoping to collect?

The search for methane in the Martian atmosphere is probably the most significant part of the MOM mission. Mangalyaan has gone equipped with an instrument that will try to measure methane in the atmosphere.

Earth’s atmosphere contains billions of tonnes of methane, the vast majority of it coming from microbes, such as the organisms found in the digestive tracts of animals.

The speculation has been that some methane-producing bugs could perhaps exist on Mars if they lived underground, away from the planet’s harsh surface conditions.

MOM will measure methane in the Martian atmosphere. So, even though Mangalyaan has a small payload, it will actually address some of the biggest questions on the Red Planet.

6. How much did the Mars Orbiter Mission cost? 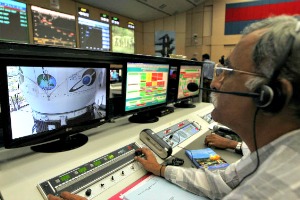 The Indian Prime Minister, Narendra Modi, even stated: “Our program stands out as the most cost-effective.

“There is this story of our Mars mission costing less than the Hollywood movie Gravity. Our scientists have shown the world a new paradigm of engineering and the power of imagination.”

7. Why is MOM so momentous for India?

MOM is India’s first interplanetary mission and displays ISRO’s technical aptitude in productively sending a spacecraft to Mars after foreseeing the challenges posed by the condition in proximity to the Earth and Mars and also a communication gap in between of almost 12 minutes.

8. How tough is the Mars Orbiter Insertion?

Roughly 60 per cent of Mars Missions have failed at this step. If the velocity is not adjusted accurately, then either the Orbiter will collide into Mars or it will be lost in space.

9. How quickly was the Mars mission pulled together? 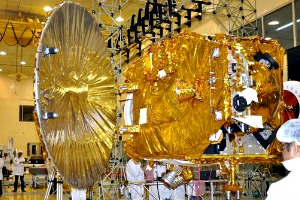 From the declaration to the implementation, the Mars mission took ISRO two years and a month, in comparison to NASA’s MAVEN, which was declared in September 2008, and contacted the Mars orbit just earlier this week, thus taking six years.

After India’s successful Mars mission, there was a supposition among many Western as well as Indian media and people, that space activity should be left to the wealthy, developed countries and that it can have no worth to the developing nations.

The argument was that money could be rather spent on healthcare and improved sanitation. But what was thus disregarded is that investment in science and technology builds competence and aptitude and helps develop the people who further profit the financial system and the society.

The developed nations already know that space activity is also a wealth producer, and have radically increased their spending on space activities in recent years.

India wants to be a part of this too, and through Mangalyaan and its other space missions, the nation is putting itself into a strong position in international markets for space products and services.

Hands down, ISRO has made India proud and hope it carries on to create more such opportunities in science and technology for coming generations.

Komal is a cinéaste, who believes she was born to love films. Apart from working as assistant Director in Bollywood, she finds herself doing photography or watching Simpsons. “All I have in life is my imagination and I love it that way!”
What is the Bitcoin currency?
Panasonic Smart Mirror offers Beauty Tips