India is burgeoning with a new breed of erotica writers post the phenomena of Fifty Shades of Grey. Let’s look at the gems of Indian Erotica.

"It is a book about desire, about touch.”

India and Indians are considered rather prudish when it comes to discussing sex and sexuality. The terms are taboo subjects which are discussed in hushed tones.

It is so ironical that India is also a land where Shiva’s ling is being worshipped for centuries.

However, the ‘Kamasutra’ has not been the last text in that particular category. Several Indians have dared to write literature on the risqué genre of erotica.

We warn you that you might have to camouflage them with another cover if you plan to read them in public. 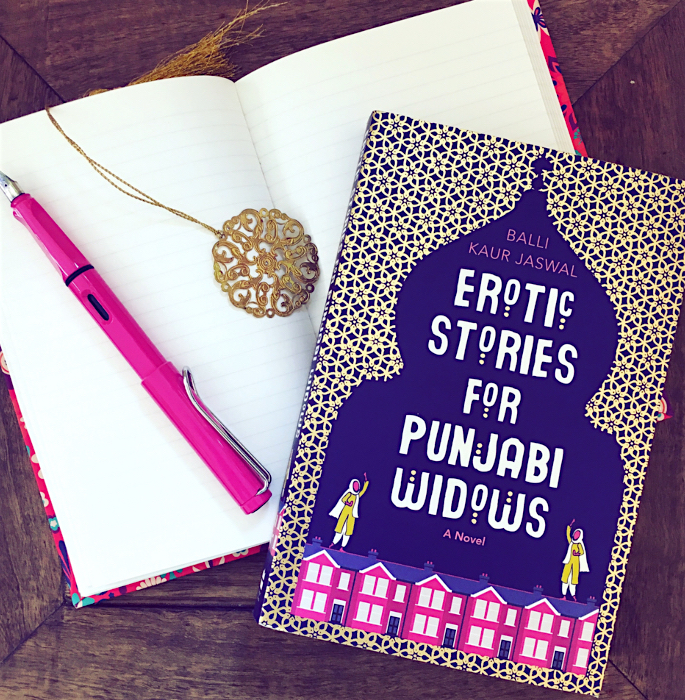 These stories of wild sexual escapades are weaved into a larger narrative which evokes humour in some places and makes bold political commentary at other times.

What begins as an English class somehow spirals into secret sessions where women share stories based on their sexual desires and fantasies.

These stories which are set in Desi Punjabi setups and are as wild and spicy as you can imagine them to be.

Handbook for my Lover by Rosalyn D’Mello 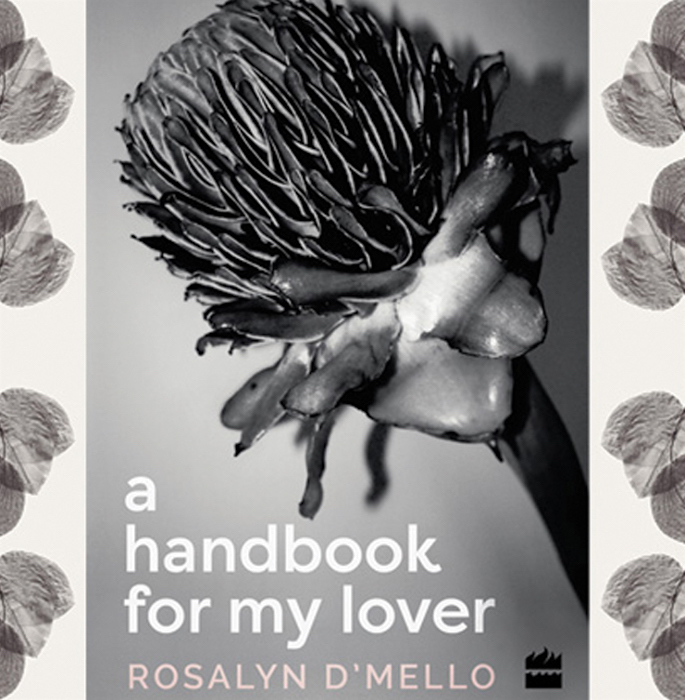 The next Indian erotica on our list is a very brave attempt on the part of the author as it is a memoir and not fiction.

For a woman, to reveal her sexual encounters, feelings, and heartache for the general public to read in a country like India is not an easy feat.

It is based on her unconventional relationship with a man thirty years her senior. The book traverses the complexity of their emotional bond and physical relationship.

She also explores self-stimulation and the act of pleasuring oneself in the book amongst other aspects of sex and sexuality. D’Mello said:

“The language I use in the book is sensuous and poetic, and it attempts to go beneath the surface. It is a book about desire, about touch.”

The Parrots of Desire by Amrita Narayan 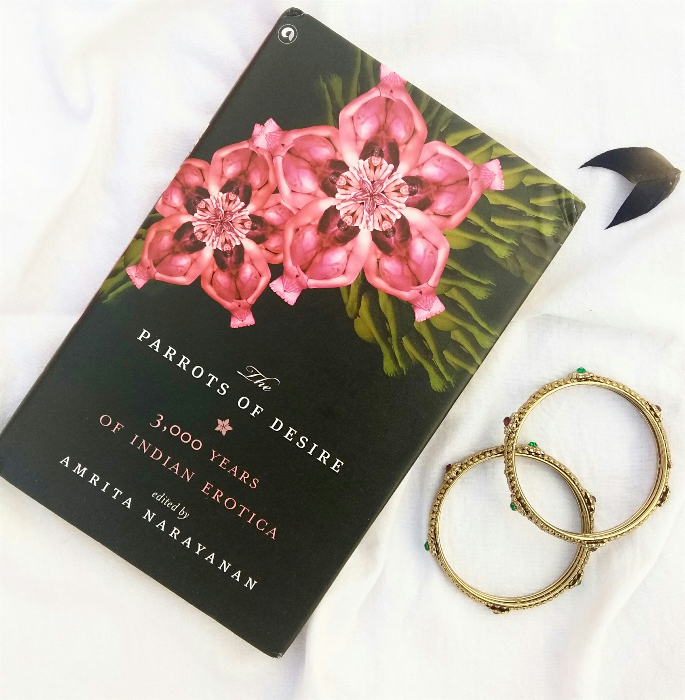 Amrita’s book is an anthology of Indian erotica spanning thousands of years.

The author intends to establish the fact that a desire for sexual intimacy is human and as much Indian as anything else as opposed to the accusation of it being an influence of the West.

The objective is to unearth and piece together texts, stories, and other literature on carnal love in Indian Literature.

The book is a treat for those in search of Indian erotica from the past as well as the present. 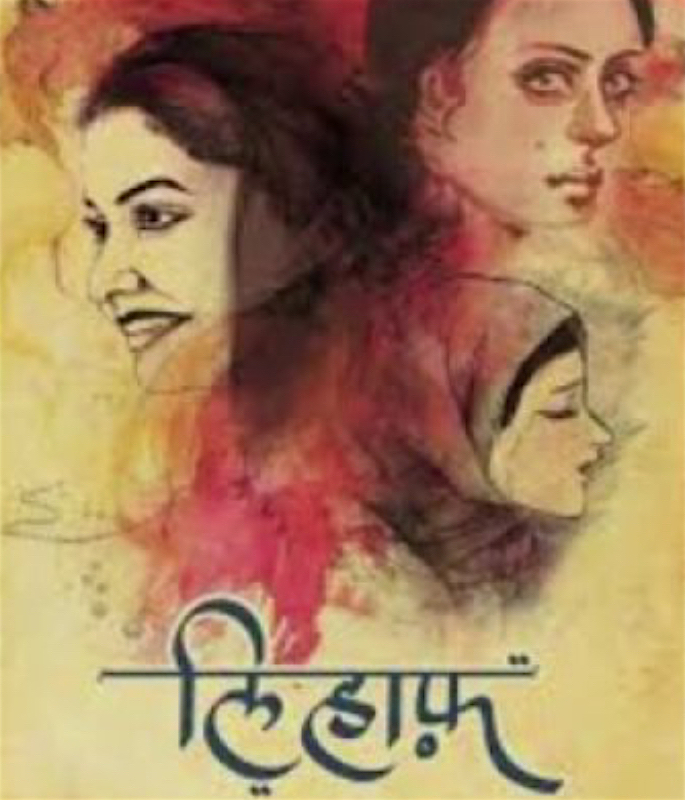 ‘Lihaaf’ is a short story which created a major controversy. Its author, Ismat Chugtai, had to defend herself in an obscenity trial in Lahore court when it was published in 1942.

She barely used any vulgar or obscene words in her writing. Yet, it was the theme of homosexuality that offended a section of society.

The story is narrated from the point of view of a child. The child witnesses the lovemaking of her aunt and her servant happening under a quilt. 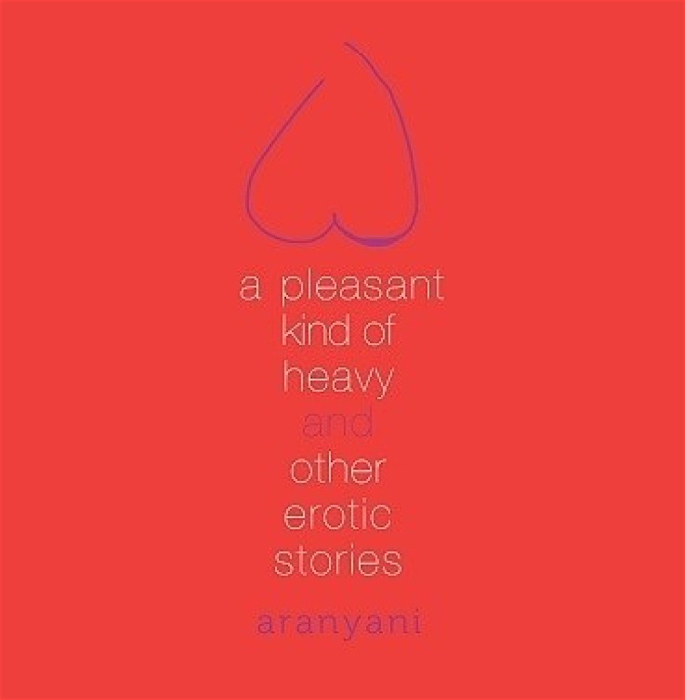 Once you read this book you will understand why the author chose not to reveal her true identity to the general public.

It is a collection of nine short stories that are replete with sex, seduction, kink, and all things related to them. 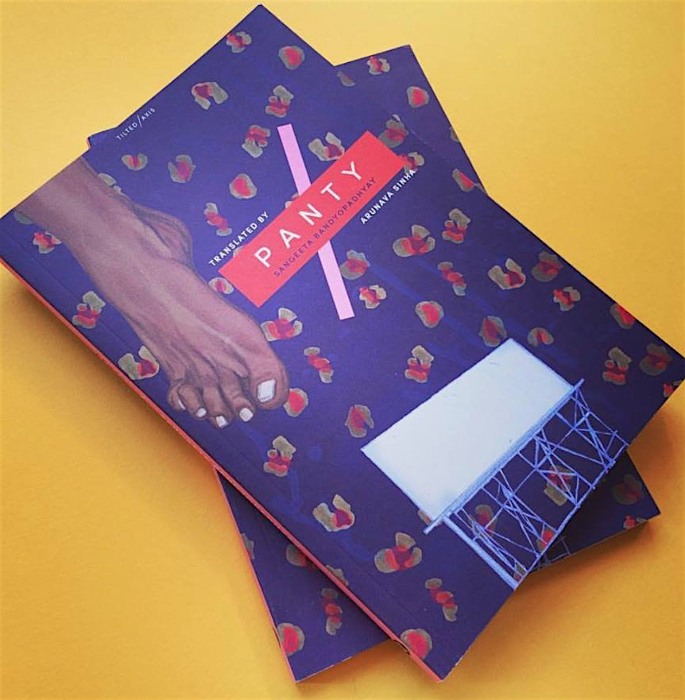 The novel is named after soiled underwear that the protagonist finds in an apartment she shifts into in Kolkata.

The protagonist is so lonely that she finds a sense of companionship in that used underwear and wears it instead of throwing it away.

It is after wearing the underwear of another woman that evokes sexual desires in her as if she just needed an excuse to indulge in sexual encounters.

It is the story of a lonely woman in the city of Kolkata in search of love and intimacy. 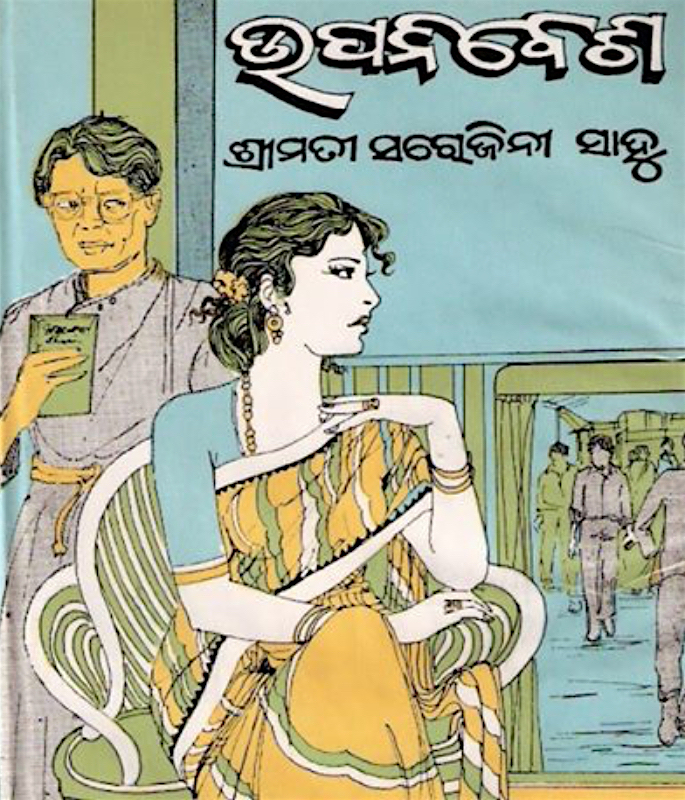 Sarojini Sahoo, who has also been awarded Oriya Sahitya Academy Award, is known for her bold and feminist writings.

Her novel ‘Upanibesh’ is no different which looks at the sexual liberation of a woman as a form of a feminist revolution.

The protagonist Medha does not desire to marry and spend the rest of her life with one man.

She wishes to lead a bohemian existence with the ability to change her sexual partners as and when she wishes to.

Sahoo’s literature is often termed as sex-positive feminism and you must give it a read solely for that. 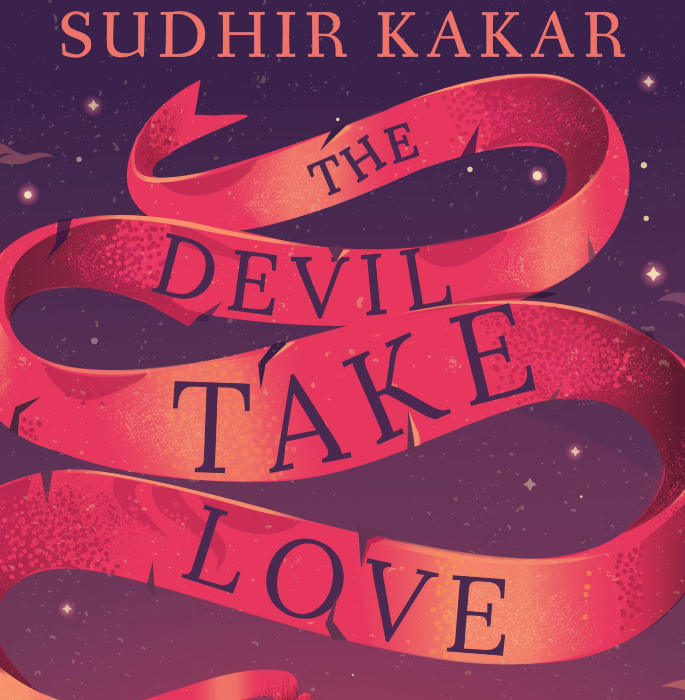 Sudhir Kakkar imagines the world of the famous Sanskrit love poet Bhartrihari back in Ujjayini of 7th C.E. in his book ‘The Devil Take Love’.

Amidst the detailed description of the life and times of Ujaayini of Bhartrihari’s times, Kakkar also weaves in equally detailed passages of love, lust, and eroticism.

The author has written beautiful passages on the art of seduction and lovemaking, amongst elaboration on life and its realities, while narrating the story of Bharttihari. 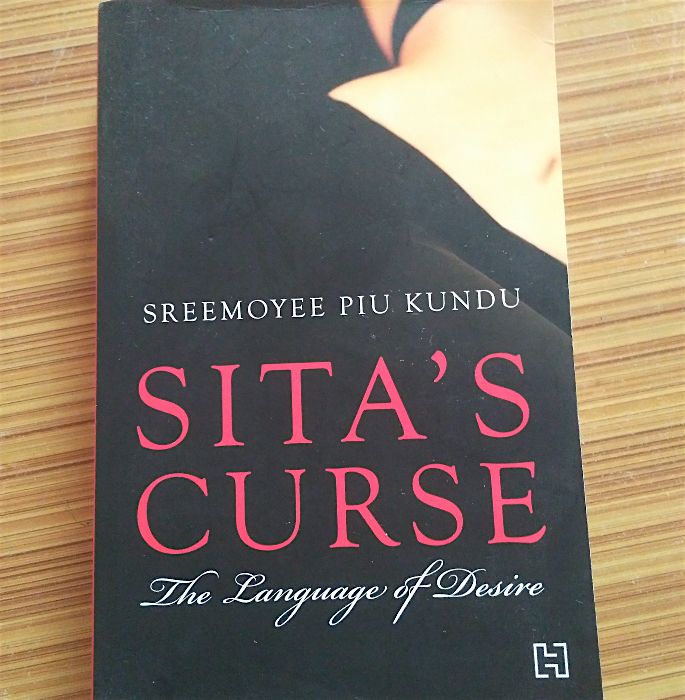 Kundu’s erotica is about sex, sexuality, and more.

The novel is also a commentary on the repressed sexual desires of an average Indian woman. She is expected to commit her loyalties to her family even when she does not get them in return.

Meera, the protagonist spends years in a married life where her emotional and sexual desires are ignored.

She eventually experiences a sexual reawakening and breaks the middle-class shackles of meaningless domesticity.

The book does complete justice when it comes to describing the sexuality, needs, longing, and desires of a woman.

Play with Me by Ananth Padmanabhan 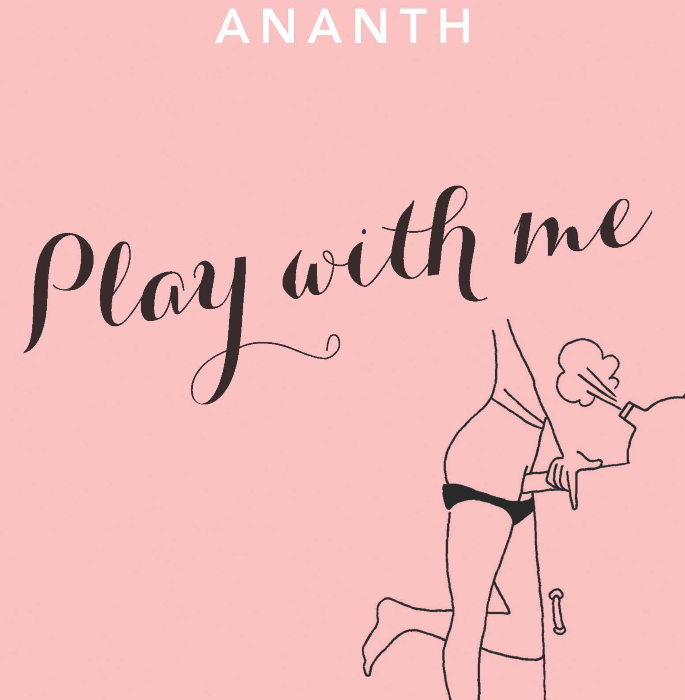 The debut novel of a Penguin publications’ sales executive Ananth Padmanabhan revealed the book is a tribute to pleasure. She said:

“It takes relationships beyond emotions and is about the power of touch and celebrates the joys of sex.”

The books are about the sexual adventures of a photographer who finds himself in love with two women.

The epigraph of the book reads, “for the pursuit of pleasure, and the pleasure of pursuit”.

Losing my Virginity and Other Dumb Ideas by Madhuri Banerjee 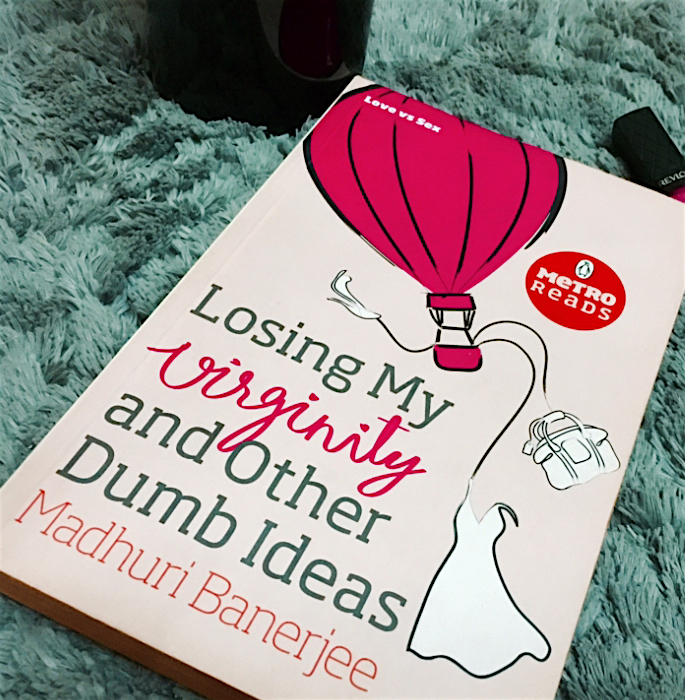 This one is the story of Kaveri, a woman who has turned thirty while waiting for true love in life.

On her 30th birthday, she decides to take control of her love life and find a man to lose her virginity with as she had waited for love too long.

Thereafter, begins a series of sexual encounters. She discovers various aspects of pleasure, love, and life.

This one is not a very deep and poignant piece of literature. However, if you are in the mood for a quick chick-flick then this is the one for you. 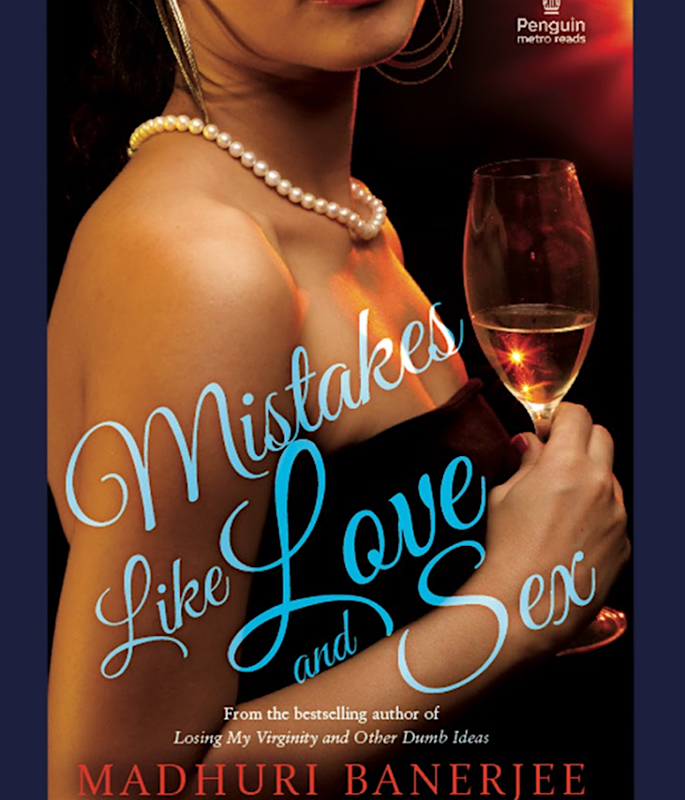 A sequel to ‘Losing my Virginity and Other Dumb Ideas’, this book continues with the story of Kaveri who was introduced in the prequel.

The sequel is as steamy as it predecessor in stories of steamy sex, love, and infidelity. Kaveri even shares a sexual encounter with a Bollywood heartthrob.

In the age of millennials, quickies, and one night stands, Kaveri tries to dig for true love while also getting caught in some steamy action.

The book is a quick read full of seduction, pleasure, and life lessons intermingled with each other. 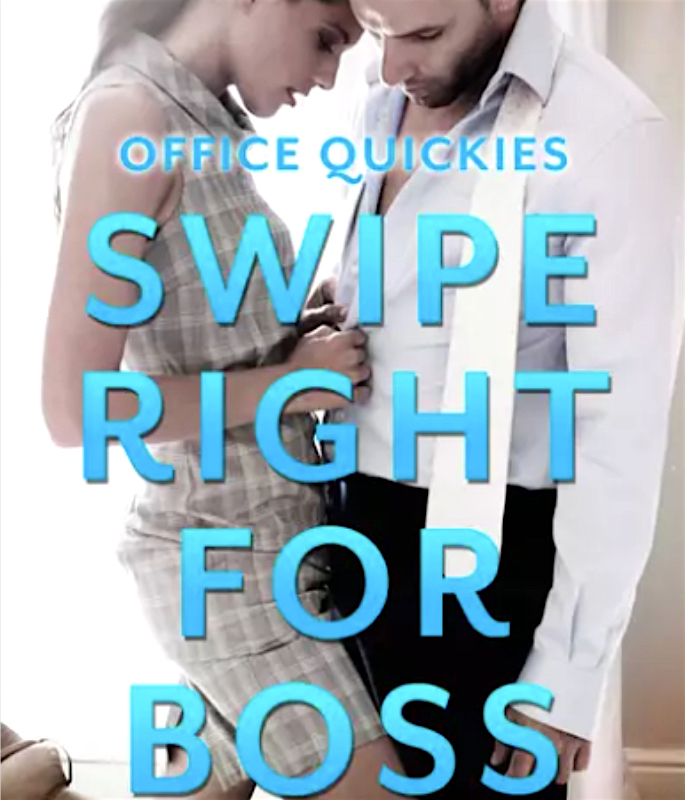 One of the most popular characters in sexual role-plays is that of a boss and an employee. In her first book, the author Sanjana Chowhan weaves a story of these most fetishised sexual roles.

The lead character is hooked to exploring potential partners on a dating application. Soon her colleagues set her up to meet a man for a date who turns out to be her boss. 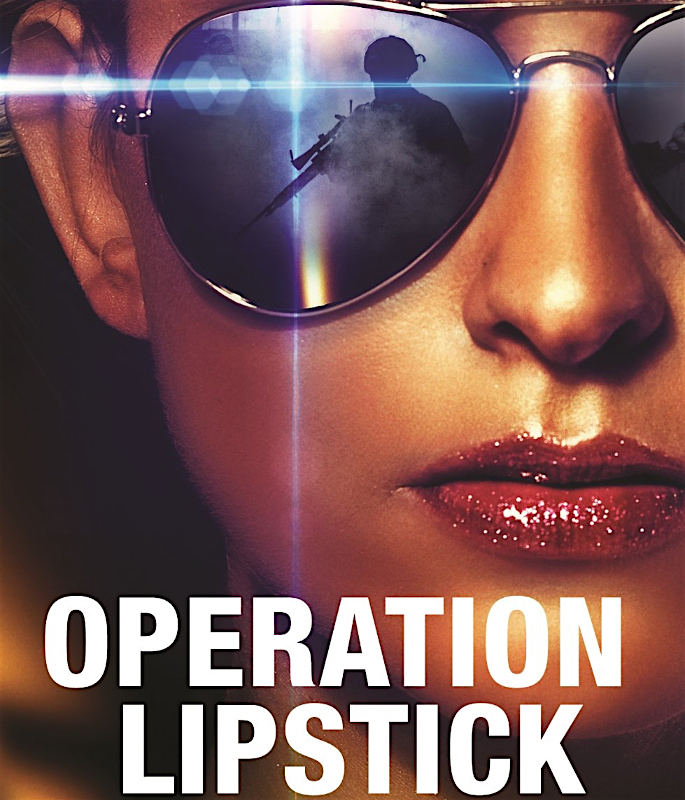 The modern Indian erotica is not about coy virgins anymore but about experienced adult women who know their way around sex and life.

The protagonist of Heikkila’s novel ‘Operation Lipstick’, who is a war journalist, is one such character.

She is strong, bold and knows what she wants in life and from men in her life. This gives her a fiery sex appeal.

The book follows her life in one of the most dangerous places in the world along with her search for the man of her life.

Summer in Calcutta by Kamala Das 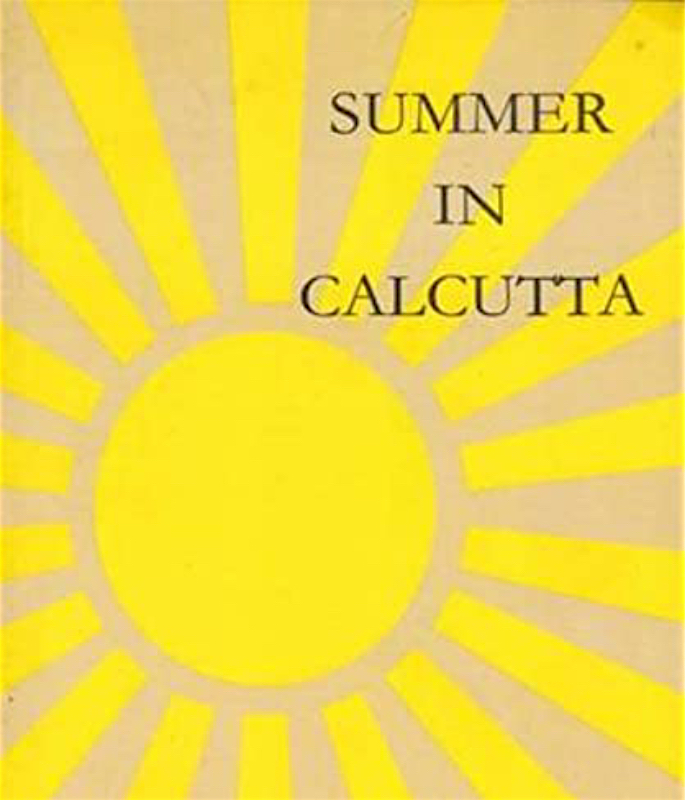 Kamala Das and her work are classics beyond critique. ‘Summer in Calcutta’ is the title of one of her poems which is also the title of an anthology of fifty poems.

Released in 1965, the book was described as a “parcel of dynamite” by O.J. Thomas. This was because of the uninhibited discussion of a woman’s body and desires in her work.

Her poems can be enjoyed by intellectual elites as well as amateur readers.

Parul is a reader and survives on books. She has always had a penchant for fiction and fantasy. However, politics, culture, art and travel intrigue her equally. A pollyanna at heart she believes in poetic justice.
Most Popular Pakistani Wedding Traditions
Top 7 Funny Indian Wedding Videos