Pakistani weddings are filled with merriment, food and an array of traditions. These conventions are what make them unique.

“It was one of the most difficult things ever"

Pakistani weddings are grand affairs consisting of numerous rituals and various traditions throughout.

They do not culminate in a single day, rather on average they last over a week or even two.

Whether you opt for a lavish wedding or a modest one Pakistani wedding traditions are a must-have.

At large, Pakistani weddings include a nikkah, mayun, mehndi, baraat and walima.

However, it does not stop here. In fact, Pakistani weddings are embedded with cultural traditions that add to the vibrancy of the events. 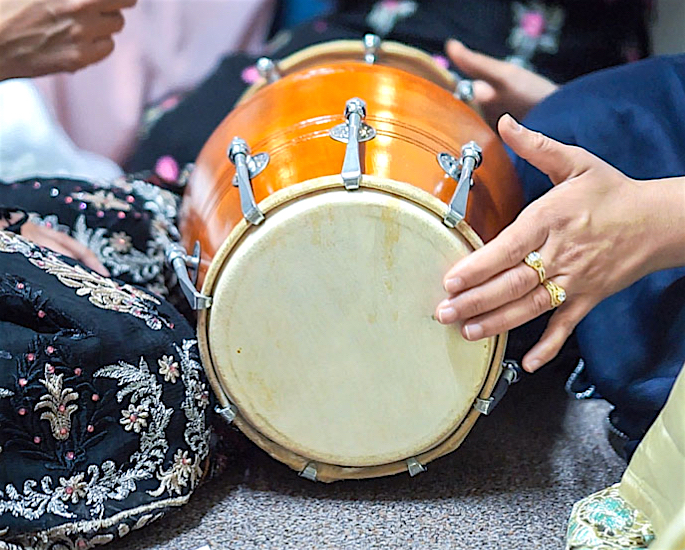 Typically, Pakistani weddings begin with a dholki ceremony which is a part of the pre-celebrations for brides.

This is a ladies-only celebration consisting of family and friends and usually takes place in the week leading up to the mehndi event.

Previously, only the bride’s family and friends would be invited to the dholki night, however, times have changed and some families invite the in-laws to attend.

Traditionally, during the ceremony, women of all ages gather around with one playing the drum also called a dholki with another sitting opposite with a metal spoon tapping against the dhol.

The women play the drum and sing popular wedding songs which are related to teasing the bride, groom and often the mother-in-law.

There is no doubt the dholki celebrations are filled with laughter, happiness and joy. It is certainly the perfect way to kick-start Pakistani weddings. 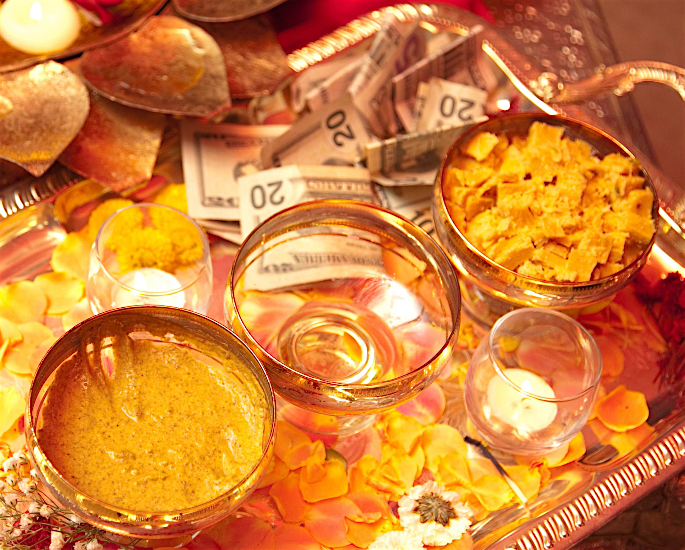 Another pre-wedding customary Pakistani wedding tradition is the mayun ceremony.

The event takes place at the bride’s residence amongst family and close relatives.

Traditionally it was known as the beautification tradition in which haldi is applied onto the bride’s skin.

The haldi paste is made from turmeric, sandalwood powder and other oils. It is commonly bought by the groom’s mother and sisters who then apply it to the bride first.

Beside the haldi tradition, the bride’s close friends tie a gana (garland string) onto the bride’s arm.

Alongside the traditions, there is a lot of food, singing and dancing.

The bride’s outfit, makeup and hair is usually kept simple and minimal because of the haldi rasam.

DESIblitz exclusively spoke to Miss B, who recently got married. She revealed that the mayun was her favourite ceremony. She said:

“Pakistani weddings consist of a lot of different traditions and events but without a doubt, as a bride, the mayun was my favourite.

“This is because it was the most stress-free ceremony for me as a bride and my family. I got to sit back and relax while everyone took it in turns to apply haldi on me.

“Also, it was a great opportunity for everyone to let their hair down and dance the night away. My mayun lasted until late at night.”

Undoubtedly, the mayun is the perfect ceremony to alleviate any wedding stress and lighten the mood. 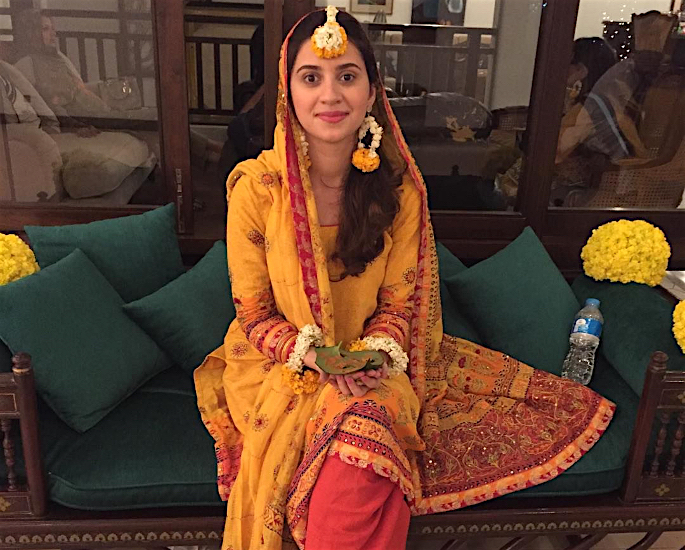 Up next is usually one of the most-loved events, the mehndi. The mehndi can be held as separate events by the bride and groom, or the families can come together to throw one lavish ceremony.

The highly-anticipated mehndi celebrations are filled with dance sequences performed by family and close friends for the couple.

This, of course, is dependent on the family’s preference but sometimes the couple prepares a dance of their own for the guests.

In true Pakistani wedding style, the elders gather around the bride and groom and put leaves on their hands.

The elders then put mehndi on the leaf, oil in their hair and feed them something sweet usually mithai.

The conventional colour for a mehndi bride is yellow, however, over the years this has changed and various mehndi themes have been adopted.

These include a multi-coloured theme, a majestic Mughal theme and many more depending on the bride’s preference.

During the mehndi celebration, the bride’s hands, arms and feet are adorned with beautiful and intricate designs.

It was believed the darker the colour of a bride’s henna the more her mother-in-law loved her.

For the groom, he traditionally wears a vibrant kurta while his close male friends and family wear colourful neck scarves usually to match the theme.

Also, another cultural tradition that takes place during the mehndi ceremony is giving out something sweet to the guests.

Typically, bags of sugar or mithai are distributed amongst the guests as a way of thanking them for attending. 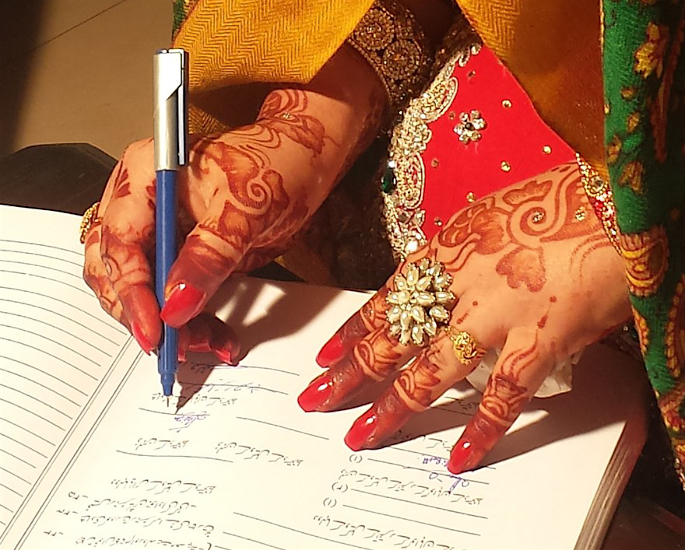 The most significant part of the entire Pakistani wedding ceremony is the nikkah also known as the marriage contract.

The couple exchange vows in front of witnesses and is tied together in sacred matrimony.

The bride and groom must say “kabool hai” which means “I do” three times each, thus binding them in an everlasting relationship.

After this, they each sign the marriage contract knowns as the nikkah-naama which includes the terms and conditions agreed by the couple.

Instantly, after the marriage contract has been signed, the groom’s family hand out wedding favours to all the guests in attendance.

This tradition is considered as an act of joy and merriment.

Interestingly, the nikkah can be held either before or after the dholki, mayun and mehndi or on the day of the baraat. This depends entirely on both families. 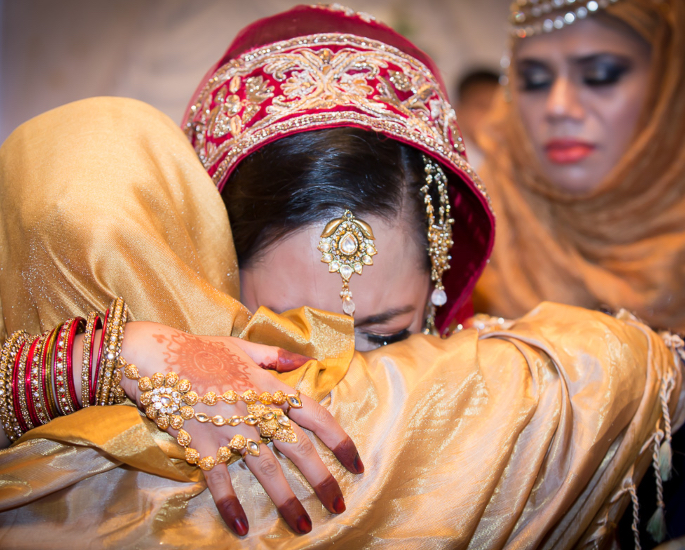 Next up is the baraat ceremony which is usually considered as the ‘bride’s side’ wedding ceremony because it is held and organised by them.

During the baraat day, another Pakistani wedding tradition is carried out.

Upon the arrival of the baraati (groom’s family), they are stopped at the door. The bride’s sisters stand at the door with a glass of milk for the groom.

In return of the milk, the groom must give money to his sisters-in-law before they let him in.

Another tradition involves giving money to the bride and groom. Referred to as salaami, those in attendance go on stage to congratulate the couple and give them money as a token of happiness.

Alongside the extravagant décor, the guests are treated to delicious food including roasts, sheesh kebabs, pulao, biryani, curries, halwas and more.

The dress code for this day includes a lehenga bought by the girl’s family who also gifts their son-in-law a sherwani which he wears on this day.

The baraat day is certainly the most stressful day throughout the entire wedding events.

This is because of the heartfelt departing ceremony known as the rukhsati which is considered as bidding farewell to the bride.

Despite the happy occasion, the baraat is tinged with tears of the bride’s family who must send their daughter to her new home.

Miss B recalled her emotional rukhsati on the day of her baraat. She said:

“Despite the food, music and decorations, all I think back to is the moment my father gave my hand into my husbands and him saying goodbye as he cried.

“It was one of the most difficult things ever and it is something that you are never quite prepared for no matter how much you may think you are.”

After the rukhsati, the groom’s side takes the bride to her new home where they carry out more cultural traditions.

Before the bride enters her new home, she must step on cotton and is then given money by her father-in-law.

Another post-baraat tradition involves a competition between the couple.

A bowl of milk usually with rose petals is placed in front of the couple. Another individual throws in a gold ring into the milk.

The couple must then find the ring in the milk. This is repeated three times and the winner keeps the ring. 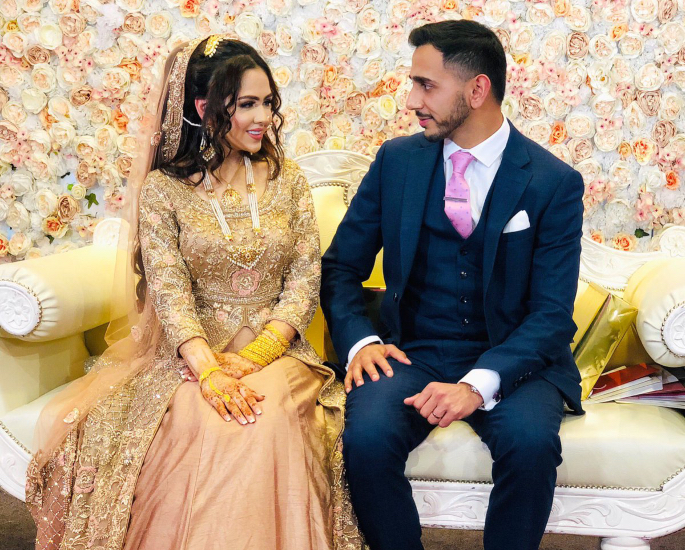 The final event of a Pakistani wedding is the walima. This day is the grand reception hosted by the groom.

The walima is the perfect way to end the series of wedding ceremonies. It is a relaxed celebration for everyone to enjoy without the stress.

On this day, it is a tradition that the bride wears a lehenga that is gifted by her in-laws while the groom wears a suit.

The décor and food are both lavish with loud music to compliment the vibrant setting.

After the lavish walima, the bride conventionally returns to her maternal home.

A day or two later, her husband and in-laws visit her maternal home where they officially take the bride home.

Pakistani wedding traditions do not end here. In fact, another tradition called the makhlawa is adhered to.

This is when the family members and friends invite the newlywed over for lunch or dinner.

Undoubtedly, these numerous traditions are the life and soul of Pakistani weddings and are what makes them exceptional.

Every tradition contributes to celebrating the lifelong union of the bride and groom. A Pakistani wedding would not be complete without these traditions.