Punjabi weddings are typically extravagant and reflect a strong culture. We showcase some of the popular rituals and ceremonies.

When we think of Punjabi wedding traditions, the first image likely to pop up in our heads is a loud ceremony and lots of dancing.

However, there is so much more to Punjabi weddings than just the obvious.

There are many rituals, some of which may be unheard of or lesser-known.

Many of the Punjabi wedding traditions go back to the pre-partition days, during an undivided India.

We showcase 5 Punjabi wedding traditions that take place in India.

This is when members of the groom’s family visit the bride’s household with gifts. These include sweets, jewellery and a red-coloured outfit such as a sari or lehenga.

They also give a red chunni or chunri, which is placed over the bride’s head. This ceremony is traditionally called the chunni chadana.

In most Punjabi families, the sagai or engagement ceremony also takes place on the same day. 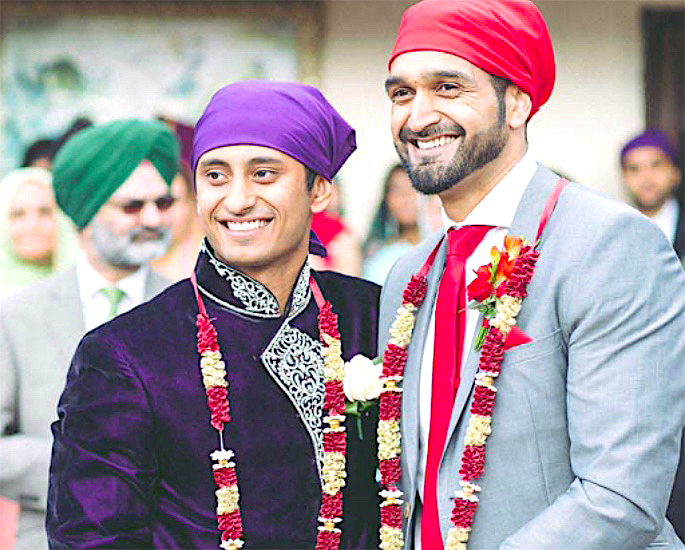 This is one of the most hospitable and welcoming ceremonies of the wedding. The bride’s family gives a warm welcome to the groom and his guests (baraatis).

Some Punjabi families also include an aarti ceremony. Family members from the groom’s side meet the corresponding relatives from the bride’s side.

In most Punjabi families, family members exchange garlands and sometimes gifts and sweets.

While the bride and groom are busy with the wedding ceremony, the bride’s sisters and female family members hide the groom’s shoes.

They later demand a ransom from him, if he wants them back.

After plenty of bargaining from both sides, they agree and the groom pays a certain amount of money for his shoes.

This tradition is fun and lighthearted. It can also be seen as a method that helps break the ice between the bride and groom’s families. 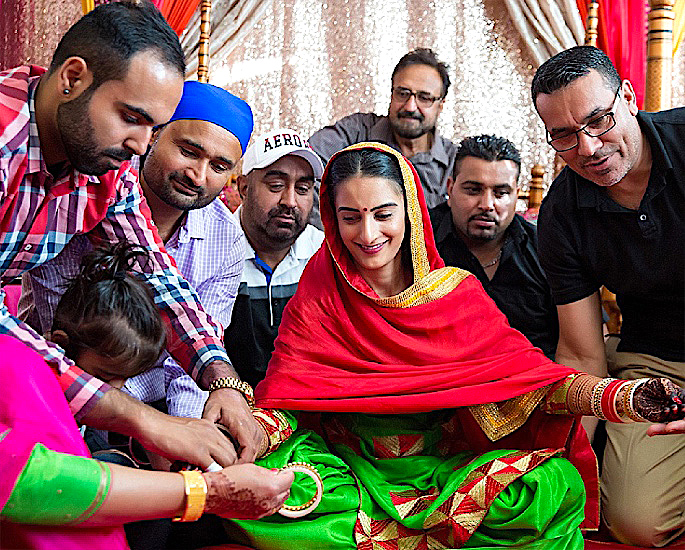 A choora is a set of traditional red bangles that is given to the bride by her maternal aunt and uncle.

The choora is traditionally worn by the bride on her wedding day and for a period after. It is common for the bride to wear her choora for fourty days.

However, the bride is traditionally expected to wear the set for a full year.

This is a day after the wedding, the newlyweds are invited by the bride’s family for a gathering. Close family and friends of the bride also attend the get-together.

The new couple is often welcomed with a grand lunch or dinner.

In some Punjabi households, the bride remains at her home for three days until her groom returns to take his bride back to his house.

This tradition is referred to as the pag phera ceremony, phera dalna or pairi pauna (touch feet of elder).

Rituals and traditions aside, Punjabis are typically loud and fun-loving people and this is also reflected in their weddings.

Whilst Punjabi weddings are full of merriness, their weddings also adhere to old traditions, albeit with a modern twist to them sometimes.