Traditions are passed on through generations. But gradually, British Asians are losing many traditions brought over to the UK by their parents and grandparents.

From the early 1960’s to the early 1990’s, South-Asians developed a close-knit community in the UK.  Further to leaving their homeland to seek a new life in a white dominated country, holding onto their traditions, values and culture gave them a way to retain their links back to their homeland and origin.

It can be said that most of the South Asians originally coming to the UK did not anticipate staying, and majority of them worked and sent money back home with the aim of returning.However, this never happened and the next generations known as ‘British Asians’ were born, who began to accept the UK as their home and country.

The newer generations found it easier to adapt to the UK compared to the immigrants.  The offspring attended British schools and universities, educated themselves and secured jobs in different industries compared to those originally resulting in work.

The settling of South Asians in the UK saw the transition from a working class way of life to a more integrated, professional and business orientated lifestyle.

This integration has resulted in the loss of traditions. Many of the traditions followed by South Asians are no longer followed due to British Asians adopting more Western ways in order to develop an identity for themselves. Here are some examples from many.

You will find that many British Asians have English names like Steven, Peter, David, Anne, Sheila etc.  Some are alternative names for their real name, others are actually their real name.

So is this practice just a way to blend more in the Western culture? Does it make pronunciations of their names easier for those who do not speak South Asian languages? Surely, a name is the basis of your identity and therefore, keeping an authentic name provides a definition of your cultural origin.

Many children can only speak English and not a word of their own mother tongue.  This causes problems if the grandparents reside in the same household, producing a language barrier between the two generations.

So do parents no longer value their mother tongue as important like their parents? Will English dominate in Brit-Asian households? Many feel that this is the a major loss to the communities once proud of their language.

Arranged marriages are decreasing and love marriages are increasing. Couples are even living together much more. The concept of finding your own and marrying them is now more acceptable than in the past. 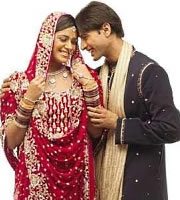 The days of the ‘vichola’ (the middle person who arranged family meetings between suitable matches) are diminishing because many think it is not right for somebody else to find you a partner and tell you who to marry. The fact that many British Asians prefer to find there own is because they want to know the person prior to marriage or commitment.

The general expectation of most South Asian parents is for their child to seek and marry a person from the same background i.e. culture, religion and even caste.  However, this has changed with interracial marriages becoming increasingly common and the tradition of staying within the boundaries no longer being followed.

Traditional  families see this change as a ‘bad thing’ and feel that only parents can find suitable matches.  They cannot accept that young Brit-Asians prefer a relationship before marriage and do not want to get married how their parents did – not see the groom or bride until the day of the wedding.

Is this modernisation of relationships a good thing? Many feel that because families are not involved in arranging marriages, it is a possible reason for so many divorces amongst British Asians.

For South Asians cooking and meals are a huge part of their lifestyle. However, the tradition of cooking freshly every day, eating ethnic foods often and encouraging youngsters to learn the basics of cooking ethnic food for their future lives has began to erode. 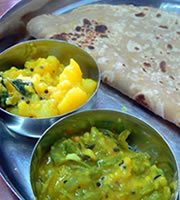 There is a major rise in British Asian girls especially, who now cannot or even will not cook some of the typical Desi dishes or make chappatis, rice etc. This was once a major requirement of a girl, especially for marriage. The tradition of not seeing men in the kitchen has also changed, men are playing a more active role in the kitchen and domestically, compared to the past.

Western foods are being eaten more  in British Asian households. For example, Pizzas, Pasta, Chips, Burgers etc. Eating out and take-aways are also part of this new lifestyle. Some would now question the validity of which is healthier – traditional or newer diets?

Is the move from traditional cooking and foods towards more ‘quick’ food substitutes suited to British Asians? Have people just become more lazy or too busy to cook proper home made Desi food? A tradition once enjoyed by so many seems to have now lost its appeal.

A tradition exists for naming a newborn baby.  A letter is usually given by a priest at a local place of worship, as the first letter to be used for the name. This is like blessing and good luck for the child. But today many do not consider this option and name the child themselves.

Many bridal and wedding traditions have now been forgotten or ‘modernised.’ For example:

Pregnancy has many traditions associated with it. For example, Young Asian pregnant women are not to go out much to avoid so people’s evil eye (‘nazar’) and, after birth, the mother and child are not allowed out of the house for a certain number of days.  Many people treat these myths today.

So are British Asians integrating too far into the Western culture?  Has the integration and new ways damaged and destroyed the traditions upheld by previous generations despite where they were in the world? Do you think traditions are important to you? If so, why? What makes some traditions more important than others? Tell us what you think.

Sandy likes to explore cultural areas of life. Her hobbies are reading, keeping fit, spending time with family and most of all writing. She is an easy going, down to earth person. Her motto in life is 'believe in yourself and you can achieve anything!'
Congress wins in 2009 Indian Elections
Navratri in Birmingham