‘Living In’ a Growing Indian trend

The trend of ‘living in’ is growing in India and the ramifications of this change are testing the traditional versus modern way of life.

couples are defiantly taking the option of 'living in'

Living together was never really an option seen in the past amongst people from India, Asians in the UK and other desi people abroad. However, this has dramatically changed over the last decade or so, where this kind of cohabitation seems have become an option, especially in India, due to the many advances in the country. It is called ‘living in’ and for it to be considered by couples before marriage or instead of marriage in India, it has its challenges.

With the growing modernity and urbanisation, the status of ‘living in’ is a growing trend in India but continues to be a question. This change in habitat between couples compared to the traditional route of living together after marriage is not as easy as it seems to be. It is the definition indeed which has a lot of loopholes. Is it just living together like two separate entities? Is it sharing of the expenses and eating in or out together? Or is it just like a marriage without the social and legal registration, without the baraat and baraatis, saas and bahu, and no divorce acrimony? 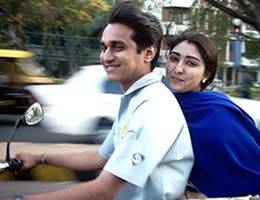 Things look hunky-dory initially and despite the social taboo, couples are defiantly taking the option of  ‘living in’, and sharing lives as single partners, boyfriend and girlfriend and so on. But when things turn sour, it becomes complicated. Especially, in the legal scenario in India, as it is not properly defined and this creates a lot of problems. Many questions arise, when such a relationship breaks up. For example, how will the share of the financial wealth be divided? What if an offspring is born, will the the child be legal or not? So on and so forth.

Living together in this manner has become the norm for many in the West and has slowly spread across to the Asian sub-continent as well. This way of cohabiting is seen as a way to check if two individuals could stay together for a life long commitment or not. Thus, making it easier to walk out, if things do not work out, unlike in a marriage, where there are a lot of social and legal hassles. But the problem lies in how far a living in relationship goes. When individuals get emotionally attached (in some cases, even financially) and physical intimacy is present, then the lines defining the relationship become blurred. Because then the independence of a ‘living in’ relationship ceases to exist and what results is a total hotchpotch.

Recently, the Maharashtra government in India, cleared the proposal to provide ‘living in’ relationships a legal standing. This will give women in such relationships the status of a ‘wife’. Any offspring born of this relationship will also have equal rights to wealth and property, as a child born to married parents.

But there are two sides to the coin. If people are so eager for commitment, why not get married? With this proposal , there won’t be any difference between a marriage and a ‘living in’ relationship. With these relationships not being registered but having the same status of a marriage, problems are bound to arise due to no real clarity of one versus the other. On the other hand, giving ‘living in’ relationships a legal standing will remove the social taboos it holds, paving the way to give individual more choice over who they decide to live with and develop relationships.

A good thing or not, it will be interesting to see how this particular trend pans out.

Based in Punjab, India, Ivneet likes to share the cross-cultural changes taking place in India as compared to the West. She enjoys reading and selectively writes about particular aspects of Indian life as seen and experienced by her.
South India attack on Girls in Pub
Desi Marriages of Convenience