The Growing Trend and Dangers of Sending Nudes

Nudes are fast becoming a popular trend, but there are a few things to remember before anyone decides to send a racy picture.

"I know lots of school mates sending semi-nudes and nudes."

Nudes – something maybe many of us most likely shy away from, whilst some of us switch that camera on and reveal all.

Maybe your new girl/boyfriend wants to see what you look like underneath all those layers of clothing (if they haven’t already) and because you love them, you’re perhaps eager to please.

Or perhaps adding nude selfies into the mix are the newer way of dating, where it is becoming more of an unexpected norm.

After-all, secretive relationships are common in the Asian community, especially, if your parents won’t allow you to date. And this is one way you think you can easily attract the opposite sex from the convenience of your smartphone.

Whatever it is, you should take into consideration a few things before you hit that send button.

What Would your Parents Say? 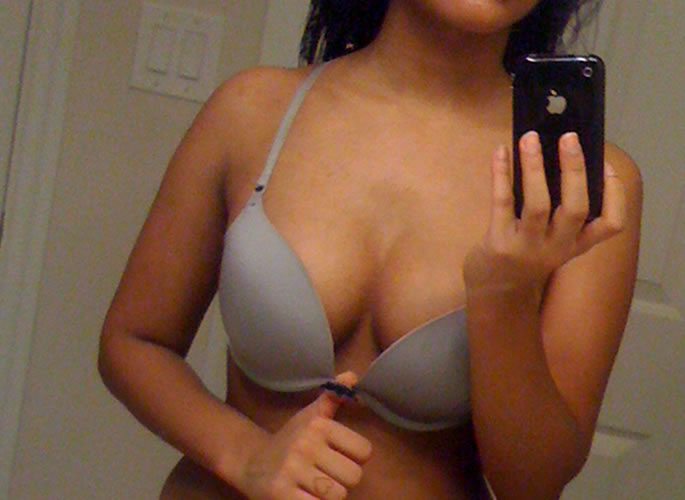 Nobodies parents will want them to do this. They’d be shocked because Asian boys and girls are not to be seen parading themselves fully naked or partially nude in smartphone photos, and it would be seen as a very shameful thing to do.

For the majority of Desi parents, their generations would not be able to see the sensibility in such an act and it would definitely not be something to be proud of. Respect, dignity and self-regard are very key attributes within the Asian community.

To the newer generation of young Asians dating in the Internet age, this may not be such a big deal, but it’s worth remembering that the majority of Asian parents would still expect you to be practicing the ‘no sex before marriage’ rule and sending a nude to them would probably be the same as you ‘losing your virginity’.

Zara Ahmed, 29 from Blackburn is a mother of two, says: “I would be really disappointed to think my children would need to send nudes to keep someone interested. I would want them to have a bit more self-respect.”

This is a common view and while some of us want to stay innocent, we also want to explore our sexual nature and curiosity.

In the heat of the moment, it’s hard to decide when you want that girl/guy so badly and you are in that zone, but you also know in the back of your mind the drastic impact it would have in your household if someone found out.

Do you really know where your nudes are going?

If you’re sending these pictures through Snapchat or any other app or chat messenger, then there’s definitely no guarantee where it’s going to end up.

Tina Gupta, 18, a student, says: “I know lots of school mates sending semi-nudes and nudes. Many of them just do it for a laugh and avoid showing their face. Most of them use Snapchat because it’s supposed to delete everything.”

There’s been some serious debate over where the pictures posted through Snapchat really go. Snapchat is famous for its 10-second stories, but behind the scenes – these pictures are said to be saved.

According to The Daily Beast and Chicago Now, the Digital Forensics Company discovered the truth behind Snapchats images. The company claims that a hidden folder is where Snapchat pictures end up.

A file extension protects the images from view, but Decipher Forensics have found a way to obtain them. The company typically charges around $300-500 for the pictures.

There’s no reason why someone with good programming skills, couldn’t somehow obtain these images if they’re simply in a hidden folder.

Also, what is stopping a person taking screenshots of the chat and images when you send them and saving them? You do not really know they could be even doing this without your consent.

So, those intimate images you might want to send might find their way to the wrong people.

Sending nudes over any social media does not guarantee they will be safe. Data still gets stored somewhere, even if it is a digital trail of some kind.

Sonam S, 27 from Singapore says: “If I was going to send a nude, I would assume the app has no way of recalling pics or allowing other users to screenshot it.”

“No judgements whatsoever. People are free to do what they want, but there’s a possibility someone might use nudes as an ammo (ammunition), so it’s better to be safe.”

Can you really trust the person you’re sending it too? 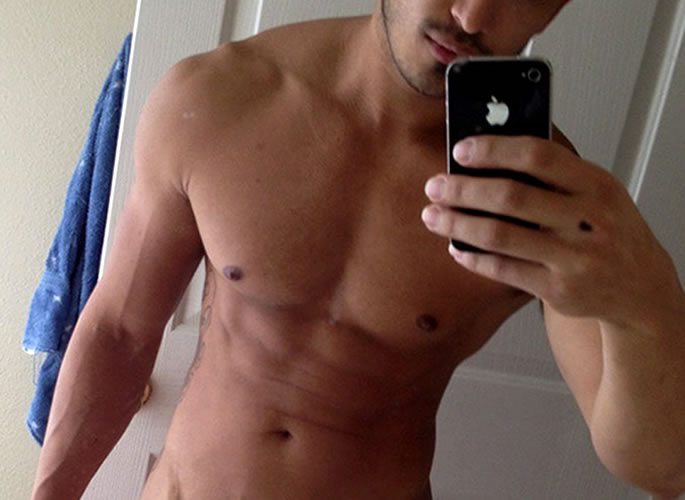 The person receiving the nudes may not keep it to themselves. This person might be trustworthy whilst in a relationship but, what happens if there is a breakup?

There have been previously reported stories of young Asian girls finding themselves the subjects of controversy and scandal when an indecent picture or video has gone viral.

This causes a lot of trouble for the family involved. The Asian community sees this as a mark of shame upon the family and future interactions may be avoided.

“I know of a girl who has sent nudes to her boyfriend. Later, she dumped him. He said he was going to send her nudes to everyone in our WhatsApp group.”

It is very easy today, to be allured into a false sense of security when you are dating, where the other partner assures you the images are safe or will be deleted. But what if their phone gets stolen, they lose it or even it is given in for repair?

Deepak Shah, 19, says: “A friend of mine sent his phone away for repair. But when it came back he was positive it was not his phone but the company said it was. What bothered him most was that he had nudes of himself on the phone which he sent to his girlfriend and hers too.”

Therefore, it is important to realise that your nudes may not just be seen by who you intended them for.

Your body is your temple, they say. So, if you’re going to show it off, it might undermine that belief.

This might not bother everyone. But everyone wants to teach younger siblings and kids that they need to respect their bodies and themselves.

Young Asians are expected to do so, but this isn’t about what your elders might tell you. For once, they may have a point. Do you really want your body to be showcased to someone you might not even like in a few years?

Ivkiran Kaur, 19 from Slough, said: “I feel like you’re not respecting your body if you send nudes.”

However, the 19-year-old also says that it’s a personal decision that might not be as bad depending on the circumstances. Kaur said:

“If you’re in a committed relationship and you trust and respect one another, then I believe it’s okay. If the couple is getting married anyway, then it’s not that big of a deal.”

Exposing your naked body or parts of it is a big thing because you can’t take it back. It cannot be unseen.

In a way, it’s like you do not care about the most intimate aspects of your body.

Those bits should be only seen by someone you love, trust and want to be with, in reality. If you are comfortable with being nude for your partner, why not just let them see the real thing when you are with them?

Finally, who are you really doing it for? 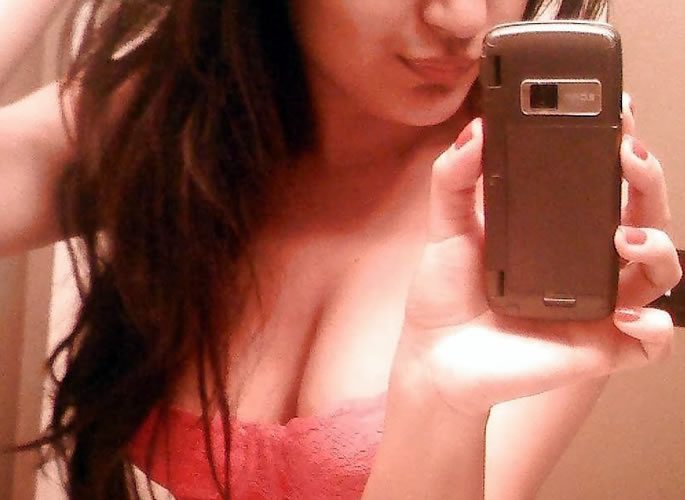 Peer pressure can be huge, and especially if you want to keep the relationship going. But, if you’re doing it because your girl/boyfriend wants you to, and you don’t – then this is already a bad idea.

You should be comfortable in making your own decisions without being coaxed by someone who supposedly loves and cares for you.

There is nothing to say that once that person has seen all they want, they will move onto someone else for the same. Because finding obliging girls and guys is not so difficult with the plethora of apps.

Typically, women end up sending more than men do.

According to a Cosmopolitan survey, 64.24% millennial women say they took nudes showing their faces, 24.49% say they were not recognisable in the images and 11.28% say they never took any.

Zara Ahmed says: “More and more people send nudes to keep the other person happy, even if they aren’t 100% happy themselves.”

It is definitely not mandatory for you to keep the other person interested in you just by sending nudes.

Insecurities and fear of losing the person or being dumped often leads to a cycle of keeping the other person happy, which is difficult to break. Especially, in Desi relationships, which are not always so open.

So, this means that Desi boys and girls often feel they need to make up for not seeing each other enough by sending nudes. If this is the reason, then perhaps you should reconsider.

With or without nudes, nobody should be made to feel that it is important to keep the relationship going. If you don’t want to go all the way because of your own morals, then stick to them.

If somebody is only going to be interested in pictures of you, then it’s definitely time to cut them loose.

Can Asians be Open about their Sexuality?
Immigration Issues from Babies for Visas to Marriage Tourism