The Secrecy of Desi Romance

Romance and relationships in Desi communities are possibly one of the biggest kept secrets by those involved. Secrecy from parents, family and relatives is always a priority.

"Me and my girlfriend always went to different towns to spend a day together. Especially places, with less Asians."

When it comes to dating and having a relationship, the Desi way most of the time involves secrecy. Especially, to hide it from parents and family.

Despite the advent of dating apps and liberal views of some parents, dating is still a taboo for many Asians and secrecy is the only way possible to start, develop and sustain a relationship.

Whilst we look at the secrecy of hetrosexual couples. It can be firmly said that secrecy for Desi LGBT couples would be at an extreme level.

Secrecy, basically means lying about the romantic relationship to those you do not want to know about it.

There are key stages to how secrecy plays a role in Desi relationships. A way of life pretty standard for Desi romantics but not easily understood by those from a non-Desi culture.

So, let’s explore the secrecy of Desi romance in more detail. 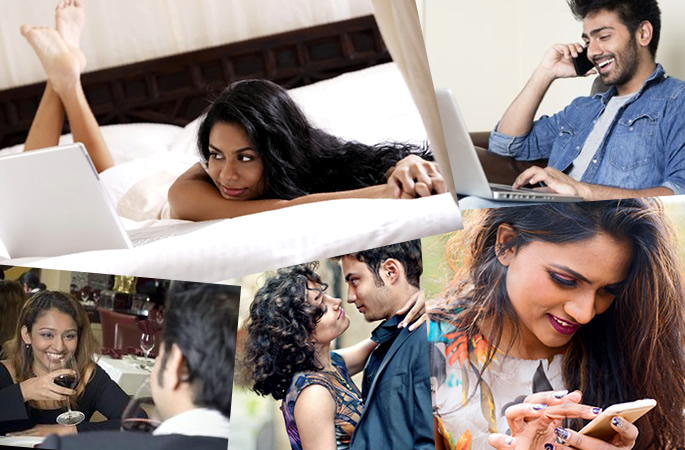 A male meeting a female or vice versa will most likely happen online today for many Asians. But people introductions do still happen frequently offline e.g. at school, college, university, work or a night out.

So, once a relationship starts after the initial introductory period, secrecy instantly comes into play.

Communications at the start of any relationship are always more frequent. Therefore, each person in the relationship will hide any traces of the other from parents or prying eyes of siblings.

For online meets, it means ‘hyper’ password locks on phones, tablets and computers; deletions of all chat histories or conversations, and even extra security to ensure no one has access to their device.

“I met my boyfriend on Facebook. I remember I always deleted every communication with him on my pc after chats. In case, my sister or someone else found it. I also never leave my phone lying around.”

For offline, it could mean each person hiding any evidence of communications between the two. Including phone calls, texts and written paper notes.

“I was introduced to my girlfriend by a colleague at a party. We clicked very quickly and then kept in touch a lot on the phone. My mother quizzed me and wanted to know why I spent so much time on the phone. There was no way I could tell her, so I pretended I had a new work colleague, who was a woman.”

Parent or family finding out at this stage would mean in most cases, lots of questions, angry reaction with non-approval and being told to cease the relationship.

So, for those wanting to continue, means the secrecy at this stage lays the foundation of how the relationship will flourish. 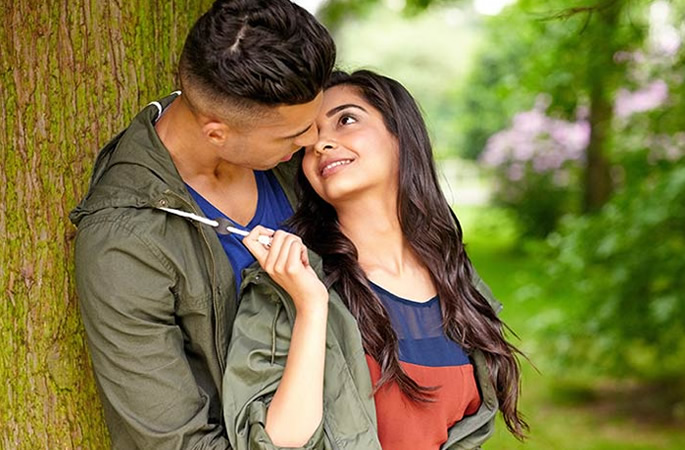 As a secret romantic relationship develops, it is likely that the Desi couple will communicate on their phones, computers, have social meets and spend time together.

The key aim for secrecy at this next stage means developing a cover for any attempt of being found out or quizzed by parents or family.

Romantic meets will be usually at times which will not raise too much suspicion. For example, during the day, and evenings not resulting in staying out too late.

“I am really careful when planning to see my boyfriend. It can only be in the daytime. There is no way I can see him in the evening or night. My parents are very strict.”

They shall take place at secluded venues or places not too local to the couple. This allows the couple not to get spotted by relatives or family.

“Me and my girlfriend always went to different towns to spend a day together. Especially places, with less Asians. This way the chances of being seen was lower or next to none.”

Time is also of the essence in such a relationship so, finding ways to maximise time together always means ensuring secrecy is part of the planning.

If the Desi romance evolves into a full relationship with sex as part of it, then keeping it a secret becomes even more important. Especially for the female, and use of contraception becomes paramount.

The survival of the Desi romantic relationship relies on secrecy and as few people knowing about it as possible. 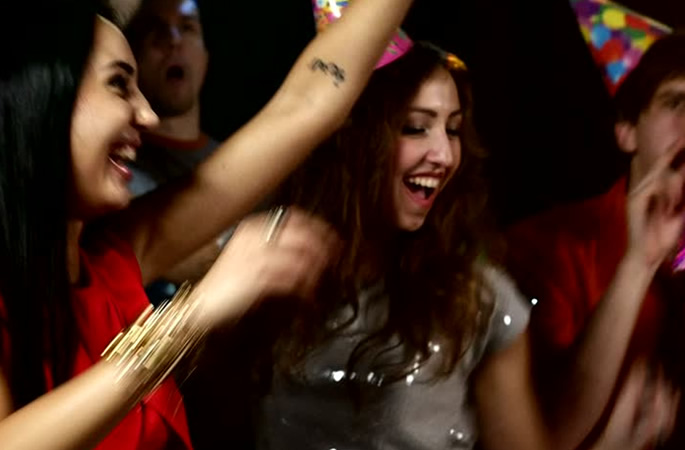 An alibi is usually close friend who is aware of the secret romance and supportive.

A couple will most likely rely on alibis during their secret relationship. These close friends acting as alibis will help protect the longevity of the relationship.

This also applies for being on the phone, texting and online too. Where, they will happily act as online decoys to support the couple.

For example, the alibi could be a work colleague who happens to be the girl on the phone ‘a lot’, instead of the actual person. Or the girl being romanced was at her ‘friend Tina’s house’ all evening, when Tina knows she was with her lover at his place.

The help of alibis strengthens the secrecy of the Desi relationship further.

From Months to Years 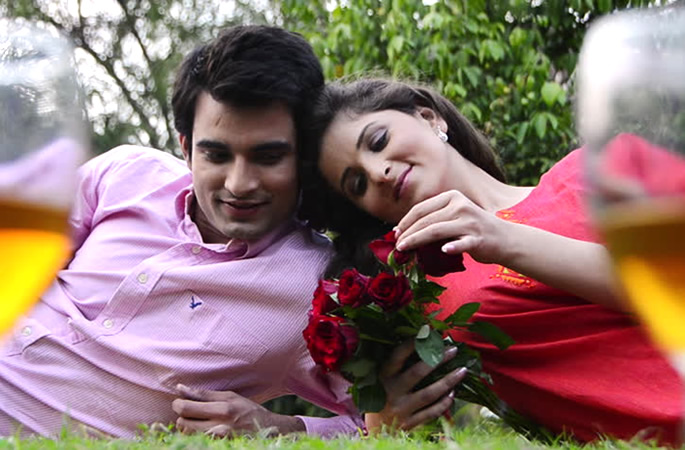 A secret Desi relationship can last from months to many many years and depends on how well the secret is kept.

If the couple are serious and really want the relationship to grow. The secrecy will be maintained at all levels by them.

They will protect their relationship no matter what due to fear of being forced to stop by family.

“If you love the man you are with, you will want to do everything to keep your relationship a secret. I have done it for ten years,” says Sheila Bains, a 29 year old customer services assistant.

“When I met my Indian girlfriend, I never knew we would be together for five years. We are, and still going strong. It has lasted because we have not told anyone apart from close friends. I know my parents think I got someone. I will not say yes or no.”

“I met my girlfriend at college. She is the same caste and religion as me. But we both know, there is no way we can tell our parents yet. We have to keep it a secret until we both feel we want to say anything.”

Secrecy gives Desi romances the opportunity to grow with time than being judged if found out. But how long a relationship lasts depends on the couple and their reason to keep it a secret.

Breakups or Happily Ever After 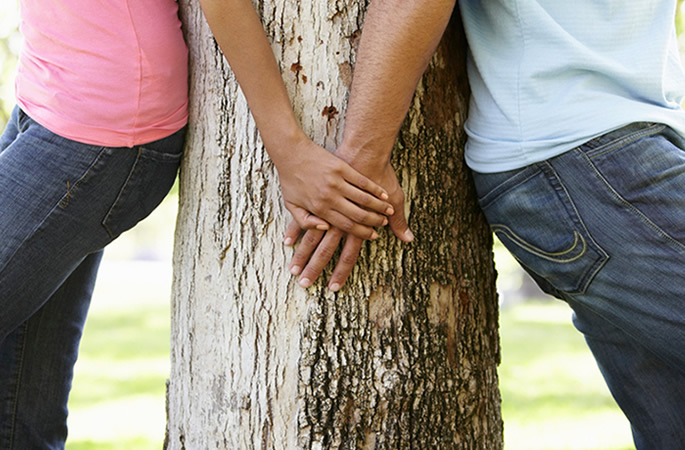 So, can a secret Desi relationship continue as a ‘happily ever after’ romance or does it always end up as a breakup?

Breakups can occur due to the cover being blown somewhere along the line.

Typical examples are, a relative or parent spots the couple in public, romantic or sexual messages are found on a phone or computer, a conversation is overheard on the phone by a parent or family member or the family is told about the relationship by those involved.

Typically, if a Desi female is found out having a secret romantic relationship, the chances are it will cease pretty quickly with huge parental and family pressure. Including the use of threat or emotional blackmail.

The male in the relationship and possibly his family may even be contacted by the female’s family, depending on the age of the couple.

“My parents found out about my boyfriend after a relative saw us having coffee in town. After that everything crumbled. I was given the choice of my family or him. He told me he could not replace my family. So, we broke up.”

For the Desi male, the family reaction will in most cases not be favourable and if there is disapproval due to faith or caste of the girl, he will be told to stop seeing her.

“Me being Gujrati was seeing a Punjabi girl for a few years. I told my parents about her. My grandfather disapproved which led to my parents doing the same. Within a year we split up due to the family pressure.”

For those couples, who decide to continue seeing each other even after the warnings. The level of secrecy increases even further and becomes mandatory – to not be caught or found out again.

If a family shows a hint of acceptance on one side, then there is chance for the relationship to continue. Resulting in less secrecy for one of the couple.

For couples lucky enough to have both families accept the relationship, it is a victory for the Desi romance and secrecy is waived good-bye.

This gives the couple freedom to enjoy the approval of family. But it is likely there is a caveat of expectation of marriage introduced into the arena of the relationship. So, it does come with parental conditions.

“I met my boyfriend who is of a different caste when I was 19 at uni. We kept it a secret until I was 25. We told our families in stages. I was nervous but eventually they both accepted our relationship. We are now engaged. It is such a relief to be with someone you love.”

So, as we can see, secrecy is a key component of Desi romance. The level of it depends on the integrity of the couple and the possible acceptance, if any, by family of the relationship.

For this to change, newer generations of Asians will need trade traditional expectations and values with the emerging need of Desi singles wishing to find their own partners and date them without having to keep it a romantic secret.

Some names have been changed for anonymity.