"It may not be the ex-partner that is behind the posting – but a friend or relative."

While the digital age has given credence to a world of innovative possibility, it has also become vulnerable to misuse, harassment and unquestionable violation.

Ever taken a sexy picture to send to your partner, or even filmed something more explicit to show them in private?

After a messy breakup, one partner may seek to take out their anger and frustration by sharing intimate pictures of their ex on-line. Such an act can shame and disgrace a person in front of others, including friends and close family. 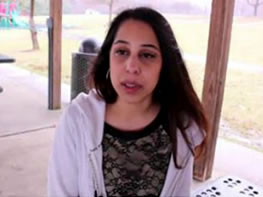 “I went from three sites to over 200. My ex was putting my address out, my phone number. I stopped going to school for a year and a half. I was afraid to leave my house,” says Anisha who lives in New Jersey.

After taking action against him, Anisha was able to have the images taken down, and her ex was jailed for six months: “I had known him for more than 10 years, it wasn’t a nasty break-up we just went our own separate ways. I never thought he would post the photos.”

“If the victim works in the public eye, an employer will need to think very carefully about the impact this could have on the business and a decision will have to be made as to whether to continue with this person in their business.

“What was intended to be highly personal and private, can become public in an instant and the ramifications can be severe.” 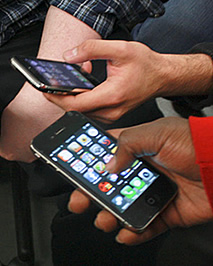 “There is legislation in place with the Communications Act and the Protection From Harassment Act which covers the dissemination of material, electronically or otherwise, which has been done with the intention of causing alarm or distress. If it is done repeatedly, then this will amount to harassment.”

But even with the law on your side, establishing social responsibility among individuals is perhaps not as easy as it sounds: 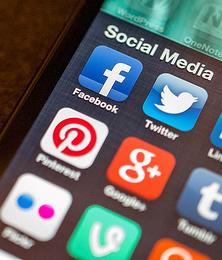 “The difficulty will come with looking at the scope of this offence. It may not be the ex-partner that is behind the posting – but a friend or relative who has come across the image on a laptop or phone. Will the offence extend to them?

“There needs to be some consideration as to how the image will be removed from the site(s) – as once it is up, the damage is done and will continue to be done the longer it is accessible on-line. Websites will need to be directed to remove such images and to be honest, jurisdictional issues will make this near impossible,” Rupinder tells us.

“We can write cease and desist letters demanding that the image be taken down and if needs be, obtain an injunction through the civil courts to compel removal,” Rupinder says.

It’s growth will hit the British Asian community like any other, as more and more people experiment with intimate photos and videos within relationships, and especially people taking and posting selfies without realising where they may end-up on the Internet.

Nazhat is an ambitious 'Desi' woman with interests in news and lifestyle. As a writer with a determined journalistic flair, she firmly believes in the motto "an investment in knowledge pays the best interest," by Benjamin Franklin.
Forced Marriage still a British Asian issue
Is Child Sex Grooming a Pakistani Problem?