The Growing Issue of Vaping by Children

The UK is seeing an increase in the number of children vaping. Many are influenced by social media. DESIblitz explores this issue.

“I’m hoping that it’s a trend which will die down soon.”

According to a new report, an increasing number of children have been found to have taken up vaping.

The study shows disposable e-cigarettes, known as ‘puff bars’, are increasing in popularity.

They cost around £5 each and come in a wide range of fruity flavours.

Data from the survey of children, carried out for Action on Smoking and Health (ASH), shows many youngsters are attracted to the devices, which appear on social media sites such as TikTok and Instagram.

The overall results showed that while “regular use of e-cigarettes has significantly increased”, 84% of 11 to 17-year-olds have never tried e-cigarettes, and the vast majority of current vapers are smokers or former smokers.

For the first time in 2022, the survey asked youngsters about awareness of the promotion of e-cigarettes.

Over 56% of 11 to 17-year-olds were aware of e-cigarette promotion, with awareness highest amongst those who had ever vaped.

TikTok was mentioned most often as the source of online promotion followed by Instagram and Snapchat.

Underage vapers were most likely to get their vapes from shops, while 10% buy them online and 43% are given them.

According to the report, the most popular brands are Elf Bar and Geek Bar.

While it is illegal to sell vapes to under-18s, social media carries posts from teenagers showing the new vapes and discussing the flavours, which include pink lemonade, strawberry banana and mango.

We spoke to some South Asian parents from across the UK in response to the growing issue of children vaping.

Balvinder Sohal from Huddersfield said: “I have an 11-year-old son and I constantly worry about what he’s up to with his friends after school.

“As a mum, I try not to be too invasive as I don’t want to push my son away but it’s hard because I want to know what he’s doing and who he’s hanging around with.

“Since starting secondary school, he’s definitely found new hobbies. He enjoys riding his bike and I know he always stops at the park with his friends after school.

“So, naturally, I do worry about what he’s surrounding himself with and what might be influencing him.

“I think there definitely needs to be stricter rules surrounding vapes and e-cigarettes.

“I think schools should perhaps teach kids as well as that they can be addictive and meant for people who are trying to stop smoking.

“They’re not cool and the packaging makes them look like they’re harmless.” 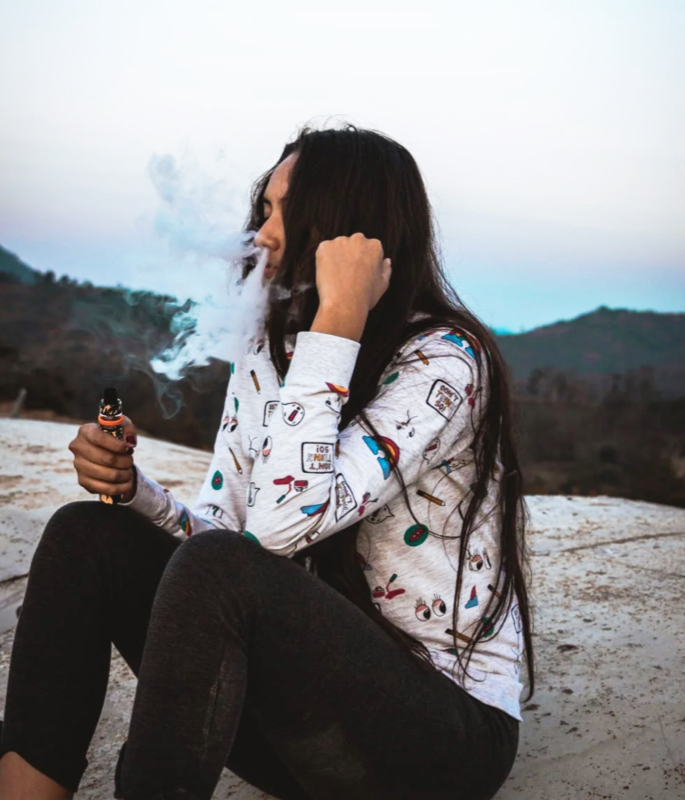 “They look more sleek compared to normal cigarettes and as teenagers, the colours and flavours probably seem exciting.

“Whenever I’m scrolling on TikTok, I usually see at least 1-2 vape adverts so I can’t imagine how many of those my children are seeing especially as their target audience will be teenagers.

“I’m not personally worried about my children as such but it’s an obvious problem I think for young adults as well.

“I’m hoping that it’s a trend which will die down soon.”

Health experts want plain packaging introduced and rules tightened so that vapes can only be advertised as an aid to stopping smoking, rather than as a fun lifestyle product.

Deborah Arnott, chief executive of ASH, said: “The disposable vapes that have surged in popularity over the last year are brightly coloured, pocket-size products with sweet flavours and sweet names.

“They are widely available for under a fiver – no wonder they’re attractive to children.”

She said more funding was needed to enforce the law against underage sales and action was needed on child-friendly packaging and labelling, and promotion on social media.

Dr Max Davie, from the Royal College of Paediatrics and Child Health, added: “Vaping is far from risk-free and may be addictive.

“We must make efforts to stop children and young people picking up and using these products.”

Ravinder is a Journalism BA graduate. She has a strong passion for all things fashion, beauty, and lifestyle. She also likes to watch films, read books and travel.
Sunak, Zahawi and Braverman still in Race for PM
Video of Pakistani Journalist slapping boy goes Viral