Forced marriage (FM) is an entity still alive and claiming the freedom of countless people around the world. But with forced marriages becoming a criminal offence in the UK, are we doing enough to stop it?

"No one has the right to give consent on behalf of another."

The legal age for marriage differs from country to country. In the UK, this age is 18. With parental and participant consent combined, this can go as low as 16.

Yet the number of cases that see marriages take place without participant consent is alarmingly high; and among South Asian communities in Britain, forced marriages (FM) are particularly common.

The global statistics for underage or child marriages are overwhelming. 100 million girls under 18 will be married off within the next decade. There are currently 51 million girls between the age of 15 and 19 that are married worldwide. 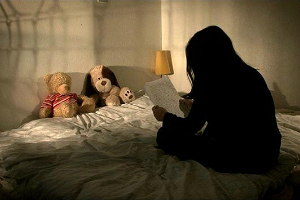 In the UK, the Forced Marriage Unit (FMU; part of the Home Office) dealt with 1,302 cases related to FM between January and December 2013.

Women are at higher risk of being forced into marriage at 82 per cent, however there is a significant number (18 per cent) which also see men being victims, and interestingly, forced marriages are not limited to the young either.

As legal expert Naheed Afzal tells us: “Forced marriage is a violation of internationally recognised human rights standards. Some in the UK have woefully disregarded this basic human right.

“The true scale of the problem however remains unclear, it is difficult to estimate. Most alarmingly, support groups have suggested that FM is becoming a bigger problem every day,” Naheed explains. 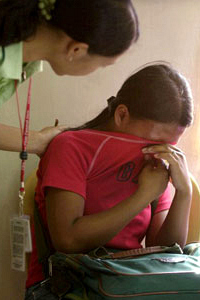 Sadly, the people breaking the law are not the ones suffering. Even for those young victims and children who survive this calamity, their mental and physical health is ruined forever.

Where country of origin is involved, those of a Pakistani background are seen as the biggest culprits of FM at an incredible 42.7 per cent, while Indians are 10.9 per cent and Bangladeshi’s, 9.8 per cent.

London (24.9 per cent) and the West Midlands (13.6 per cent) are also the two highly populated Asian regions where forced marriages are most likely to take place.

As is common in South Asia, parents have agreed marriage partners for their children as soon as they are born, and children as young as 2 years old can be formally engaged within the community, as a token of future marriage. In the UK, children are taken abroad during school holidays and wedded off, sometimes under extreme duress, or even psychological blackmail.

Culture plays an important role in ongoing FM, as do religious beliefs. As Naheed tells us:

“Motives cited as justification of such behaviour have included, preserving cultural or religious traditions and building stronger ties ‘back home’.”

There are many reasons why people continue with this heinous tradition, including poverty, lack of education and disability. A key figure in the area, Jasvinder Sanghera, founder of charity Karma Nirvana, admits: “The majority of our female victims are 14 to 24. Fifteen per cent of victims are men, including gay men.”

No matter how complicated or diverse the reasons are, the result of forced marriages have some serious consequences. Issues like physical and mental abuse, domestic violence, and child pregnancy are all prevalent.

One well-known FM case is of Ayse. Ayse was 14 when she was smuggled into Britain and forced to get married to her cousin. Family members turned out in large numbers to welcome her at the illegal ceremony in a north London public hall.

Ayse, now 20 and living as a refuge in East London, says: “I told them I was terrified and desperate, that I was just a child and far too young to get married. I pleaded with them to help me escape, but no one saw anything wrong in what was happening. I begged my husband not to marry me, but he told me I had no choice.” 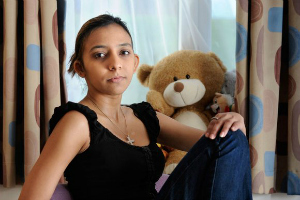 “The criminalisation of forced marriages (as opposed to arranged marriages) with penalties of up to a seven year sentence coupled with existing remedies under Forced Marriage Protection Orders (FMPO) can only but be a positive step in reducing forced marriage (FM),” Naheed says.

Human rights activist, Mandy Sanghera tells us: “I welcome the new legislation but I have concerns how it will work in practice for vulnerable adults. I hope it will act as a deterrent.

“We need to treat forced marriage as a safeguarding issue as well as a criminal to protect victims. If a vulnerable adult lacks capacity and is not able to consent to marriage, this needs to be dealt as a forced marriage by professionals. No one has the right to give consent on behalf of another.”

With the new law to be enforced from June 16, does this mean that forced marriages in the UK won’t happen any more?

“It’s a huge step up but it needs constant agitation and discussion. Currently a breach of a FMPO is treated as a contempt of court punishable with up to two years imprisonment and despite being a remedy since 2008, the first sentence was awarded in 2011,” Naheed says.

People who have broken the old laws surely won’t be stopped by these new ones. Can British Asians really put an end to this unthinkable crime against vulnerable children and adults?

If you have been a victim of forced marriage or know someone who has, please visit the Karma Nirvana website or the Forced Marriage Unit website.