"At that point, my mind was completely blown. I was creeped out. I was scared."

This term refers to content on the internet, only available through specific software and browsers. They feature in ‘darknets’, which are hidden and anonymous.

‘Crush’ explores love, sex and relationships – how the digital world is reshaping them. It features three stories, of which includes Desi American Anisha.

Originally from New Jersey, she recounts her experience of splitting with her ex-boyfriend and the unexpected, harrowing consequences that unfolded.

Anisha began dating her ex after college. A relationship soon blossomed between the two and even received the approval of her parents. She recalls:

The two would also send images of themselves to each other, some of which were nudes. Like many young Desi couples, they didn’t feel cautious about the dangers of sharing this type of content. 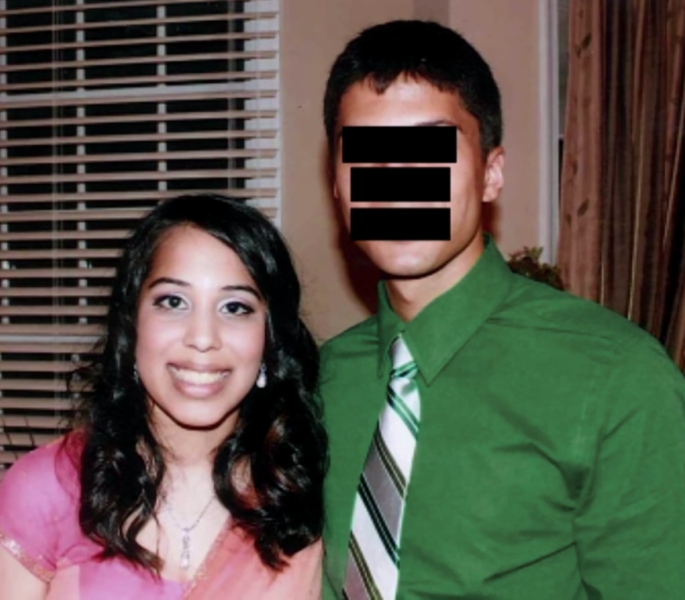 “It was something that was going to remain between the two of us.” Unfortunately, Anisha explains that she and her ex-boyfriend realised they had compatibility issues. They decided to split.

In 2012, a few months after the split, the young woman received an email from an unknown contact. While they didn’t reveal much about themselves, the person sent Anisha 3 links. When she opened them, she discovered her ex “was posting nude pictures of [her]”.

These images, which she privately shared with him, were now displayed across The Dark Net. For potentially thousands to see. However, Anisha’s ordeal was far from over.

Her ex’s efforts to torment advanced, uploading her nudes to more and more websites. Originally, she appeared on 3 sites; to date, she’s appeared on a total of 2,137.

One can only then imagine the total views each of her pictures have attracted; a potentially immense and frightening figure. For example, one image was online for nearly 2 weeks and accumulated 30,000 views!

In addition, he also provided personal details about Anisha. First beginning with her name, he added more such as her phone number and even her home address.

“He kept posting and posting. I think that he started doing it and I think he became obsessed.” Indeed, while there seems to be an element of obsession, one could argue power plays into this. 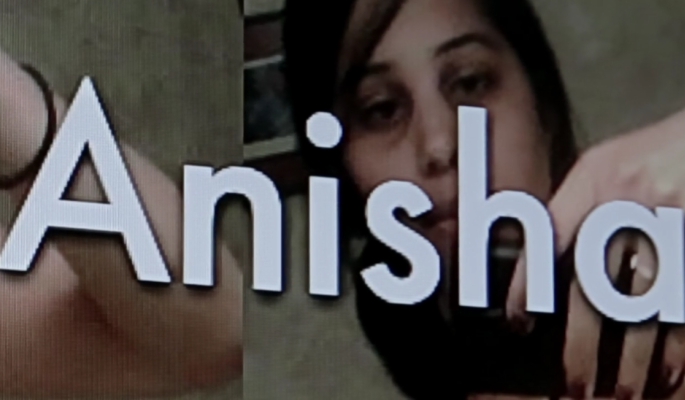 Soon, Anisha discovered her ex-boyfriend had placed her on Craigslist, a website which has previously been used for cases such as this. Posing as the Desi American, he would even respond to individuals who commented on the images.

Next, she would actually receive messages from people through email and Facebook Messenger. Completely invading her personal life.

As Dark Net flashes through continuous shots of her nudes and strangers’ comments, one is left shocked by the torment Anisha suffers. While she retells her experience calmly, she does explain her feelings of hopelessness, saying:

“In that moment, I was like: ‘What are you supposed to do?'” 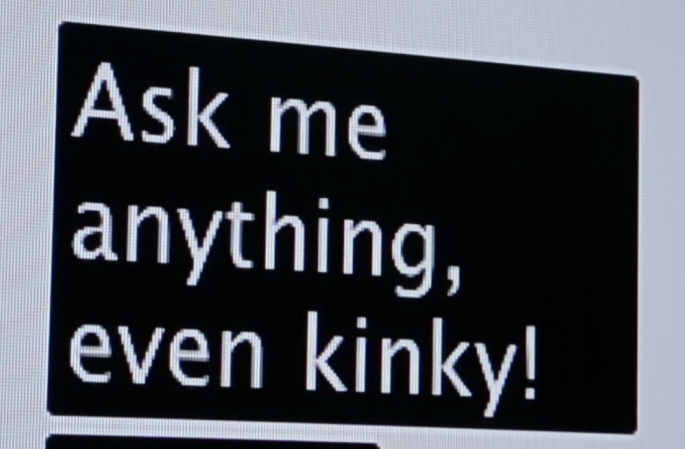 With anonymous people now harassing her, Anisha’s torment only worsened. From emails sent over the internet, this rapidly developed to strangers leaving their pictures with writing on the doorstep. One read: “I’ll find you.” She remembers:

“At that point, my mind was completely blown. I was creeped out. I was scared.”

However, the lowest point of this was when people actually visited her residence. In a shocking, arguably disgusting move, Anisha’s ex-partner told them (whilst posing as her):

“I’m gonna open the door and act like I don’t know you, because my fantasy is getting raped.”

Before, people could expect little to no repercussions to splitting up with their partners. But now, they are traceable “in the form of an IP address”. Combine this with the increasing use of social media, relationships are now on public display for all to see. 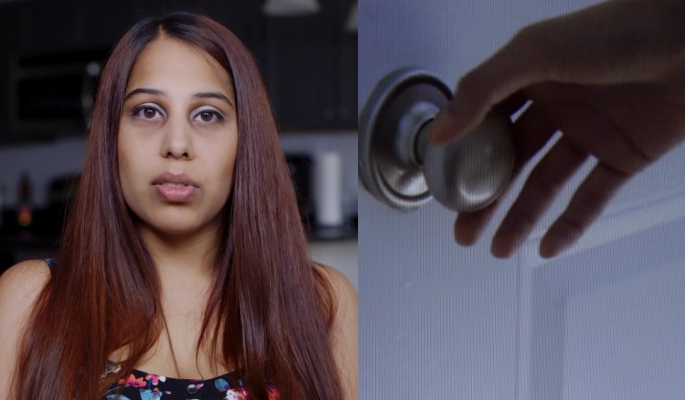 With staggering figures, this highlights how widespread this issue has become, in particular for young Desi women.

Turning to the Dark Net for Help

Particularly with young British Asians, they may feel embarrassed, particularly as these images were originally intended for one person. Many will choose not to seek support from their family, fearing they will be judged.

In addition, some may experience paranoia and feel scared to leave their house. As the digital world has access to their private photos, they may feel someone will recognise them. How then can they take action against this? 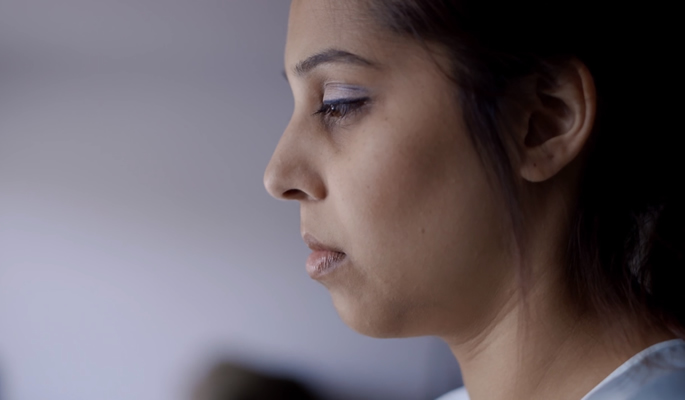 One answer surprisingly lies in the Dark Net. The programme explains how many victims turn to this side of the internet for the removal of their images.

Many hackers will help them with this, but they remain anonymous and charge a fee. However, they claim to be able to erase “any files from any websites”.

Some hackers even suggest that these individuals make up a large proportion of their clients. This could be an ideal option for British Asians who experience this torment. As the hackers remain anonymous and it’s done through the Dark Net, they have no fear of family or friends finding out about their images.

Especially as they feel lost on what to do, this is an easy albeit expensive route for some. However, Anisha herself chose a different option.

The young Desi American turned into a hacker herself; accessing her ex-partner’s accounts with his passwords. She was able to compile all the evidence against him, such as her images, and report the situation to police.

While Anisha’s ex-boyfriend was jailed, she left New Jersey to rebuild her life in a small town, located in Pennsylvania. She now no longer fears people recognising her and has even begun a new relationship. 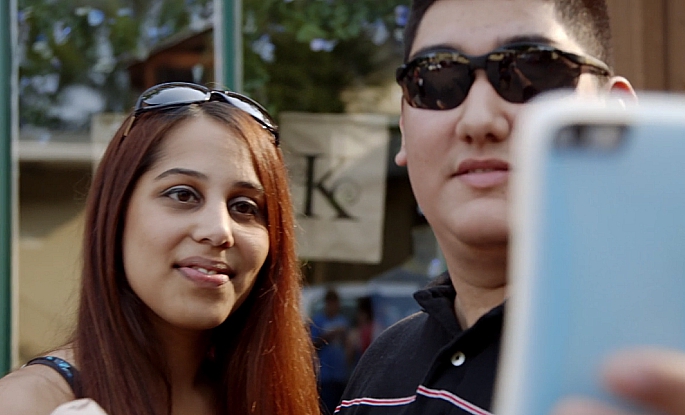 As the couple pose together to take a selfie, the woman says:

“I never tell people; ‘Don’t send the pictures,” because you should be able to trust someone and be able to have that intimacy.”

While some individuals may feel too concerned after such an experience, Anisha shows how she is no longer a victim. Instead, she is a survivor. Her parting words leave one feeling inspired and moved by the young woman: “I’m in love right now and I think it’s the happiest I’ve been in a very long time.”

However, for many, they will still live in fear, especially if they cannot turn to the police or afford hackers. Instead, they have to face the reality that their pictures are forever present on the internet. As Dark Net states:

Watch ‘Crush’ and more of Dark Net on Netflix.