Sexual Harassment of Asian Women in the Workplace

As allegations come to light on Hollywood director Harvey Weinstein, women are finding the confidence to speak out. They tell us about their own experience of sexual harassment in the workplace.

“Every time I think about it I feel physically sick"

In March 2017, an Indian video on sexual harassment in the workplace went viral raising awareness to the growing issue in India.

Asian women in America and the UK have spoken out about their haunting encounters with sexual harassment, often at work. Many of these cases are often suppressed by Asian women for far too long.

This raises the question, why do so many women wait so long before they share their own experiences of sexual harassment in the workplace?

The main reason is fear. Women fear that if they were to speak out against their harasser, they would be likely to face the repercussions of speaking up from their colleagues.

For Asian women, in particular, the phrase, ‘it was my word against his‘, is too often repeated.

From interviewing two South Asian girls who have had the misfortune of experiencing this, they not only faced repercussions and blame from their colleagues, but extreme amounts of victim-blaming from their family and their community.

Aysha ~ Fear of being Labelled a Liar 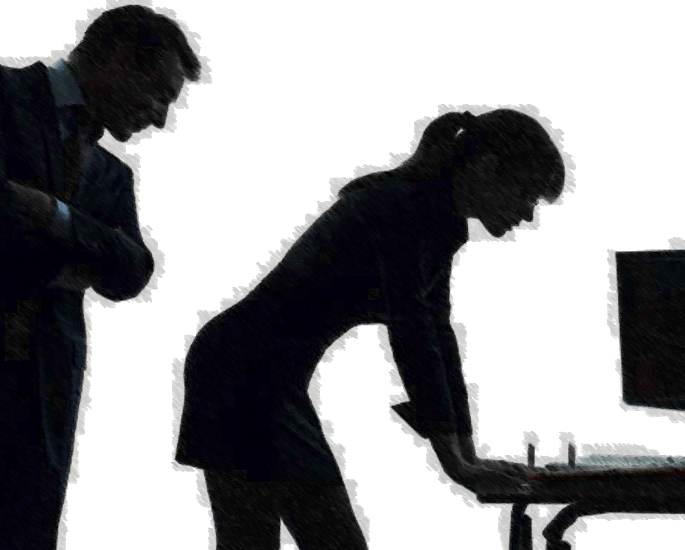 One victim of sexual harassment in the workplace, Aysha believes: “It would be more traumatising if I reported it.” She shares with us the situation she faced with her manager who also came from an Asian background.

She describes: “He often made comments about my derriere, it was really awkward. First, it was like ‘you look really nice’ then ‘you have a nice figure’, then he flat-out said ‘I badly want to slap your ass’. But initially, he just made general comments.

“Honestly I was really worried to be alone with him after a while, especially since my shifts were early in the morning and not many people were there.”

When asked why she did not report the incident, Aysha explains:

“He was one of the managers, and I was new and so I didn’t know any of the senior staff. I definitely didn’t know who to tell. I didn’t want to say anything because I’m a girl so people will question me and say it’s my fault.”

For many victims of sexual harassment and assault, the fear of being labelled a liar or being blamed for the actions of the perpetrators is not uncommon and is usually the biggest fear for the victims.

Victim-blaming echoes in the minds of so many women who have experienced this and those who are still experiencing it. Because of this, the victims then place the blame on themselves, believing they warranted this unwanted attention:

Aysha also reveals that she found it difficult to even speak about the harassment to her family:

“My family complained about the late hours as the managers were keeping me late. I couldn’t refuse but I couldn’t tell them he was creepy too, they’d just get pissed off at me.”

She felt as if the blame would be placed on her for not handling the situation appropriately. Which they would consider as leaving the job.

But why should a person leave their job in order to stop the sexual harassment? Furthermore, why was this expected from her family and community as the appropriate course of action?

Many Asian women believe the victim-blaming standards within the Asian culture is very prominent in the community.

A woman’s value comes hand-in-hand with her modesty, and when it is violated, along with it so is the respect she has merited. Out of fear, many women feel they need to know how to handle this situation without telling the community.

Has this fear and victim-blaming within the Asian community reached such a point where in order to feel safe, the victim herself has to sacrifice her career?

Shahina ~ “Why didn’t I say anything?” 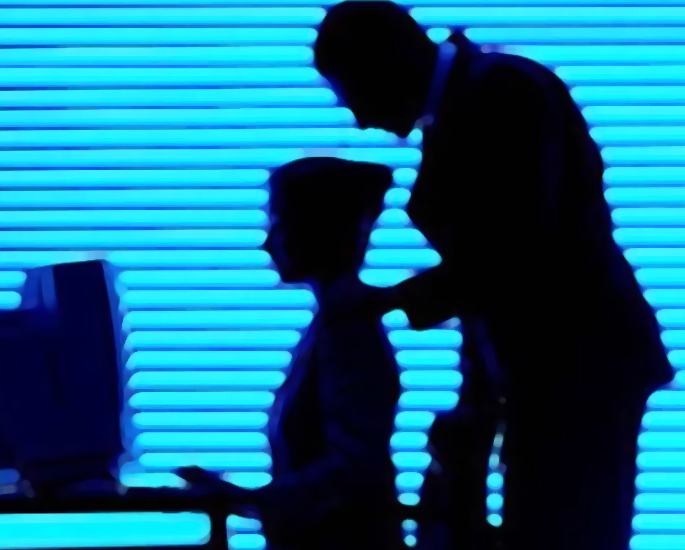 Shahina, another victim, hauntingly states: “Every time I think about it I feel physically sick.”

She was harassed by a man in her workplace after she stayed late to work for him.

Similarly to Aysha, Shahina held herself accountable for the harassment she faced, believing:

“I kept thinking, how could I be so stupid? Why didn’t I say anything? I should’ve punched him and gotten the hell out of there.”

When asked who she shared and confided in when she experienced this ordeal, Shahina stated her partner was the only soul she could trust. However, he too had his own judgements on the matter:

“You know [my boyfriend] still says that if I had listened to him and hadn’t gone, then this wouldn’t have happened. He said it’s obvious that I shouldn’t trust a guy who asks me to work for him after dark, like I asked for this to happen to me.”

It seems no matter what the situation, victims are still held accountable for the actions of the perpetrators. Shahina too believed the victim-blaming culture was far greater within the Asian community.

“The weird thing is that the guy had a wife and kid, and was probably considered a pillar of the community.”

This was the same for Aysha who says: “I didn’t expect it because he was married with a kid and a baby on the way.”

Too often these advances come from a position of power, status and security. When “it’s my words against his,” many would rather believe a ‘respecting’ member of the community with everything to lose than a woman with no reason to lie.

Our Careers or Our Reputation?

Both women interviewed explained that they had to stay in order to further their careers.

Aysha tells us: “I hated that job with a passion but I was broke and needed some experience and money. [However] I was relieved when my contract ended.”

Shahina mentioned how she did not think much of his advances when his behaviour started to change, she assumed she must have been paranoid as he was a seemingly professional man and her boss.

This employment was not her first but it was a part of her internship and she was eager to complete it. However, in the end, his advances and the pressure from her partner became terrifying and unbearable, and she was forced to never return.

Aysha adds that she wanted to wait for her contract to finish rather than to leave because she had asked her harasser for a reference and he kept stalling. He eventually did not give her one, but he kept that hanging over her head as an incentive for her to stay, as he knew she lacked the experience.

Changing Views on Sexual Harassment in the Workplace? 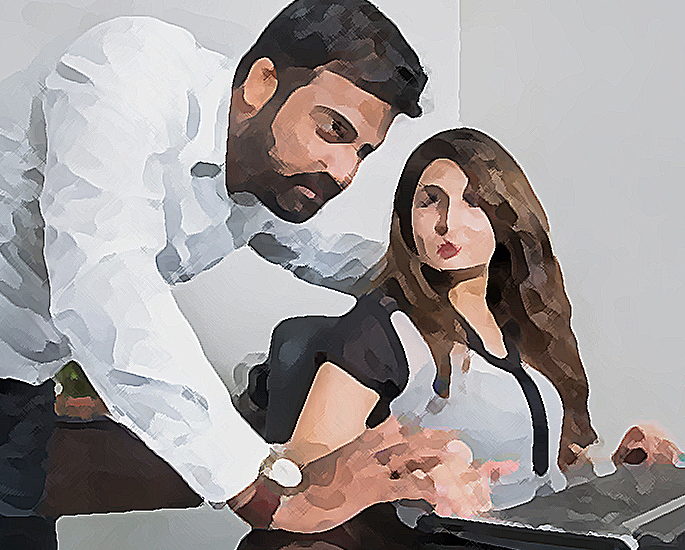 Asian women have only recently begun to gain their independence and the right to seek an education and career, and still merit respect within their families. Asian women are to this day expected to priorities marriage and starting a family, before their own careers.

Is this why the community would rather blame the victims for prioritising their careers over their family’s expectation, rather than to actually blame the harasser for their actions?

The men of the community are not the only ones to blame for the victim-blaming of women and the stigma of sexual harassment. The patriarchal structure within the Asian community has sculpted the women in the community to also view this topic as taboo and something that should just be ‘kept to oneself’.

Mothers, grandmothers and aunties of the community do not help the situation, but rather throw more fuel to the flame. Blaming their daughters for working in male-dominated work environments, implies their careers should be considered disposable as opposed to the career of their male counterparts and the harassers themselves.

“Sexual harassment is a scary experience especially because you just don’t know how to handle the situation.”

Instants like these leave scars on the women who have the misfortune to experience them. A situation almost impossible to handle if left hidden and suppressed.

Unfortunately, in the Asian community sexual harassment is viewed as dirty and shameful for the victim and is very easily swept under the carpet.

Perhaps one day the Asians community will be more accepting of the victims which will allow more women to open up about these horrible situations.

Rema is a Religion, Philosophy and Ethics graduate, who loves piña colada and getting caught in the rain. Her motto is: "Is it free? Then yes, I'll buy it."

* Images are for illustration purposes only.