Sexual harassment is faced by nearly 70% of women in India’s music industry. DESIblitz explores these atrocities and the push for change.

"Whispers have been doing the rounds for a very long time."

Sexual harassment is something that many women face in every industry on a regular basis.

Movements such as #MeToo has helped provide some women with the courage and confidence to speak out against their abusers.

However, sexual harassment against women in India is rife, particularly within the music industry.

With the country as a whole still struggling to accept the fact that women are extensively harassed, it is difficult for many to come forward and speak out against abusers.

India is a male dominant country where women are usually considered inferior to men. Often, fathers, brothers and husbands control every aspect of women’s lives.

Suppressing the voices and opinions of women have long been a reality for women across India. However, women in the industry are beginning to speak out.

Sexual harassment as an ‘Open Secret’ 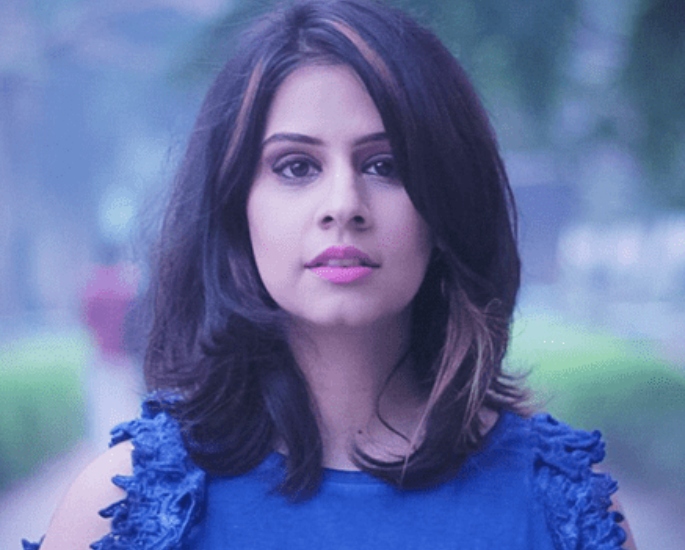 Over the past year, female musicians have stated that abuse by ‘gurus’ of the industry has been an open secret for decades.

‘Gurus’ within the music capacity relates to the ancient guru-shishya tradition. This is an unofficial agreement by which a student explicitly follows and surrenders themselves to their ‘teacher’.

Worryingly, this type of relationship only comes into question when sexual harassment cases are revealed.

In April 2021, a woman came forward about her frightening ordeal with Ramakant Gundecha, a famous classical Indian musician.

The anxious woman reported that she was raped by Ramakant at his music school in Madhya Pradesh, India.

Although Ramakant died in November 2019, his brothers Akhilesh and Umakant have since been exposed as also sexually harassing female students at the school.

Toxicity and patriarchy have acted as pillars, holding this system of abuse in place. However, a statement issued in September 2020 saw a group of 90 female classical musicians exposing their abusers.

They accused certain industry veterans of sexual abuse and exploitation.

Noting a fear-driven “culture of silence” as one reason for surrendering to the sexual demands of their gurus. Others feared the end of their careers.

This statement calls for industry-wide changes to tackle sexual harassment in the workplace.

Asking over 100 women in the sector, the results are shocking.

Evidently, people in power have abused their positions. Many have hidden behind their wealth and status as opposed to taking accountability for their actions.

For example, Ramakant and Umakant had received India’s fourth-highest civilian award for their contribution to music, the Padma Shri, in 2012.

However, this highlights the nonchalant attitude of abusers or ‘gurus’ who believe they have an inferiority complex due to the guru-shishya tradition.

The Gundecha Brothers are representative of how fame, fear and notoriety can conceal men from the atrocities they have committed. 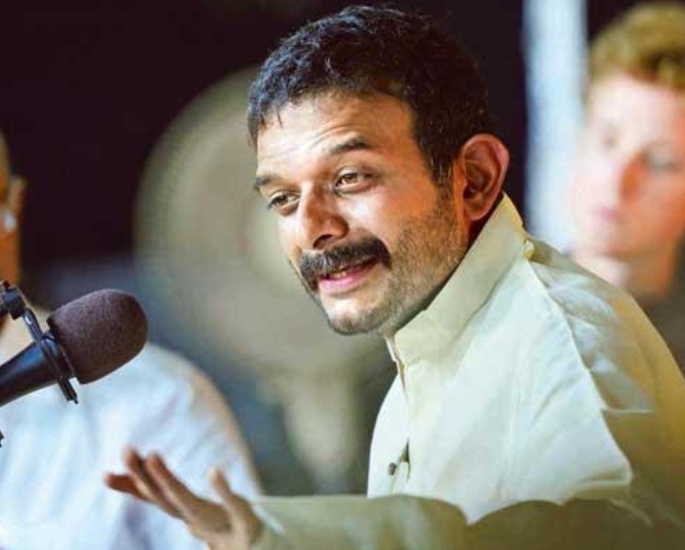 “Whispers have been doing the rounds for a very long time.

“The truth is that all of us, including myself, have kept quiet and allowed for the normalisation of such behaviour.”

Krishna even reveals that some artists within the community automatically suspected the victims rather than the abusers:

“The general nature of conversations among Carnatic musicians has been to immediately suspect survivors.”

“Many would say ‘Since she had many boyfriends and slept with many men, she cannot be trusted’.”

Furthermore, Krishna emphasises how he is “ashamed” that he did “not stand up for the women” who he knew were abused.

Multilingual Indian musician, Bombay Jayashri, agreed with Krishna’s statement that the Carnatic community knew what was happening and should have acted sooner.

However, the issue remains that although there is a slight push to get victims to come forward, many are afraid of the repercussions.

Even K Harishankar, the head of The Federation of Sabhas, an umbrella organisation that promotes an open space for survivors reported in 2019:

“Not a single survivor has come forward to lodge a formal complaint.”

This is due to the lack of trust between higher organisations and the victims.

If an inherent patriarchal system has been so heavily concerned with condemning women, instead of supporting them, why would they come forward?

The sexual harassment and misconduct of abusers have too long gone ignored. It is time to stop elevating musicians to a god-like status. 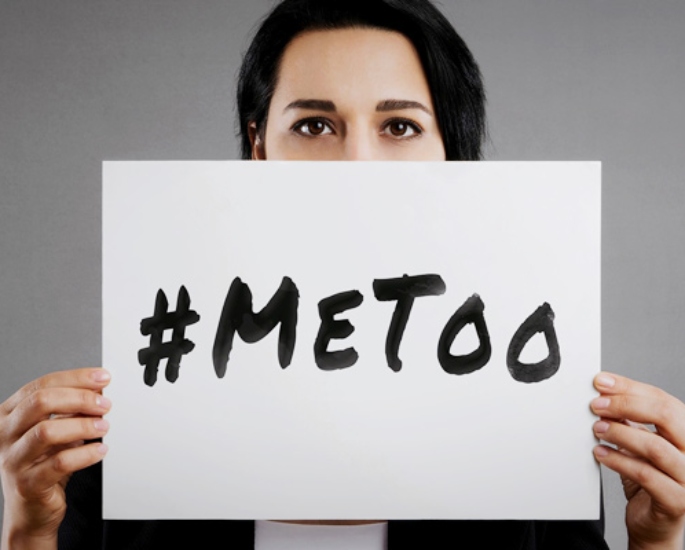 Being male automatically gives you power in India’s music industry and belonging to an ‘upper’ caste adds to this power.

Caste privilege, wealth and gender have allowed numerous men to leave unscathed from their abuse and actions toward women.

An anonymous woman detailed her experience of abuse in the music industry approximately around 2010. However, in 2018, she reported that abuse is not just about groping her:

“It is about power and its misuse. Especially in the field of classical music and dance, a lot of predators hide behind their caste, their bhakti and religion.”

It is arguable that such a hierarchy of power should be abolished. Sikkil Gurucharan, an Indian vocalist, believes it is time to change these structures:

“The power hierarchies that have called the shots for all these centuries – I think now is the time to stop believing in all these things.”

He continues to say:

“People in power and position of privilege have to understand the immense accountability and responsibility that comes with that power.”

In 2017, allegations against music and dance gurus came about but were quickly quietened. Nothing came of these allegations.

Gurucharan knows it is time for people in privileged positions to understand and recognise the responsibility that comes with industry power.

A forum where complaints can be made is one of the first steps introduced to help women come forward about any sexual harassment in the future.

However, what about those that have already gotten called out? 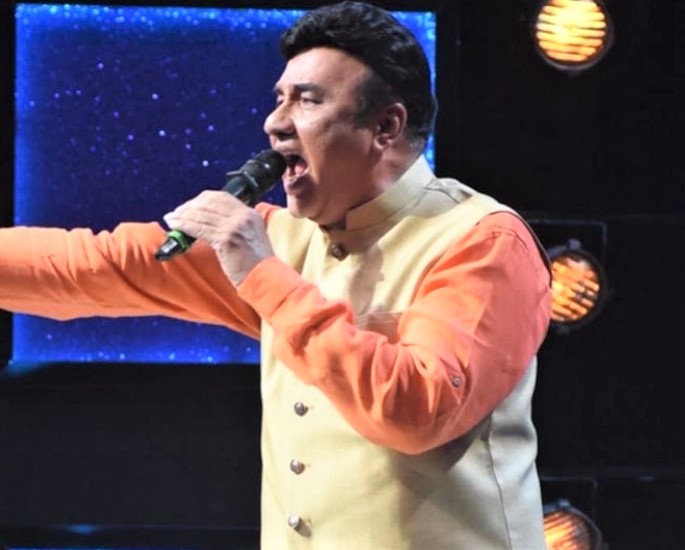 In late 2018, singer Shweta Pandit claimed that music composer Anu Malik harassed her when she was younger.

At just 15 years old at the time, Shweta recalled a painful memory.

Describing the Main Hoon Na (2004) composer as as a “paedophile and sexual predator”, she says he told her to give her a kiss.

They were both alone in a room together.

The allegations have had little to no effect on Anu’s career. In fact, after withdrawing from his role as a judge on Indian Idol in 2019, he returned to his position unscathed in 2021.

“No comments. This is ridiculous. I don’t want to talk about it. Today anyone says anything.”

“The allegations made against my client are emphatically denied as completely false and baseless.”

However, one thing is certain – men in India’s music industry rarely receive any consequences for their actions.

In 2018, Delhi-based vocalist Pragnya Wakhlu performed a concert in Jaipur. She said she was harassed by an organiser of the show.

Pragnya had the courage to speak out at the time. Sadly, when she mentioned it to the head of the organisation, she was made to feel like a troublemaker.

Moreover, none of the men around her called the organiser out for his inappropriate and non-consensual behaviour.

Pragnya revealed that she “felt very let down”. 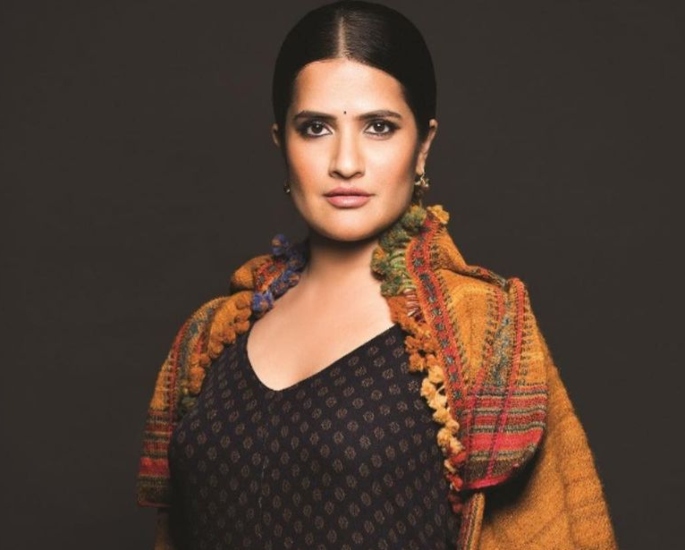 The unjust structure of India’s music scene was also highlighted when Indian singer and activist, Sona Mohapatra, asserted her experiences within the industry.

However, truly emphasising the horrific state of the industry, Sona has also called out the likes of Indian playback singer Kailash Kher.

In 2018, she met Kailash for coffee to discuss an upcoming concert in which he started touching her thigh and paid her unwanted compliments.

Sona even detailed how Kailash had asked her to skip soundcheck and meet him in his room to “catch up”.

Given these unforgivable events, Sona has stayed committed to empowering women and speaking out against toxic masculinity and sexual harassment.

She still believes that India has a long way to go, but is pleased that as more victims come forward, the conversation get’s stronger:

“The good news is that it brought about a huge shift even in our country.”

“This systemic institutionalised sexism or misogyny in our industry suddenly became a conversation point.”

Sona remains a prominent catalyst in inducing change and is hopeful that progress will continue.

A Shift is Taking Place 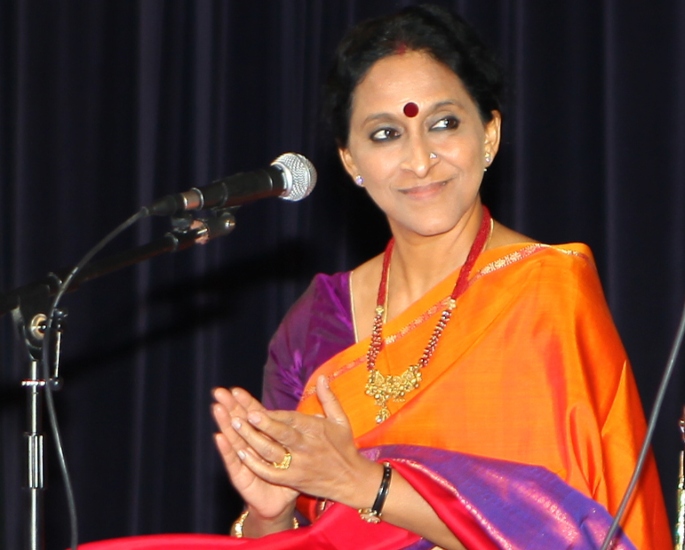 President of The Music Academy in Chennai, Narasimhan Murali, has said that the sexual harassment talk following the #MeToo movement has been eye-opening.

On October 15, 2018, Murali had surprisingly stated that the Academy was yet to make a decision whether abusers would perform at their annual concert in December 2018.

Murali was only able to say that they as a reputable company will “have to be very watchful”.

However, on October 26, 2018, in a dramatic but welcomed u-turn, Murali prohibited several musicians from performing from the December concert.

These included acclaimed musician Chitravina N Ravikiran, singer OS Thyagarajan and violinist Nagai Sriram. All of whom were charged with sexual harassment.

Pleasingly, this was a continuation of progress from the Music Academy. In 2017, the Academy’s secretary Pappu Venugopala Rao was on a list of sexual harassers in Academia.

He was forced to step down and this led to the birth of the Internal Committee which gave victims a solidified method to follow if they had suffered abuse. The first process of its kind for artists.

Although this is a positive step, it is still minuscule when compared to the amount of abuse conducted within India’s music industry.

A lack of substantial investigation into abusers, cases and survivors on the matter is still clear to see.

Bombay Jayashri, notes how without the support of the academy, all other artists have to come together to create a safe space for one another.

Younger and older artists need to feel safe. In order to learn, perform and sing without fear of getting abused in the workplace.

“For art to maintain its integrity, artists need to take a stand without that fear.”

Evidently, with more steps in the right direction, many women in India’s music industry are beginning to feel more comfortable sharing their stories.

With the industry starting to talk more openly about sexual harassment, there is growing optimism that change may be near.

Although, many young musicians are still sceptical due to the fact that allegations against sexual harassers have still not been dealt with.

Instead, they were vehemently denied, dismissed and those abusing their power remain in their high-profile roles.

With this, India’s music sector still has a long way to go in preventing sexual harassment and providing justice for those who are still dealing with the horrors of their ordeals.