Singer Shweta Pandit described music composer Anu Malik as a “paedophile and sexual predator” after he allegedly harassed her. Malik denies the accusation.

"I'll give you this song with Sunidhi and Shaan but first give me a kiss now."

Bollywood Singer Shweta Pandit claimed on Wednesday, October 17, 2018, that music composer Anu Malik allegedly harassed her when she was younger.

Malik is one of several high-profile people in Bollywood who has been accused of sexual misconduct in the midst of India’s #MeToo.

Shweta has spoken out against the Main Hoon Na (2004) composer, recalling an incident that traumatised her as a 15-year-old.

The singer described Malik as a “paedophile and sexual predator”, saying he misbehaved with her when she was inexperienced in the Hindi music industry.

She wrote on Twitter: “It has taken a lot in me to open up this wound again and speak up against this pedophile and sexual predator.”

“It was the year 2000 when I was launched as a lead singer with Mohabbatein. I got a call from Anu Malik’s then manager to come sometime in mid-2001.”

The alleged incident between Pandit and Malik took place upon meeting him at Empire Studio in Andheri, Mumbai for an audition.

“He was recording a group song with Sunidhi (Chauhan) and Shaan for the film Awara Paagal Deewana (2002) when my mother and I walked in the monitor room.”

“He told me to wait in the small cabin inside where singers sang at Empire Studio. It was just him and me there.”

Malik then asked Shweta to sing any song without music.

She added: “I remember I sang the title song of Har Dil Jo Pyar Karega as a voice test for this man.”

“I’ll give you this song with Sunidhi and Shaan but first give me a kiss now.”

“He then smiled, what I’d recall the most evil grin I’ve seen. I went numb and pale in the face.”

Had to go back to my worst memory as a teenage girl today to write this and speak up – its now or never. This is my #MeToo and have to warn young girls about #AnuMalik & let you know your #TimesUp @IndiaMeToo
Thank you @sonamohapatra for speaking up about him & supporting this pic.twitter.com/e261pGQyEq

Pandit described the ordeal as the “the worst experience of my life”.

It left the singer depressed for months and could not bring the issue up with her parents.

The allegations were denied by Anu, currently a judge on Indian Idol, and called them “ridiculous”.

Anu Malik told Press Trust of India (PTI): “No comments. This is ridiculous. I don’t want to talk about it. Today anyone says anything.”

The music composer’s lawyer gave a statement regarding the allegations on Thursday, October 18, 2018.

Zulfiquar Memon said: “The allegations made against my client are emphatically denied as completely false and baseless.”

“My client respects the #MeToo movement but to use this movement to start a character assassination mission is obnoxious.”

Renowned lyricist Sameer Anjaan defended Anu and said that he was at the Studio on the day of the alleged incident.

He posted on Twitter: “I am writing this post as I remember vividly because I was there in the recording studio as Anu Malik and I were working on Awara Pagal Deewana music in 2001 at Empire Studios.”

He added: “After hearing her voice, Anuji said ‘You have a good voice and I will definitely let you know for future projects,’ after that they left.”

“This is really shocking and sad that today people can pass any comment without any proof.”

Shweta is not the only woman to accuse Anu Malik of sexual harassment. 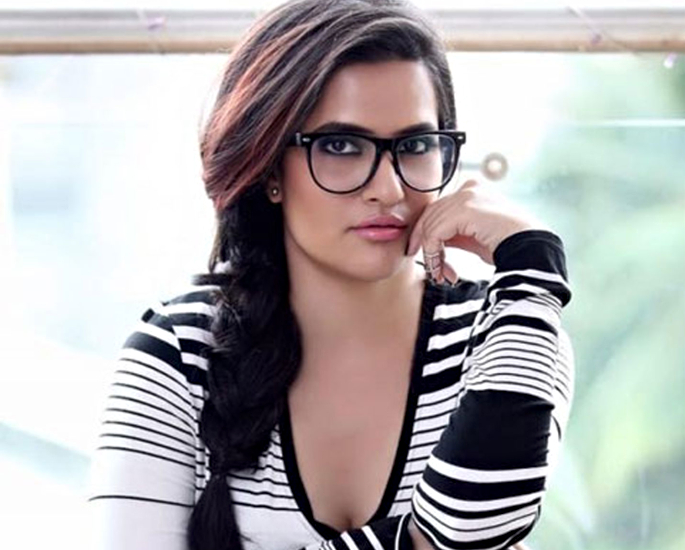 Singer Sona Mohapatra revealed details of her alleged ordeal to the Hindustan Times earlier in October 2018.

They include Malik repeatedly calling her at unearthly hours and passed lewd remarks in front of her husband, Ram Sampath.

She said: “Anu (Malik) used to call up randomly, at strange hours, leave missed calls or once in a while.”

“If I picked up, (he would) awkwardly talk incessantly about strange things.”

Mohapatra described Malik as a “serial predator”. The composer denied the accusations.

Sona thanked Pandit for speaking up and for calling out Malik.

She wrote: “That Anu Malik did this to you as a child is something India has to make note of.”

“Thank you so much for being brave and bringing this out in the open.”

Both Sona Mohapatra and Shweta Pandit have alleged incidents where Anu Malik harassed in the space of a week.

Malik firmly denied these accusations during the wave of India’s #MeToo.

There have been no formal complaints against the music composer. Only time will tell how it will play out.

Dhiren is a journalism graduate with a passion for gaming, watching films and sports. He also enjoys cooking from time to time. His motto is to “Live life one day at a time.”
Tulsi Kumar talks Music Career, ‘Mere Papa’ & Father’s Legacy
5 Incredible Pole Dancers from India