Can Asians be Open about their Sexuality?

It can be a struggle to live in modern Asian households when your sexuality is still seen as unacceptable. Can Asians ever be truly open about themselves?

In the 21st century, homosexuality is more accepted now than ever before. However, there are still some sexuality struggles among Indian and Pakistani families.

While many Asian families have adopted liberal attitudes and mindsets over the years, when it comes to some cultural traditions, they refrain from fully mixing into modern life.

The institution of marriage, for instance, is one that holds just as much importance now than it did centuries ago. And despite how modern upbringings have liberated younger generations of Asians, heterosexual marriage is still encouraged.

But when these expectations collide with issues of sexuality, many Asians can find themselves struggling to live the life they want to.

With homosexuality still a taboo in Asian society, many men and women are afraid to tell their families and friends because they fear being disowned, being outcast or worse.

LGBT South Asians face great difficulty coming out as lesbian, gay and even bisexual. They may deal with serious abuse from those who do not accept homosexuality. Or, they may have families who support them and still have close relationships with their loved ones, but they wouldn’t want their sexuality to be openly broadcasted. 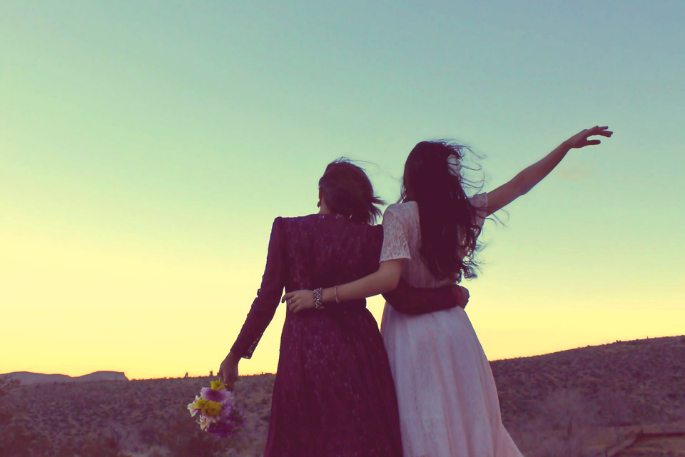 In the West Midlands, Rajesh*, raised in a British Indian household, came to terms with his identity from the age of four:

“I remember looking at boys more than girls and not knowing why. As I grew older, I realised the norm was to look at girls, not boys. I never told anyone I looked at boys,” he tells DESIblitz.

For many years, he has faced problems. Now he has told aunts and cousins who are fine with it. But one problem remains; his mother. “I can’t share that part of my life with her.”

Even if LGBT British Asians find some acceptance among loved ones, the fear of disapproval can be mentally debilitating. Especially if they face disappointed relatives by not having the traditional wedding that’s expected of them.

When asked about making changes in his home life, Rajesh answered: “It would be nice to tell my mum that I’m gay and for her to be accepting of it. I can be less pressured with the shows I watch on TV and the music I listen to. Plus, I could introduce a new part of my life to her.”

Many Asians may want their life in and out of home to change. They may want to get on with their family, friends or want their culture to accept them as they are.

As Rajesh admits: “It’s my life at the end of the day. I can’t change who I am.” 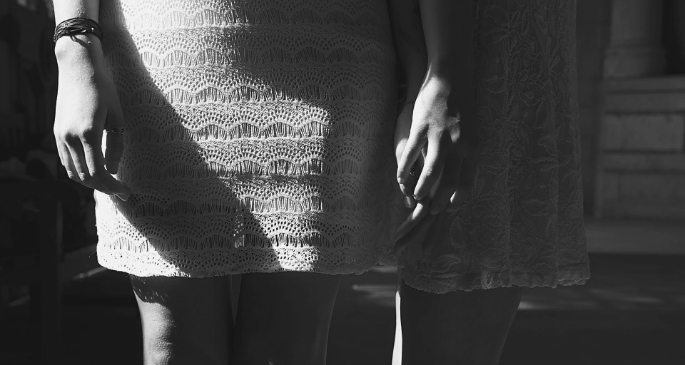 It is not just men who go through struggles with their sexual identity. Women do as well. In a traditionally patriarchal society, women who are lesbian can suffer more because of their gender. South Asian women still face being disowned, getting killed (honour killing) and being out-casted.

One anonymous Indian woman on Quora writes: “I am a woman and I think I am more attracted to women than men. I haven’t dated anyone since my last boyfriend 4 years ago. I am still giving myself time to understand. Living in Chennai, I am scared to openly admit this fact and walk around. I am 27 years and my parents are on a serious groom hunt.”

Asian women can find difficulty in dating and sharing their experiences and feelings. Most women are still in the closet or are even afraid to come out so they live in complete denial. There are also those who decide to be bisexual so they can be more attracted to men. Marriage is a strong point in Asian life because it’s part of their culture.

Despite being on the rise, divorce is still met with disapproval in Asians families, and many may find themselves trapped leading a double life. Some LGBT men and women have even engaged in ‘marriages of convenience’ which allow them to live freely in the eyes of their families.

The Effects of Coming Out

Many people may not experience happiness and acceptance like others in society. They’re afraid to be who they are; especially at home. Some South Asians are constrained by parents and friends that can cause problems such as:

However, it is better to find someone who they can rely on to talk to help alleviate their fears or concerns. Some South Asian families are completely fine with it and accept their relatives for who they are.

Many LGBT Asians will recommend support groups or online forums where they can talk about their sexuality without the fear of shame. At times this can help to lessen the stress and pressure to conform to society’s ideals. 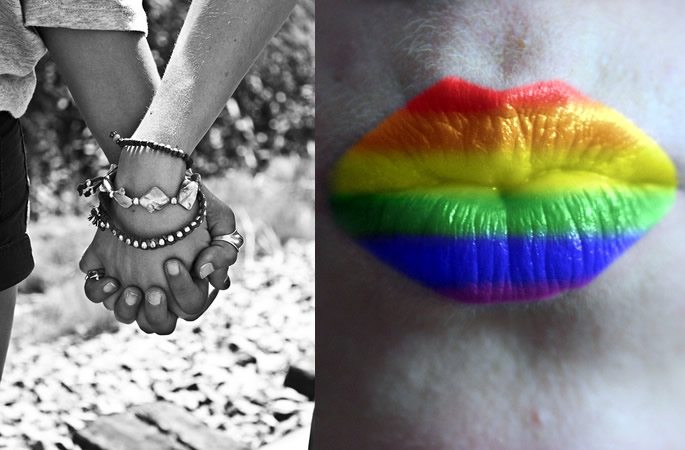 Manjinder Singh Sidhu, a Human Rights Spiritual Activist, was born in Birmingham. He realised that he was gay from age eleven onwards. For the first several years, he tried to make himself straight. But he decided not to ruin a woman’s life by marrying one and so he accepted who he is.

Sidhu couldn’t come out to his parents because the environment was very argumentative. He did not want to be forced to marry a woman, disowned or killed. Instead, he went into education:

“I thought I would study really well. Get good grades, go to university, get a job and move out.”

Once he did this, he could live his life how he wanted without family being around. After a while, he went to live in the Middle East. But he started to worry about what his parents would say and he fell into depression.

Sidhu adopted spirituality and become more positive: “Embrace who you are.”

He started doing meditation which helped his depression. Then he contacted his parents informing them of his sexuality. He tells DESIblitz:

“My mum thought I was going to become a woman, a transgender. My dad thought I had a [mental] health illness.”

When he returned to Birmingham, he tried to get them support to help them understand. But he could only find help in the English language and found there was very little info available for Asian communities.

Sidhu has since become a life coach, speaker and author. He wrote a book called Bollywood Gay, a self-help guide for LGBT South Asians based on the spiritual law of attraction principles:

“I work as a life coach and spiritual counsellor now for LGBT South Asians. I work for Stonewall, diversity role models and I speak in schools.”

Bollywood Gay is available in thirteen languages to help people come out to their family in their own language. The book also contains social media hashtags and interactive methods. 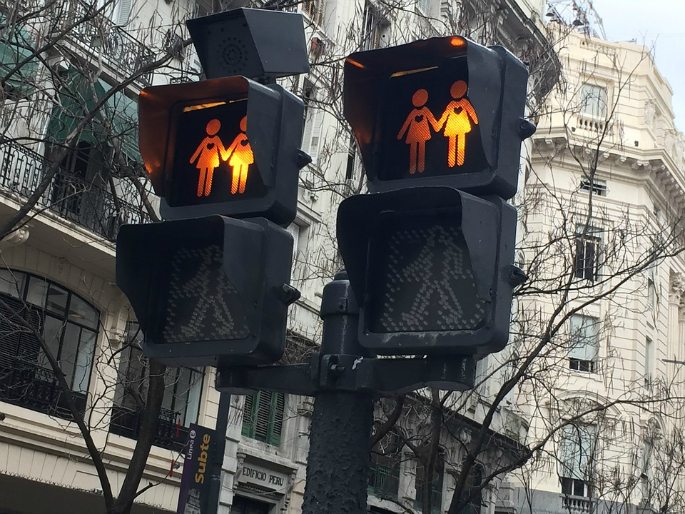 Many movements and support groups have liberated attitudes towards homosexuality across the world, including the UK and even in India.

There are many people in all societies that will abuse LGBT communities by saying, ‘You’re dirty’, ‘You need a cure’ or even, ‘You need to get rid of those thoughts and feelings because you will go to hell’.

Let’s face it, this still happens in the 21st century, in Asian homes and the outside world. But perhaps in time, individuals such as Sidhu can help create more tolerance in the South Asian community.

Where to seek help?

For those individuals who are struggling to find help, here are some useful websites and contacts:

Coming to terms with your sexuality can be a challenging ordeal for many Asian men and women.

But the right support mechanisms and meeting groups of like-minded people can help overcome the intolerance of Asian communities, and allow LGBT Asians to be really open about who they are.

Rianna is a Broadcast Journalism graduate who enjoys reading, writing, and photography. As a dreamer and realist, her motto is: “The best and most beautiful things cannot be seen or even touched, they must be felt with the heart.”
Arranged Marriage and the Fifty Shades of Skin Colour
The Growing Trend and Dangers of Sending Nudes