Arranged Marriage and the Fifty Shades of Skin Colour

Arranged marriages are a strong aspect of South Asian culture. But what about the emphasis on skin colour when finding a match? We explore the question.

'I thought you would marry a much more whiter girl'

Skin colour in arranged marriages still does play a role, despite being in the 21st century. Especially, the shades of skin colour which allude towards the fairer complexion.

The scene of an arranged marriage meeting with the parents and the boy sitting waiting to see the prospective bride walk into the room with the tea is still played out in many ways.

Then, upon sitting down, the glances take place between the family and the girl. But then, wait, her sister comes into the room and sits near her and she happens to be a different shade of skin colour – more fair and whiter.

What happens next is not a scene from a Bollywood film but a reality many have seen and experienced. The mother of the boy asks then asks the mother about the sister, “how old is she?”, “what does she do?”, “are you looking at getting her married?” Why? Because she has the fairer skin, that is why.

The obsession with fair skin is still notorious within South Asian communities. The notion that fair skin makes a better bride is still of significance. Whilst completely ignoring the personality, experience of life and the ability to make a good wife and daughter-in-law without being the skin colour of Kareena Kapoor Khan.

In India especially, the craze that ‘fair is beautiful’ resonates strongly.

Most Bollywood actresses will be plastered with make-up to make them look fair on the screen. Item dances tend to feature the lead dancer against a backdrop of darker skinned dancers. Even Priyanka Chopra admits that fairer heroines are preferred by Bollywood.

Skin lightening creams like ‘Fair and Lovely’ and ‘Fair and Handsome’ endorsed by actors like Shahrukh Khan (who let’s say is not exactly fair skinned himself) are doing huge business.

If skin colour was not an issue in Desi marriages, why do some matrimonial adverts still have the description of skin colour? 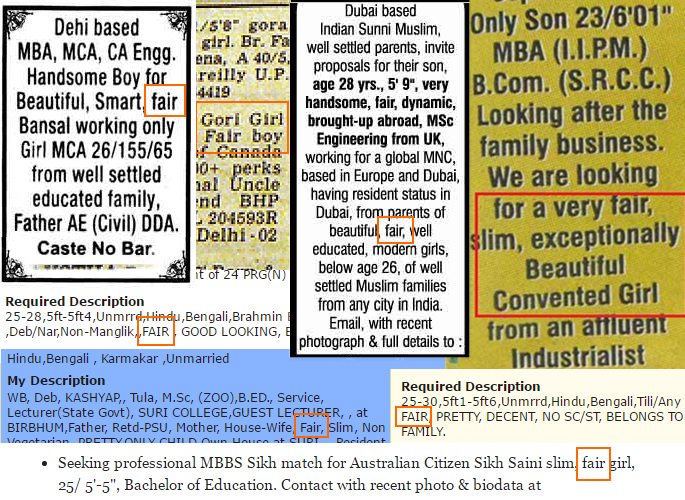 Dusky and darker girls tend to have it harder when it comes to arranged marriage.

It isn’t just female related either. A survey done by jeevansathi.com, a matrimonial website, found that 71% women have a preference towards fair men. It was also found that 65-70% of the men using the website mention their skin colour as ‘fair’.

Hindustan times spoke to a banker, Lekha Sarang, aged 34, who said that she was rejected by a number of men due to her skin colour. She says that she could not tell why she was getting rejected until she asked two of the two men she met for marriage. It shocked her that the reason was her skin colour.

A hotel manager, Deven Makwana who dated Gadgi Shantaram for over three years, had to elope with her and get married because his family were not very ‘enthusiastic’ about her dark skin colour.

Makwana says: “My parents refused to approve of our marriage after seeing Gadgi’s photograph. They didn’t even meet her. They instructed me to find a fair bride.” He has now lost all contact with his family.

Ekta Shetty, who is 27, dates a fair skinned guy, Tejas Krishnan and they plan to marry. She has not had any issues from his parents but her own parents worry for her. Saying: “My parents often give me examples of people who’ve dumped their partners after their parents demanded they get married to a fair-skinned person.”

A simple search on the Jeevansaathi.com website produces 6,527 matches which use the word ‘fair’ in their profiles. Therefore, the subscribers of the website themselves are endorsing the use of the term. 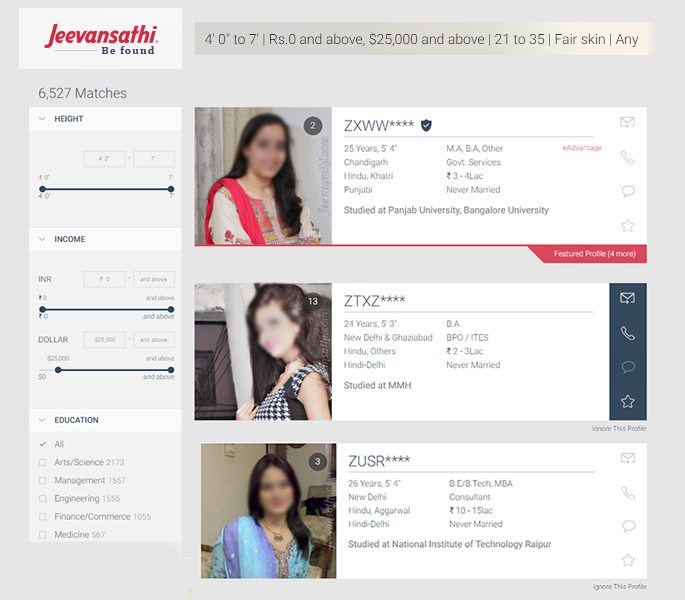 Strangely, some argue that asking for a fair skinned person in an arranged marriage is no different to asking for other attributes. For example, if the bachelor is well-educated and earning good money, the bride is ‘x’ feet tall, asking for a slim and healthy bride, if the girl is from a specific caste/religion and so on. But is skin colour really on par with these or not?

Sheila Sethi, a 26-year-old says: “I think historically a lot of these attributes have been part of the equation of an arranged marriage. But I feel skin colour is not something you change like a job or your weight, and it is far more discriminating than any of the others.”

The South Asian obsession with fair skin has many theories, some say it is to do with past colonial rule; others say it is related to advertising and marketing of fair as always the best; fair skinned are a minority and therefore, more sought after; it is due to an idolisation of the west, and others blame Bollywood film culture.

Whichever it is, the issue of fair skin versus darker skin tones in arranged marriage has its place. 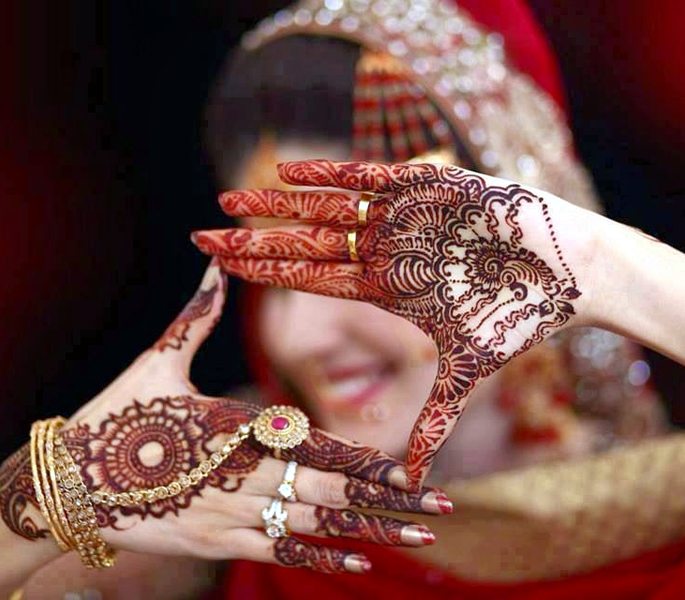 Preeti Saini, a 21-year-old university student, says: “My sister and I are different skin colours. I am a lot fairer than her and constantly we hear in the household, ‘It won’t be difficult to find you a match Preeti but for you Reena [my sister] it may be a problem.’ I find it very hurtful that being sisters we are compared for our exteriors, while I know she is an amazing, attractive and intelligent person.”

“Since starting the hunt for guys. I think my mother has come out of her shell as a ‘racist’. When looking through profiles she will say things like ‘He has a good salary… but he is too dark’ or ‘Oh look at him, he is so fair. Wow!’, which really makes my blood boil every time she does this.”

“I had an arranged marriage and I remember my aunty saying, ‘I thought you would marry a much more whiter girl’. This really got me. Because I adore my wife and think she is beautiful no matter what her skin colour is. I think the older generations have this stigma with skin colour and newer generations are just carrying it on due to family obsessions.”

“I constantly had jibes at me in my marriage for being dark skinned. My mother-in-law would mutter things like ‘If only my son married a gori chitti [fair, white] girl rather than this kali [black] thing’. I never came across such horrid and hurtful remarks before I had my arranged marriage. After three years. I left because my husband who chose me never stood up for me once.”

Whilst a lot is being done to tackle racism, ‘colourism’ or whatever you want to call it in the eyes of the law. Racism within the South Asian communities when it comes to skin colour still exists and does impact arrange marriage selections of a bride or groom.

Until Desi people do not see beyond the colour of the skin, this sad scenario will continue, and the fifty shades of skin colour in arranged marriage will always be dominated by fair skin, as the  preferred choice, especially for those seeking ‘the fairest of them all’.

Priya adores anything to do with cultural change and social psychology. She loves to read and listen to chilled music to relax. A romantic at heart she lives by the motto 'If you want to be loved, be lovable.'
Being Asian at University and Exploring Sex
Can Asians be Open about their Sexuality?