University of Illinois Chicago freshman Mohammad Hossain has been arrested for rape, but claimed his violent act was inspired by bestselling novel and film, Fifty Shades of Grey.

“How can someone let a movie persuade him to do something like this?”

University of Illinois Chicago (UIC) student Mohammad Hossain has been charged with rape, after being accused of sexually assaulting a fellow student in his dormitory.

The incident took place in the 900 block of West Harrison Street on Saturday 21st February 2015. The 19-year-old engineering student was arrested later that evening.

Hossain admitted to assaulting his fellow student, but he claimed that he was ‘re-enacting scenes’ from Fifty Shades of Grey.

Cook County Judge, Adam Bourgeois Jr., heard that the assault began when Hossain allegedly invited the female victim to his dormitory. Though they had ‘previously been intimate’, she denied to dating Hossain.

He then asked her to take off her clothes. She agreed, but kept her underwear on. 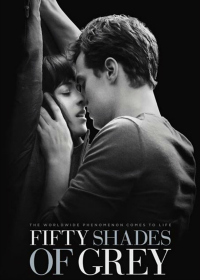 He constrained her hands and feet before tying her to the bed with belts. He then covered her eyes with a knit cap and stuffed a necktie into her mouth, according to Assistant State’s Attorney, Sarah Karr.

Hossain removed her underwear and started hitting her with a belt and his fists. She begged him to stop and told him: “You’re hurting me.” Unfortunately, it was not enough to stop Hossain.

The victim tried to fight against him and managed to free one of her arms during the assault. But Hossain held it behind her back and continued to sexually assault her.

The violent attack was eventually brought to an end when Hossain’s roommate returned to their dormitory. Though Hossain attempted to shut him out, it created an opportunity for the victim to escape the room. The roommate notified someone to call the police.

According to the police report, Hossain was arrested later that evening in another dormitory, situated in the 700 block of South Halsted Street.

In addition to admitting to his crime, Hossain also confessed that he was merely trying to recreate scenes from Fifty Shades of Grey and that he was aware of his wrongdoing.

The Judge was appalled to find that Hossain is a student ambassador to the alumni association. He is also a member of the triathlon team and ‘involved with several UIC leadership programs’.

Judge Bourgeois Jr. asked Hossain’s attorney Sandra Bennewitz: “How can someone involved in all that let a movie persuade him to do something like this?” 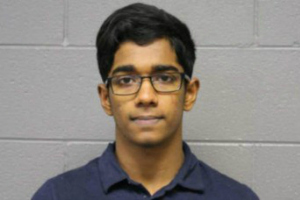 To this, Sandra replied: “He would say that it was consensual.” But the details of the incident suggest otherwise.

Judge Bourgeois Jr. took an extra step to ban Hossain from the university campus. He also demanded that the student submits to electronic monitoring if a bond is posted.

Originally from Columbus, Ohio, Hossain is currently being held in police custody on a $500,000 (£322,000) bail. He faces one charge of felony aggravated criminal sexual assault.

According to The Washington Post, if Hossain is found guilty, he could spend a maximum of 30 years behind bars.

While the film has drawn accusations from a number of political and religious groups, many believe it was never the author’s intention to glorify sexual abuse.

Opinions may be split over Fifty Shades of Grey, but there is definitely no debate about the hideous nature of Mohammad Hossain’s alleged crime.