Raza Rafiq, a frivolous thief from Walsall, has been jailed after buying cars worth £25,000 using stolen chequebooks and insuring them against his own name and address.

The bugler had fled to Pakistan to escape charges but was arrested immediately on his return.

35-year-old Raza Rafiq from Pargeter Street, Walsall was sentenced to a six-and-a-half year jail term after being found guilty of stealing chequebooks in the Black Country.

The West Midlands burglar pocketed the cheques from Moorside Gardens, Walsall and the Afro Caribbean Centre on Wolverhampton Street, Walsall in July 2013.

He later told the police that in order to make even more profit, he resold the cars immediately after he purchased them. 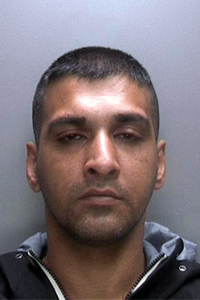 Police officers eventually caught up with the thief when the dealership learnt that the cheques used to purchase the cars were stolen and an investigation was launched.

Rafiq was traced after he used his own details including his Walsall address to purchase insurance for his new cars.

When his house was searched, the stolen chequebooks that had been lifted from the Black Country burglaries were discovered.

The bugler had fled from the UK to Pakistan to escape charges but was arrested immediately on his return.

Detective Constable Roger Smith, from Walsall’s investigation team, said: “This was an in-depth, prolonged investigation with numerous victims made up of local businesses and innocent members of the public who fell victim to his deceit and lies.

“Rafiq had fled from the UK to avoid these allegations and on his return from Pakistan he was located and brought before the court.

“He has left many people out of pocket and shown no remorse for his criminal actions, the sentence can give some closure to the victims and the communities of Walsall will feel safer while he is behind bars.”

This is not the first time British Asian offenders have evaded justice. A 32-year old man called Raja Shahzad dodged trial for seven years before he was eventually tracked down to Birmingham. 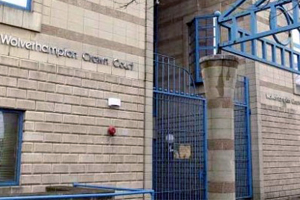 Raja Shahzad from Reigate Avenue, Saltley had been charged with frauds worth more than £100,000. He pleaded guilty to five charges of taking property by deception and one of conspiracy to defraud at Gloucester Crown Court.

His first crime committed in 2006 was effectively tried eight or nine years later.

Another offender from Walsall has been imprisoned in February 2015 after attempting to smuggle six kilograms of cocaine with an estimated value of over £817,000 from Germany through Dover.

37-year-old James Reginald Bettridge of Well Lane, Walsall maintained he had been distributing furniture to Germany.

However, he was seized on his return to the UK with cocaine and a CS gas canister in his van.

He was deemed guilty at the Canterbury Crown Court and was sentenced to six years imprisonment on February 23, 2015.

Raza Rafiq who appeared in front of a judge at the Wolverhampton Crown Court on February 16, 2015, will now face six-and-a-half years in jail.

Images courtesy of The Midlands Times and West Midlands Police