PREMature breaks down Family and Reality

In the first episode of Community Channel’s drama PREMature, everything falls like dominoes after a death in the family. DESIblitz takes a closer look.

This is not a happy-go-lucky story. This is not your average soap. This is about confronting reality in its rawest form.

A bold and honest tale of growing up in the real world unveils in Community Channel’s experimental drama, PREMature.

The first episode, which aired on February 22, 2015, opens with a dictionary definition of ‘fairy tale’ before introducing any characters.

It starts off with a simple explanation – ‘something resembling a fairy story in being magical, idealised or extremely happy’.

Then, it takes things up a notch by describing a fairy tale as ‘a fabricated story, especially one intended to deceive’.

As we sense a dose of harsh reality heading our way, it states a fairy tale is essentially ‘a fictitious story that people may tell others and themselves in an attempt to avoid the truth… or even to tell it’. 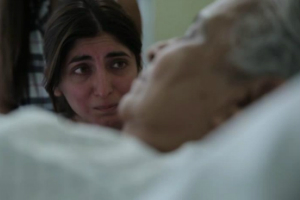 At once, we are stripped of the comfort and ideals of these beautifully false stories that we once believed in as children.

The scene is now perfectly set for PREMature. This is not a happy-go-lucky story. This is not your average soap. This is about confronting reality in its rawest form.

Prem, played by Karanvir Bhupalis, is the focus of this coming-of-age drama. Though he first appears to be a normal high school student from West London, Prem will become a very relatable and complex character by the end of the first episode.

After the passing of his grandmother, Prem goes about his typical day as a teenage boy – having a dull conversation with his mourning mother, minding his own business at school and fantasising about sex.

However, his day is turning out to be anything but ordinary. There is a newcomer at school – Will, played by Daniel Costello. Though quiet and reserved, he tries to fit in to the new environment. 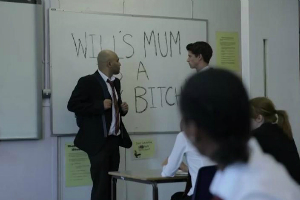 But when he refuses to explain why he left his previous school, Will quickly becomes the new target for the bullies.

They intrude into his personal life and broadcast his family troubles to the entire class.

Will finds relief and support from Prem. Their conversation by the canal suggests Prem may have been a victim of bullying as well. They bond over having similar problems at home and being forced to grow up by circumstances.

Besides his new friendship, Prem also discovers the truth about his parents’ marriage. We know from a few flashbacks that his father, Parthav Mehta (played by Manish Patel) has been kicked out of the house and kept away from the funeral of Prem’s grandmother.

The bitter truth first occurs to Prem at the hospital where his grandmother passed away. As the family gathers around in sorrow, Parthav enters the room and gets told off by Prem’s mother for having sex with a nurse and showing no respect to the situation. 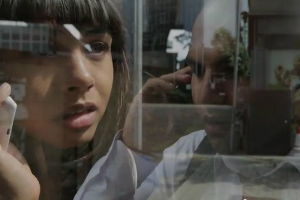 Prem speaks to his sister, Nina Mehta (played by Samantha Shellie), only to find that there have been hints all along that his parents’ marriage is doomed to fail.

Convinced their lives are only going to get worse, Nina mutters: “You can’t be a child anymore. It ain’t the first time it’s happened…he’s been doing it for years.”

She draws Prem’s attention to the reality of their family, saying: “Remember when you were little? And you thought mum and dad were perfect – always right and never makes mistakes? Then you get older, everyone’s so f****d up.”

When he arrives home, his mother Neelam Mehta (played by Meera Ganatra) asks him to buy some fresh eggs. A supposedly normal conversation gets heated and sends Prem out of the house with alcohol and the expired eggs.

Intoxicated and distressed, Prem starts launching the expired eggs at Parthav’s trailer where he sleeps. As he opens the door and steps out of the trailer, Prem finally lets out his bottled emotions.

He shouts angrily at Parthav: “You broke us up and now my life is s**t… Don’t say my name! You’ve lost the right to say my name. It sounds disgusting coming from you.” 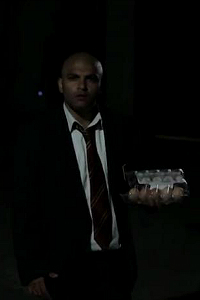 Prem continues his outbursts by blaming his father’s lack of respect to his own family and failure to be a good role model for him.

Already missing his grandmother dearly, Prem feels totally hopeless at this point. Yet, this is the first sign of maturing we see from the heartbroken teenager.

Unlike his father Parthav who has been feeling sorry for himself and needs his employee to tell him how to make amends with his family, Prem stands up to face the culprit of his misery. He bravely opens up his heart and gives his cowardly father a piece of his mind.

The final scene sees Prem’s day draw to an end, as he chills at home on the couch. As uneventful as it seems, the tide has already changed for Prem. We are left eagerly wanting to know what else life has in store for Prem and how he is going to respond to them.

Grimly funny at times, the first episode of PREMature is daring in its narrative and emotionally powerful in its delivery.