PREMature, the Community Channel’s first ever drama, premieres on February 22, 2015. DESIblitz reveals the concept and production of the experimental teen drama.

“Social integration can only happen if we normalise the differences between humans and focus on the similarities.”

Following Desi Rascals and Indian Summers, the latest addition to the Asian presence on British television is the experimental drama, PREMature.

Backed by a Kickstarter crowdfunding campaign worth £35,000, PREMature will air on television (Community Channel) and online (BBC iPlayer) from February 22, 2015.

Over a series of six episodes, it tells the realistic and dramatic story of British Asian teenager Prem, living in Greater West London.

Prem embarks on an emotionally challenging journey, as he laments the passing of his beloved grandmother and the devastating divorce of his parents.

On top of his family drama, Prem is caught up in complex relationships at school. He is forced to come face-to-face with the harsh realities of growing up. 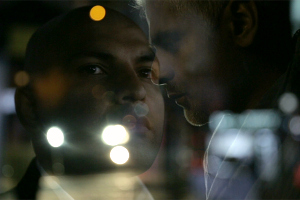 Rohith S. Katbamna is the man behind the coming-of-age drama. Having produced for BBC and Channel 4, Rohith decided to create PREMature which draws on his own experiences.

He said: “Narratively speaking, it’s a story that I took from points of my own life.

“I applied real life situations, surreal and psychedelic sequences, asked the public for support, obtained a broadcaster and continued down the road less travelled.”

As the writer, producer and director of the original drama, Rohith opted for crowdfunding to support his passion for the project.

He favoured drawing funding from the public over traditional investors – who are ‘more inclined to stick with conventional, high concept easy-to-sell projects’.

Rohith explained: “Crowdfunding has allowed project creators to go directly to its potential audience, and gauge a realistic and sometimes brutally honest response and realisation of how your project may be received. 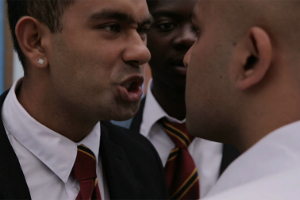 “Crowdfunding can be as cutting and testing as the TV industry, but a sense of fulfilment washes over you – especially when a network of supporters outside of your friends and family want to know more about what you’re wanting to achieve.”

PREMature primes itself on authenticity, which is evident in its casting. Karanvir Bhupal shares a close attachment to his character Prem.

Just before shooting began, Karanvir’s grandmother passed away in the same hospital that is seen in the drama’s opening scene.

He said: “To be able to mirror what has happened in my personal life…and show them onscreen with a character like Prem gives me such a satisfying feeling.

“I feel that Prem’s character has had a phenomenal effect on my life and will continue to do so.”

The drama student from Middlesex added: “The respect I have gained for my peers and the character is something which will stay with me forever.”

Manish described his acting debut experience: “Never acted before, so it was always going to be a daunting task. But the entire cast and crew, who I can rightly dub as family, provided a supportive environment.

“This is always important in a project where the naturalism of our reality is being recreated for a screen project. It’s something I’m incredibly proud to be a part of.” 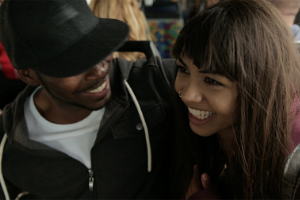 PREMature‘s conscious effort to focus on realism is also felt in Rohith’s direction. Locations were carefully selected, so that natural light and original props could be used to accentuate the reality of the situations.

In order to deliver organic performances, Rohith worked closely with the actors to explore their dialogues. A lot of improvisation was incorporated to capture the genuine emotions experienced in the scenes.

Terry Mardi, founder and producer of Liger Films which co-produced PREMature, strongly believes in the social importance of the profound drama.

He shared his thoughts exclusively with DESIblitz:

“The young people we speak to on a daily basis are intelligent, emotional and positive individuals who are each going through their own complex life journeys. But if you watch a lot of youth-focused television in Britain, it would have you believe otherwise.”

“The tasteless, shallow, debauchery-driven trash that is projected by broadcasters may well appease the shallow depths of society’s need to be entertained.

“It doesn’t represent the nation realistically and seems to be over-sensationalised and excessively manipulative.”

Terry is dedicated to developing young British Asian talents and providing them with ample opportunities to showcase their brilliance.

Speaking about PREMature, his enthusiasm was infectious. He said: “Hopefully the series finds an audience who can appreciate it for what it truly is.

“Social integration can only happen if we normalise the differences between humans and focus on the similarities.”

Though set in London, PREMature touches upon issues with wide appeal, such as bullying, addiction and identity. Terry even revealed his ambitious plans for the experimental drama.

He said: “It’s a British drama yet the topics are universal, so would appeal to a global audience. Liger Films hopes to bring this to an international audience at some point.”

With its moving story, dark humour and stylistic cinematography, the arthouse drama is not one to be missed.