PREMature has a ‘Tripping’ time with Consequences

In the fourth episode of PREMature, Prem celebrates his 16th birthday with magic mushrooms. Meanwhile, Neelam ventures deeper into her sexual fantasy.

The seemingly innocent trip gets out of control when the boys celebrate Prem’s 16th birthday with magic mushrooms.

The fourth episode of PREMature takes the audience on a ride of fantasy and imagination.

We learn from the previous episode that Neelam, Prem’s mother, has taken an interest in her colleague who is a regular user of phone sex.

Curious and intrigued, she speaks to him again to find out more about what phone sex is and how it works.

Her colleague, who has also been through the trauma of a divorce, gives details of his sexual pursuits. But he is careful with boundaries and does not want to come across as derogatory.

To his surprise, Neelam’s response is: “Be as explicit as you want.” This only adds to his bewilderment that the usually quiet and reserved Neelam suddenly wants to chat with him. Let alone the sensitive nature of her choice of topic.

Is this simply to satisfy her curiosity? Does she want to try phone sex? Or is she trying to strike up an affair with her colleague, who understands the devastating effect of failed marriages? 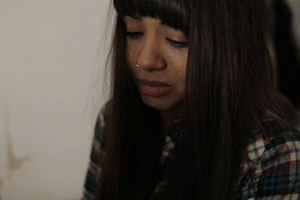 The answer will hopefully lie within the final two episodes. But for now, Neelam’s sexual fantasy is most certainly running wild like horses.

Prem and Will go on a school trip to visit a museum. The seemingly innocent trip gets out of control when the boys celebrate Prem’s 16th birthday with magic mushrooms.

After a few bites, they fall into a trance and talk funny. But their hallucinations start to get real when Prem and Will meet their family in a surreal setting.

In Prem’s hallucination, it is almost like he takes a stroll down childhood memory lane. One moment he sees his father holding him in his arms, and the next he is comforted by his late grandmother.

In his heightened illusions, Neelam reads out a grim nursery rhyme as Prem is being hit by ocean waves. He fights to breathe and begs her to stop reading.

Her story goes: “And the rabbit jumps over the fence. The farmer did not catch it. This is so tense. The little rabbit ran fast and made it back home.

“But as the little rabbit leaped over a log, the rabbit fell quick and deep into a hole. The rabbit laid hurt and both legs broke. The rabbit was alone, hungry and cold.”

Neelam ends the story on a gloomy note: “The rabbit had remembered his family was broken. The rabbit died sadly ever after. The end.”

For Will, the object of his hallucination is his disabled and alcoholic mother, who first appears in the disguise of his bully Sunny. 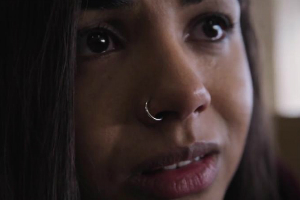 Will dances with his mother and even plays music with her – or air violin using her tender arm and his imagination.

The act may be strange, but there is nothing sweeter than to see the troubled mother and son share an intimate moment.

Nina, Prem’s sister, and her boyfriend Darren continue their sophisticated conversation about social interaction. This leads to Nina opening up about her anxiety over her family situation:

“All those memories of my dad, it scares me ’cause I don’t know how honest it was. When you start to piece it all together…those sounds in the bathroom are actually of my mom crying or like how she would go spend a few days with my Nan, ’cause she didn’t want to bear the sight of him or share the bed.”

Having recovered slightly from his first ‘high’, Prem goes out for his birthday meal with his family. Though his parents sit awkwardly across the table, their outfits strangely match each other’s colours. Could the Mehta family reunite again?