Examination of Life in PREMature Finale

No more secrets in the final episode of PREMature. Everyone lays their cards on the table, as Prem has fully matured into a young man with a purpose.

Will feels incredibly thankful for having a true friend like Prem and kisses him on the cheek.

The final episode of PREMature completes Prem’s journey from a troubled teenager to a bold young man by putting everything to a test.

His friendship with Will goes through an emotional upheaval, when Will’s honest confessions catch Prem completely off-guard.

Back in the third episode, one of their female classmates’ indecent behaviour was recorded and uploaded online.

While sitting for her exam in this episode, she still appears to be extremely anxious and uncomfortable in the presence of her bullies.

Yet, it turns out Sunny and his gang are not all to blame. Will admits to Prem that he has uploaded the video again in order to distract their bullies’ attention away from them. 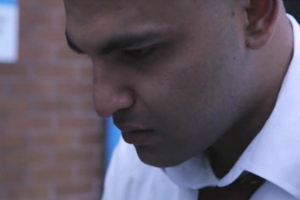 Shocked and disgusted at what Will has done, Prem cannot forgive his friend and refuses to speak to him.

But abandoning Will is harder said than done. Upon finding out Will has been put through hell again by Sunny and his lot, Prem stands up for him and makes sure they know he is not one to suffer in silence.

Later on, they cycle to the woods – their safe haven and escape spot. Prem apologises for walking out on Will earlier and promises to always be there for him because: “You’re my mate.”

Having been through a traumatic day, Will feels incredibly thankful for having a true friend like Prem who understands his struggle and protects him from harm. To show his appreciation, he kisses Prem on the cheek.

At first, he is dumbfounded by Will’s sudden gesture. After composing himself, he assures Will they are still friends.

At home, things are even more testing for young Prem. Although it has been a long time since the whole Mehta family is in the same room, the tension can be cut with a knife.

Everyone is a total mess. Nina is pregnant with her boyfriend Darren’s baby. As supportive as Darren is, it does not help Nina decide whether she wants to keep the baby or not. Coming from an Asian background, whatever she decides is doomed to be frowned upon anyway.

Neelam has been looking for a way out of the chaos at home by venturing into phone sex. She has been studying up on how to be a good phone sex operator and has consulted ‘Natasha’ for her industry advice.

As for Parthav, in the wake of his medical condition and the end of his relationship with the nurse, he is forced to bow to reality.

Funny how it always takes the worst thing in life for one to realise what matters the most.

Now that his world is falling apart, Parthav seeks comfort and support from the person that he has hurt the most, Neelam. But she cannot care less.

Overwhelmed by the twists and turns in his broken family, Prem packs his bag and runs away from home only to find no one else is there for him. 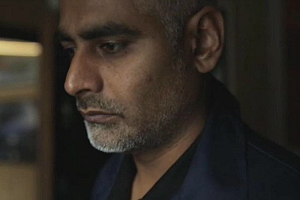 His uncle, who promises to let Prem stay with him, is nowhere to be found.

His teacher, who also offers his help in times of need, is preoccupied by his own affair with a married woman.

As he stares into the dark night, Prem is no longer the reserved and confused teenage boy that we met at the beginning of the series. Carrying his backpack, Prem has found himself and is ready to craft his own path in life.

That’s a wrap for PREMature, an original experimental drama, which exposes the disturbing reality in an average family and school in the UK. By throwing us back and forth between extreme emotions, the bold series strangely leaves you with hopes for the future.

DESIblitz has absolutely enjoyed the amazing work by the team at Liger Films Ltd and we cannot wait for the rest of the world to experience such brilliance on television!

The Importance of Being Earnest in Indian Summers
Is Deepika Padukone’s #MyChoice acceptable?