The Importance of Being Earnest in Indian Summers

Murder, theatrics and villains dominate episode 7 of Indian Summers. Ralph deals with the aftermath of Jaya’s death, while the Royal Simla Club put on a play. DESIblitz has more.

Ian McLeod stands apart from the rest of the British. He doesn't share their racist ideals.

Another thrilling episode of Indian Summers sees the aftermath of Jaya’s drowning.

Simla’s Gaiety Theatre opens its doors to an annual production that has all of British Simla involved.

But tensions are rising from Gandhi’s Congress Party and a hunger strike is imminent.

DESIblitz has more from this action-packed episode.

The Aftermath of Jaya’s Drowning 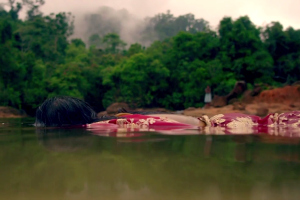 The seventh episode of Indian Summers opens with the terrifying sight of Jaya’s drowned body in a stolen wedding sari floating in the water.

Caught by traumatised orphan children, Jaya is labelled a Jane Doe who was stabbed before being pushed into the water.

The river washes away Jaya’s life and also her secrets. And now Adam is left without a mother. But who will pay for her death, if anyone?

Ralph is called to identify her, but is keen to protect himself. While he is evidently shocked to see Jaya’s motionless body, he holds back his emotions until he is alone, when he finally breaks down and sheds a few tears upon her cold cheek.

But before the Superintendent can close the case, Ian arrives to identify her. He mentions her working at Ramu Sood’s tea plantation. But as he recalls her stealing personal items from Sood’s home, he unintentionally gives away a new murder suspect. Now Ramu’s future hangs in the balance. 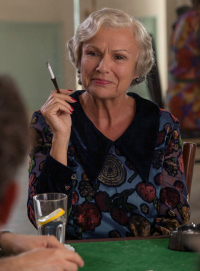 The sobering opening of the episode is not enough to deter the British who are rehearsing for their annual production at the Gaiety Theatre. Very aptly, it is Oscar Wilde’s, The Importance of Being Earnest and the exuberant Mr Keane is in charge.

Cynthia and the Viceroy are in their theatrical element as they rehearse for the play. Wilde’s social comedy offers a cutting sense of irony to Indian Summers and the play’s humorous undertones are hugely relevant to British-ruled Simla.

Cynthia as the matriarch supreme Lady Bracknell has yet another mask to wear, and while she and the Viceroy revel in reminding everyone else of social duty, they are themselves ruled and controlled by it. Even the British have a part to play.

Ramu and Ian Products of Anti-Society 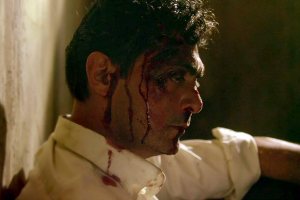 Following Ian’s innocent revelation about Jaya stealing from Ramu’s property, the Indian landowner becomes a prime suspect. We see how such a self-respected figure becomes debased and forced into a submissive role by his colonisers.

Ramu has been the one character who dared to class himself as an equal to the British. And the price he pays? “I knew I would be punished.”

Ian certainly stands apart from the rest of the British. He doesn’t share their racist ideals, but like Ramu he violates the deep-rooted sentiments of class and cast. No one is allowed to break them, neither Indian or British, at risk of punishment and ostracism.

We wonder now how Ramu’s fate will fare – will it see a similar end to Chandru Mohan? Of course, for the British, it doesn’t matter that he is innocent:

Ralph’s Conscience Catches up with Him 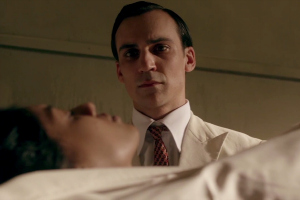 Ralph receives word that Gandhi will be going on hunger strike in jail, unluckily at the same time as the play opening.

Ralph feels he has a duty to uphold his promise to the Untouchables, and he tries to convince the Viceroy and Cynthia to postpone the play opening to a more appropriate date. But this falls on deaf ears, and Cynthia responds: “Disrespectful to whom…Gandhi?”

The death of Jaya has altered Ralph considerably, and his conscience is fighting its own battle. On the one hand we see him weeping over Jaya’s body, and on the other he is ruthlessly framing the innocent Ramu Sood for her murder, and expecting Ian to ‘fall in line’.

He also generously donates to the orphanage, knowing that his illegitimate half-caste son, Adam is there. An absent father’s guilt shines through and Dougie can see it.

At Jaya’s cremation, Alice learns that Jaya was Adam’s mother. At the same she notices Ralph hiding in the foliage watching the cremation in secrecy. How long will it take for Alice to put the pieces together? 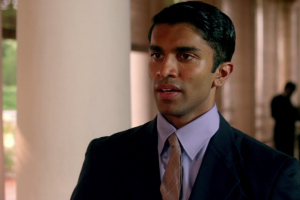 Aafrin is not the only character faced with villains from his own race. Sergeant Singh approaches him with a revelation that shocks him – the Chandru Mohan inquest evidence that Aafrin stole and hid in his home.

It is evident that Singh has his own agenda, as he has kept the evidence for himself. Perhaps he is looking to upscale to Aafrin’s position and status with the British. Or is he planning something more sinister?

Aafrin confronts Alice about the evidence, and doesn’t believe her when she insists that she gave the letter to Sita. Sita has clearly pulled the wool over Aafrin’s eyes, and he ignorantly believes that it is only the British i.e. Alice who he cannot trust.

He also faces opposition from Sooni. Her revolutionary stance is creating divisions not only between the races but also her own family. And again we are left wondering, will she help Aafrin when the time comes?