Meet the Cast of Indian Summers

Indian Summers, Channel 4’s most expensive drama ever, starts on February 15, 2015 at 9pm. DESIblitz introduces you to the period drama’s star-studded cast.

“It seemed pioneering that here was a drama telling a story that so many mixed race people would find relevant.”

Written by Paul Rutman and directed by Anand Tucker, the 10-part period drama chronicles the declining British Empire, and birth of a modern India in Simla in 1932.

Having spent 70 days shooting in the Malaysian city of Penang, the talented cast have immersed themselves in the colonial life and bonded over the melting heat and exotic cuisine.

DESIblitz takes you behind the scenes to find out more about the characters of Indian Summers. 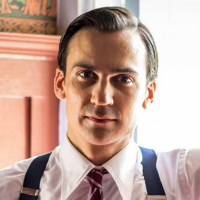 The smart and charming Private Secretary to the Viceroy of India is played by Henry Lloyd-Hughes.

Hughes describes his character as someone who ‘has to keep this world going’, because his job requires him to stay ahead of the game and ‘maintain a sense of business as usual’.

Having spent time in India and England, Ralph’s allegiance is often conflicted.

Henry says: “He says one thing to the Viceroy then does something slightly different. These political machinations reflect how he is a bit more progressive than he at first appears.” 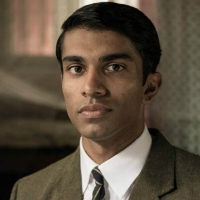 The young and unassuming Aafrin is played by Nikesh Patel.

He was attracted to the show because he admits: “This is telling a story that my generation hasn’t really seen.”

Aafrin lives an uneventful life until his sister Sooni joins the independence movement.

Nikesh adds: “He wants to support his family and, although he can’t help but be aware of the growing cause for independence. To pay too much attention to that would be at odds with his job.”

The young Parsi also becomes involved with a Hindu girl and Ralph’s sister and has to make some difficult decisions along the way. 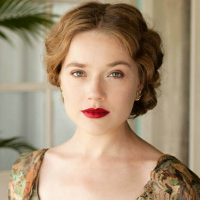 Alice returns with her son to her country of birth, India, in the hopes of finding happiness. But she is quickly defined by her relationships with men.

Alice raises eyebrows for her interracial romance with Aafrin. She is also tangled in an oddly close relationship with her brother Ralph.

Jemima explains: “[They] are each other’s only family, so it’s an intense bond.

“The boundaries are pretty blurred and there’s an undeniable attraction that’s always on the brink.” 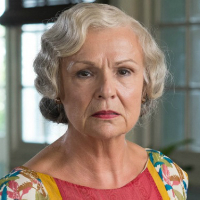 Portraying the charismatic Cynthia is none other than award-winning actress, Julie Walters.

Cynthia is the proprietor of the British Club in Simla and a social queen with questionable ethics.

Julie believes her character’s moral codes are: “Based on her practical needs rather than right and wrong.”

Her strong bond with Ralph manifests in the way she protects him and craves for his success. 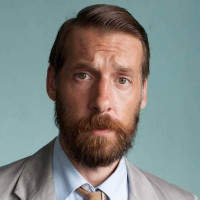 Dougie has a kind soul and an overwhelming devotion to help abandoned mixed race children by running a Mission School.

But his passion for work eventually comes between him and wife Sarah, as he discovers his feelings for her begin to take a different shape.

Craig added: “Real love is very important to him. We join him when he’s deciding what real love is and isn’t.” 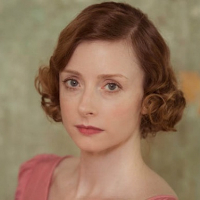 The Resident Evil actress from Ireland tones down her accent to play Dougie’s wife, Sarah.

Homesick, frustrated and isolated, Sarah does not enjoy the expat lifestyle.

But she cannot find comfort in her husband, who is secretly falling for his assistant Leena.

Fiona pities Sarah saying: “She doesn’t know how to talk to him and he won’t talk to her. Beneath Sarah’s uptight bitterness there’s a vulnerable woman.” 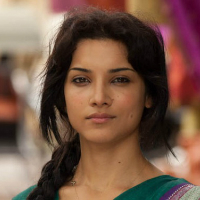 It is only fitting that a mixed race actress is cast as Leena Prasad, the Anglo-Indian assistant to Doug at his Mission School.

“So few of [mixed race characters] are written and it seemed pioneering that here was a drama telling a story that so many mixed race people would find relevant. So I fought my way into the room for an audition.”

Leena is passionate about her work at the school, but finds herself caught in the middle of everything – being a mixed race woman in 1930s India and falling for her married boss, Doug. 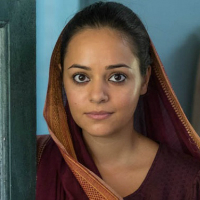 But Aysha points out: “She is a hothead and risks the full weight of the law when she paints pro-independence graffiti on a monument. You both admire and worry about her.”

She adds: “Aafrin is the golden boy – he’s a first-born male and that’s crucial culturally. So it begins with her rebelling against him and his work for the British, then she realises there’s more to it than Aafrin.” 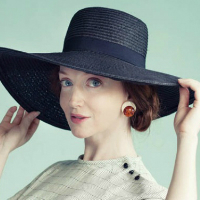 Confident, sexy and care-free, Madeleine sets her eyes on Ralph but fails to lock his heart.

Olivia says: “She falls in love with Ralph. They click physically but, emotionally, something’s wrong.

“She can’t work out if it’s just his public-schoolboy coolness or if he’s genuinely indifferent. Either way, it hurts.”