"There are a few things from time to time you don't mind and having a statue is one."

There’s a new Bollywood face in London town as superstar Katrina Kaif has been immortalised in wax work at Madame Tussauds.

The Bollywood beauty unveiled her new wax figure at a special press conference on March 27, 2015.

The new addition celebrates 15 years of Bollywood at London’s Madame Tussauds, which is already home to some very familiar Indian faces.

Katrina stunned in a black Sabyasachi gown at the unveiling, and thanked her fans for the ‘incredible honour’. The actress also posed with fans alongside her statue, which shares an extraordinary resemblance to her.

Katrina competed with two other big Bollywood names for the tribute; the stunners Priyanka Chopra and Deepika Padukone. 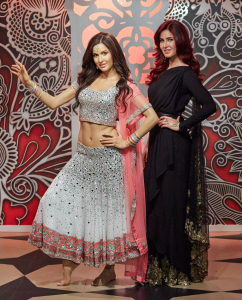 During summer of 2014 the Madame Tussauds website hosted a poll for their next Bollywood wax figure, allowing fans to vote for their favourite actress.

And the fans picked Katrina as who they wanted as their next celebrity wax avatar.

Katrina is notably the second Indian superstar to have been voted by the public, following the first Bollywood wax statue, Amitabh Bachchan, in 2000.

With Katrina’s wax figure costing over £150,000, it took 20 artist a total time span of 4 months, and Madame Tussauds teased with many behind the scenes images of Katrina’s face being measured and even holding her own eyeballs!

The wax statues sees Katrina in a dancing pose, from one of her biggest item hits, ‘Sheila Ki Jawani’.

While she is known for many big dance numbers, this proved to be her fans’ favourite track to see the sexy actress in, and Katrina even donated her exquisite Manish Malhotra-designed lehenga and complete jewellry for the model to wear.

After so many months of waiting, fans will now be able to see their Barbie Doll actress captured by the Tussauds sculpture artists, and view the soft features of the beautiful woman in person. 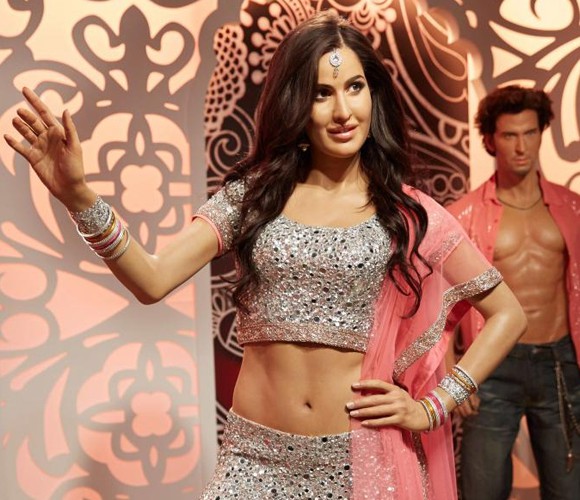 Speaking about how grateful she was for the recognition, the 31-year-old said:

“It’s an amazing honour to be asked to be featured alongside icons of the Indian film industry. I have really enjoyed working with the team and am delighted with the end result.

“I can’t believe how detailed and accurate it is. It is just like looking in a mirror in 3D.”

When she first heard the poll result, Katrina was delighted: “There are a few things from time to time you don’t mind and having a statue is one. Also, three of my sisters live in London. They have kids there, so it’s very special for them. 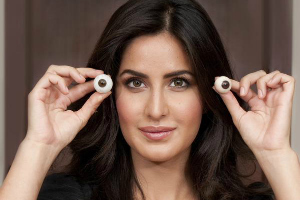 Starting her career nearly 12 years ago the beautiful actress has never looked back.

Yielding out a long line of hits, Katrina Kaif has been one of the most successful actresses ever in Bollywood, holding titles such as the sexiest actress and most searched actress on Google. Now British fans won’t have to travel too fa to get a selfie with their favourite Bollywood actress!

Madame Tussauds General Manager, Ben Sweet said: “We have a long and strong relationship with the Indian film industry and our Bollywood figures are hugely popular with guests.

“We are delighted to welcome Katrina to the ever growing Bollywood A-list here, the first to be featured in a glamorous new setting where guests can get up close with some of the biggest film stars in the world.”

British born Ria, is a Bollywood enthusiast who loves to read books. Studying film and television, she hopes to one-day produce good enough content for Hindi cinema. Her motto is: “If you can dream it, you can do it,” Walt Disney.
Winners of the 62nd National Film Awards
The Importance of Being Earnest in Indian Summers