"Me when I saw my new wax figure at Madame Tussauds in NYC."

Priyanka Chopra’s popularity over the world continues to grow especially as she has just unveiled her wax statue at Madame Tussauds in New York City.

The actress does not step away from the limelight. She is always unveiling new projects all over the world.

She previously announced that she would be playing Osho’s disciple Ma Anand Sheela in her next Hollywood film.

Priyanka has now revealed her lifelike waxwork which is the latest arrival in New York. Fans of the actress will be able to see the actress up close in wax form.

Not only that, but she also revealed her statue will be coming to other Madame Tussauds around the world. This includes London and Sydney.

The wax statue will also tour Singapore, Bangkok and Hong Kong. This will only increase her popularity as an actress.

The original Madame Tussauds in London posted a video on their Twitter account of Priyanka at the location to give her input on the statue. 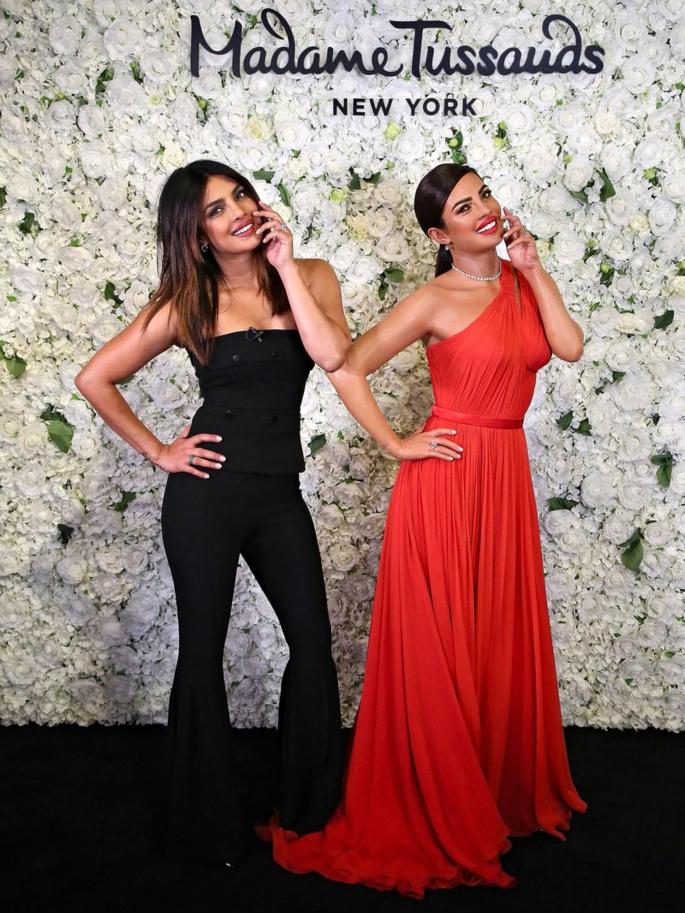 Crew members are seen measure every angle of her face as well as taking several photos of her in what must be a long process.

Everything was being done to ensure that Priyanka’s waxwork was as lifelike as possible and that PeeCee would like it.

Chopra was also seen looking through outfits that she has worn in order to pick what she wanted her wax statue to be dressed in.

It seemed the actress loved her wax figure and took to Twitter to post a picture of herself in a similar pose.

She included an open-mouthed emoji along with the caption:

“Me when I saw my new wax figure at Madame Tussauds in NYC (Coming to other locations soon).” 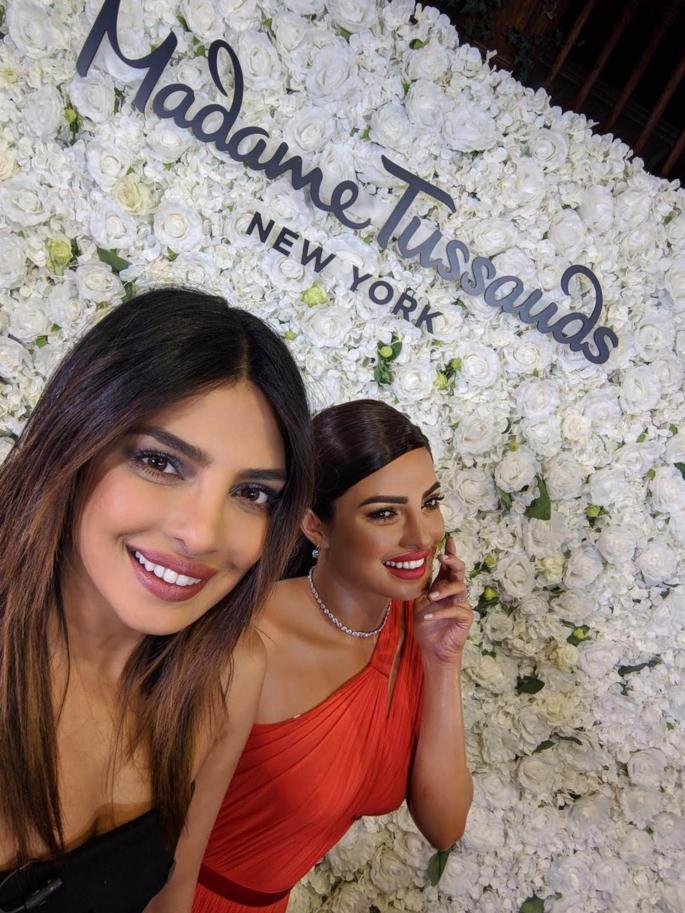 Fans took to social media to congratulate Priyanka on making it into such a famous attraction.

One user wrote: “Congratulations Priyanka Chopra… you made my day.”

Another person posted: “She deserves it for so many reasons, love you PC and congratulations.”

As well as having her own wax figure, in the process, Priyanka has made Madame Tussauds history. She is the first Indian actress to have four statues at the wax statue.

It is some achievement and it shows much of a positive impact she has in the world.

Dhiren is a journalism graduate with a passion for gaming, watching films and sports. He also enjoys cooking from time to time. His motto is to “Live life one day at a time.”
TV Actress Naga Jhansi commits Suicide after Relationship Issues
Paridhi Sharma found Divorce Scenes in Patiala Babes Traumatic