TV actress Paridhi Sharma has admitted that she broke down in tears on the set of Patiala Babes when filming the divorce sequence.

"So, understanding the emotions to get it right on-screen was challenging."

TV show Patiala Babes is one of the most popular shows and Paridhi Sharma is one of its stars. However, the actress has confessed that the divorce storyline was traumatic for her.

It was such a difficult storyline to film that Paridhi actually broke down in tears on set.

Patiala Babes has a unique storyline which revolves around a mother and daughter relationship.

Mini (Ashnoor Kaur) is helping her mother Babita (Sharma) become independent and is creating her own identity as Babita.

Currently, Babita is going through one of the most difficult experiences of her life where she has made the tough decision of divorcing her husband.

Her daughter was critical in making her understand that divorce is not the end of the world, but it is the beginning of good things to come. 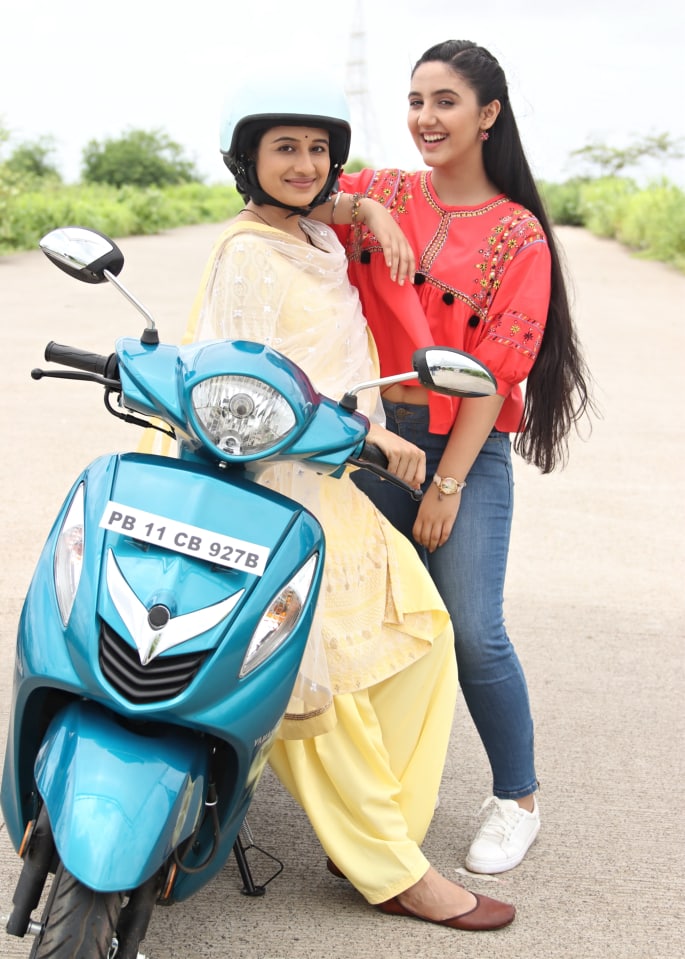 Sharma is known for her brilliant acting skills and got fully immersed in the storyline when shooting the scenes.

She had gotten into the role so much that once it was over, she broke down in front of the cast and crew members.

Everyone became worried and all thought that it may have been due to the intense scenes. However, after composing herself, Paridhi told her co-stars that it was because she felt very strong as a woman after filming the scenes.

Paridhi spoke about the difficult storyline, she said:

“I’m in a happy marriage in real-life and I have no one in my family or friends who have gone through a divorce.

“So, understanding the emotions to get it right on-screen was challenging. But my director made me understand Babita’s emotions and also how it will eventually enable her to emerge as a stronger and independent woman.

“I got so overwhelmed while shooting the track, that when the shot got an OK, I just couldn’t control myself and had a meltdown on set.”

“I wasn’t feeling sad, rather I felt really strong from within and realised that every woman has that power to rewrite her own destiny and not be dependent on anyone.”

The emotions from Paridhi show how dedicated she is to acting and her passion for it.

Patiala Babes continues and viewers cannot wait for Babita to write her own destiny and emerge as an independent woman.

Dhiren is a journalism graduate with a passion for gaming, watching films and sports. He also enjoys cooking from time to time. His motto is to “Live life one day at a time.”
Priyanka Chopra unveils her Wax Statue at Madame Tussauds
Is Barun Sobti ready to Challenge himself in Film Roles?