Their perfectly sculpted figures, beautiful faces and effortless charisma, have made these women renowned Bombshells, DESIblitz looks at the women who are Bollywood’s best bikini babes!

Bollywood is full of beautiful women, whether are petite or voluptuous

No longer weary of what they can or cannot wear, numerous actresses become bikini babes in Indian cinema today by confidently wearing a swimsuit or bikini when playing a character onscreen.

Whether it’s for a photo shoot, a scene for a film, or even for an item song, these actresses have flaunted their assets in sultry swimwear.

Bollywood is full of beautiful women, whether are petite or voluptuous, Indian or foreign, the diverse beauty has given the audience a variety of actresses to swoon over.

So, with that in mind, DESIblitz looks at the Best Bikini Babes of Bollywood. 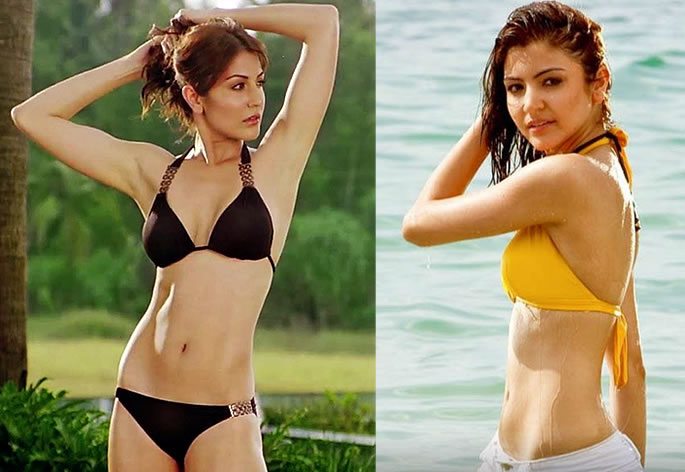 Taking no time to show off her amazing figure, Anushka Sharma wore a bikini in Ladies vs Ricky Bahl (2011).

Slender legs and an incredibly toned torso, her figure reflects the hard work she puts into working out!

Looking incredible in a black bikini, it would be hard for anyone to not be seduced by her stunning physique!

Since the beginning of her career to today, Anushka has shown the audience that she will always look good in both saris and swimwear! 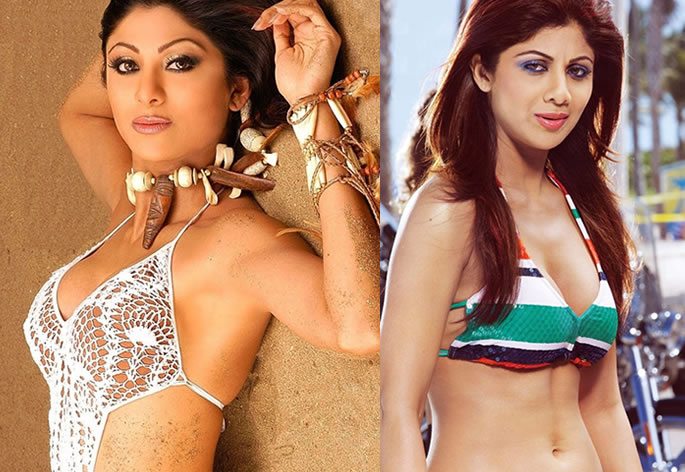 Shilpa is often regarded as an actress with one of the best figures in the industry, and it’s hard to argue otherwise!

Her figure has always been admired from her numerous item songs, whether it was ‘Dupatte ka Pallu’ or ‘U.P Bihar Lootne’, lehengas and saris complimented her perfect curves!

For Dostana (2008) alongside John Abraham in the song ‘Shutup and Bounce’, Shilpa showed the audience that she still has the best body in B-Town when she sizzled on screen in numerous bikinis. 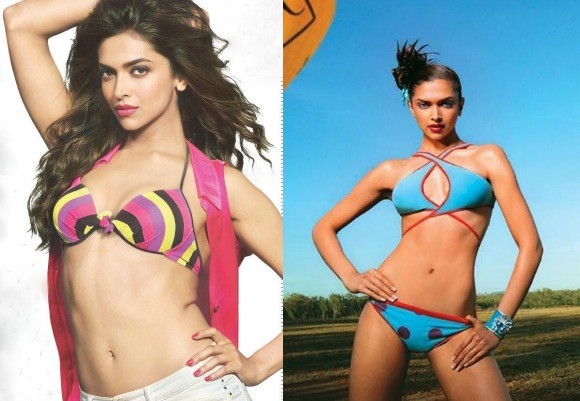 The current reigning Queen of Bollywood, Deepika Padukone has always had a fantastic figure. This gorgeous model turned actress had already wowed in numerous swimsuit photoshoots.

Yet she looked even better in motion, especially for her bikini scenes in Cocktail (2012) and Housefull (2010).

As a state level badminton player, her fitness regime has given her that envious athletic physique! With toned abs and long lean legs, Deepika is definitely one of the hottest women in Bollywood. 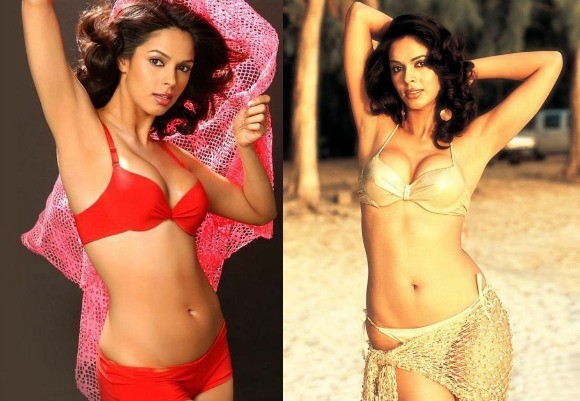 This Bollywood bombshell caught the attention of her audience with her flawless figure and unwavering confidence to flaunt it!

Never shying away from wearing a bikini or lingerie, Mallika is renowned for exhibiting her assets in bold characters and item songs!

Though we do not see much of her on screen anymore, this long legged beauty has surely made her mark as a beautiful Bollywood diva.

Whether it’s her item song ‘Jalebi Bai’ or sultry character in Murder (2004), Malika’s figure has always been the centre of attention, making her one of the best bikini babes! 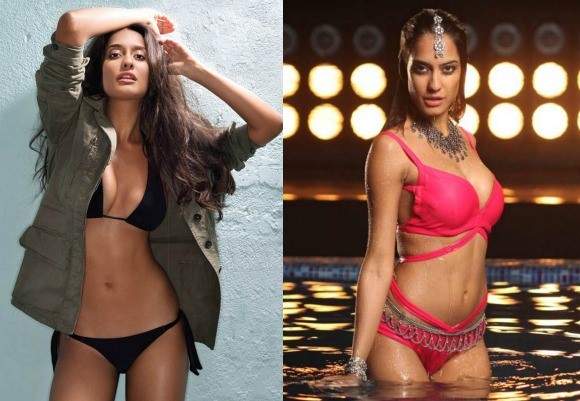 This new girl in Bollywood, stole the hearts of many with her dusky beauty and enviable figure!

Mesmerising in the song ‘Manali Trance’, Lisa wowed the audience with her killer body!

Also starring alongside Kangana Ranaut in the critically acclaimed film Queen (2014) she proved that along with a great body, she can act with ease! 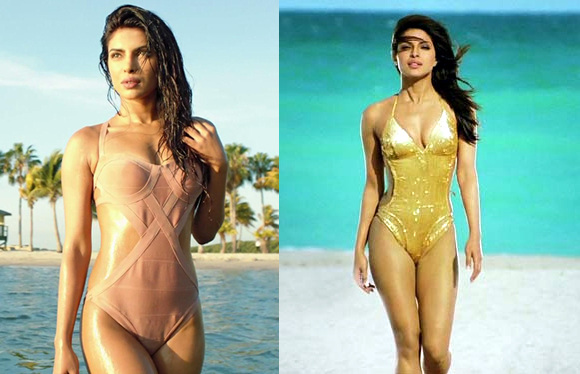 This Desi girl may have gone to America, but she continues to wow Indian audiences with her sexy figure. Priyanka first showed off a bikini in Aitraaz (2004), opposite Akshay Kumar, and later a gold bikini in Dostana (2008).

Since then, the actress and singer also rocked a sexy nude coloured bikini for her music video, ‘Exotic’.

With voluptuous curves and lips, Piggy Chops has a smoking hot body that we cannot take our eyes off. 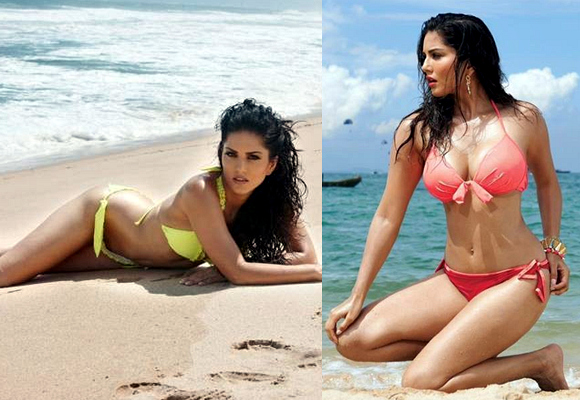 Our ‘Best Bikini Body’ list would be incomplete without Sunny Leone. It might just be her former adult-star career, but everything about Sunny just oozes sultry sex appeal. 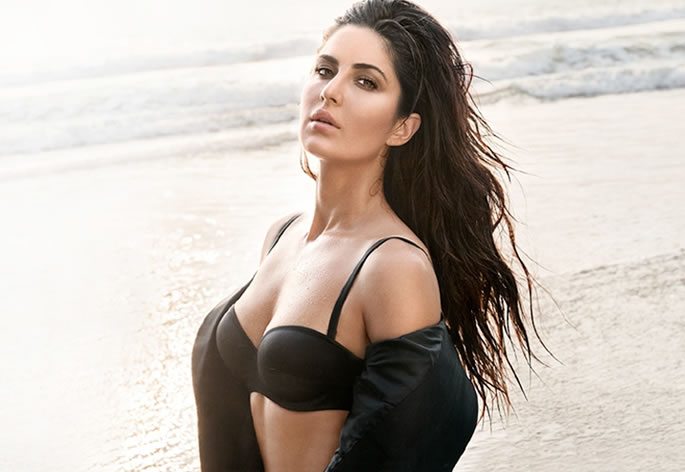 In Bang Bang (2014) opposite Hrithik Roshan, Katrina perfected the wet-hair beach look with a pink and yellow bikini.

The actress also enjoys a bikini off-screen too, and has been regularly snapped holidaying with her beau, Ranbir Kapoor on the beach. 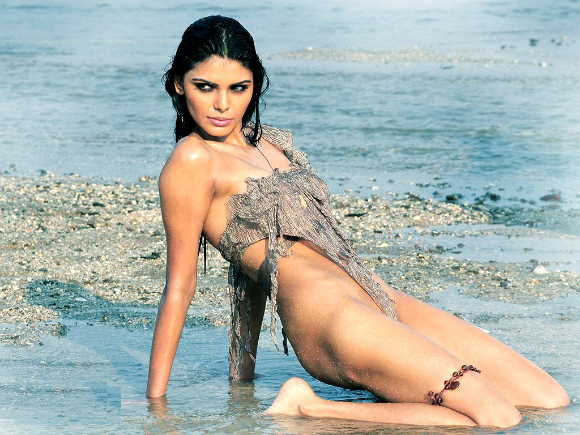 Known for her bold roles in films like Kamasutra 3D, Sherlyn is used to baring all for the camera.

The sultry actress continues to turn heads with some stunning bikini shoots that show off her incredibly toned body. 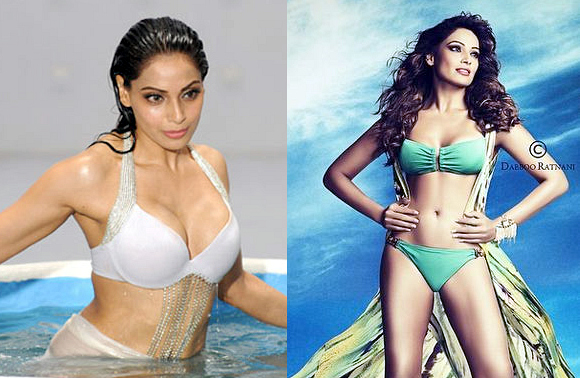 Bips is well known for her strict fitness regime, which means that she is always bikini-body ready. 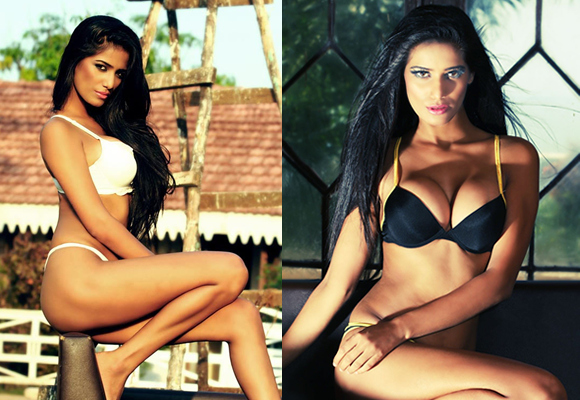 Model and actress Poonam Pandey is popular for her bikini clad looks both on and off screen.

Her film, Nasha (2013), saw her play a seductive teacher who has a sexual relationship with one of her students.

She notably caused outcry when the film poster showed her apparently nude behind two placards. One of the most sultry bikini babes we know! 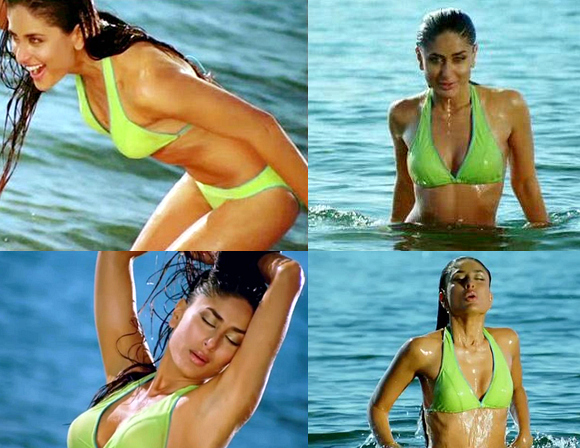 The stunning Bebo shed all the pounds for Tashan (2008), and became a size zero. She looked gorgeous in her many bikini looks for the film.

Kareena sizzled in a green bikini that showed off her newly-toned body.

With some of the most beautiful figures in the country, these women embody the true essence of a contemporary Bollywood actress.

Though they look like a million dollars in Desi attire, these girls have the edge, because they look just as good in a bikini!

Looking sensational on screen in swimsuits, these women have gained the status as some of the sexiest women in the world!

Just as good as international actresses and models, these Bollywood Bikini Babes show that they look flawless in swimsuits!

Momena is a Politics and International Relations student who loves music, reading and art. She enjoys travelling, spending time with her family and all things Bollywood! Her motto is: “Life is better when you're laughing.”
Who won at the Marathi Filmfare Awards
Deepika and Ranveer stun in Bajirao Mastani trailer