In the third episode of experimental drama PREMature, things take a violent turn for Prem and Will. But the new best friends refuse to succumb to life.

Better progress is found in Will’s family, following an honest conversation between the troubled mother and son.

The third episode of PREMature unveils the highly anticipated breakout of lead character Prem, who stands up against the violent bullies at school and his coward father.

Though Prem has told Will before that Sunny and his gang usually launch verbal attacks on their targets, this does not seem to be the case anymore.

Will confronts the bullies to defend his ill mother, but gets bashed up instead. When Prem finds out Will has been taken to hospital, a vengeful feeling starts to boil up inside him.

Prem is further provoked when a girl and boy have been expelled for engaging in sexual behaviour on school premises. Their indecent act has been caught on camera and uploaded online.

Prem questions why Sunny, who inflicts physical harm on Will, is allowed to get away with his various misdemeanours. Yet, like many things in life, sometimes there just isn’t a simple answer.

Agitated and frustrated, Will prompts Prem to face their bullies together. Just as Prem hesitates, he sees his father standing amongst the bullies in the library and prompts them to intimidate Prem and Will. 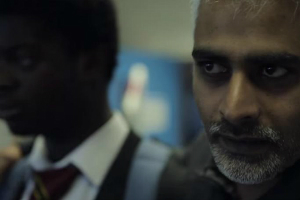 As an unexpected force overtakes him, Prem calls his bullies ‘f**king faggot’ and asks out his long-time crush, Suhina (played by Simi Dhillon).

Surprised by Prem’s outburst, the bullies decide to teach them a lesson after school. But they are caught by their teachers and Prem’s father, Parthav.

Parthav helps break up the boys and drives Will and Prem home. He tries to find out why they are involved in a fight, but neither of them wants to tell.

After Will gets dropped off, Prem walks out of the car and rejects Parthav’s offer to take him home. He cannot hide his bottled feelings anymore and lashes out at Parthav, saying: “Stop f**king with my head!”

As Prem breaks down in angry tears, his devastated father gently comforts him: “Let me take you home. That’s all. Just get in the car. There’s no need to talk.”

Prem calms down and follows Parthav back to his car, marking the beginning of a long road of reconciliation in the Mehta family. 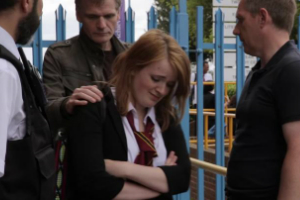 Better progress is found in Will’s family, following a painfully honest conversation between the troubled mother (played by Sam Bonner) and son.

As she moans about his miserable outlook and negativity, Will makes a few valid points himself.

He says: “It’s the truth alright. Look what you got beside your chair there [points to a bottle of alcohol]. [You are] always making me lie to the chemist about you losing your med.

“You know what, you’re right. It is a circle. I get beat up. I get spat at. I get caught up at the most f****d up things. Do you know why? Because you love that stuff [alcohol] more than you love me.”

But Will cannot walk away from her. They share an emotional hug that is desperately needed, in order to repair their dysfunctional relationship.

Meanwhile, a promiscuous curiosity is brewing for Prem’s mother Neelam. Her seemingly casual chats with her colleagues suggest she is looking for ‘relationship without all the b******t’.