A Spiral of Trouble in PREMature

In the fifth episode of PREMature, Prem’s parents still show no sign of reunion. Prem sets his family troubles aside and enjoys his first date with Sahina.

Prem wants to make sense of all the bad things and wants to believe there is a reason for everything.

Picking up from Prem and Will’s previous encounter with magic mushrooms, the fifth episode of PREMature opens with an intense conversation between Prem and his teacher.

Jacob (played by Tom Carter) expresses genuine concerns about Prem’s wellbeing. He believes Prem can do better in life than just ‘flushing it all down the toilet’.

Moved by his teacher’s caring speech, Prem opens up about what is on his mind and how he truly feels about his parents.

As much as he blames his father for tearing up the family and his mother for failing to stand up for herself, Prem is confused by the misfortunes of his family.

He wants to make sense of all the bad things that has happened and wants to believe there is a reason for everything. But for now, it’s all too much to take. 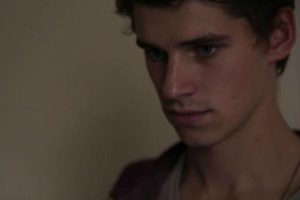 The troubled teenager says: “There’s so much stuff going on in your head. You wish you could drill a hole and let it all out.”

Jacob gives his heartfelt advice: “There’s no step by step guide to this thing. You have to do what’s right for you.”

He even shares his personal phone number with Prem and offers to be an extra source of support through this difficult time with his family situation.

The rest of the episode invites the audience on Prem and Sahina’s sweet and endearing first date, while Prem’s parents embark on their journeys of self-discovery.

Anxiety grows within Parthav, Prem’s father, over his medical condition. After paying a visit to the doctor, he discovers he may have contracted testicular cancer.

The fact that his doctor is unable to confirm the diagnosis without running further tests knocks him over the edge.

Parthav lashes out: “Why the bloody hell can you not tell me?” 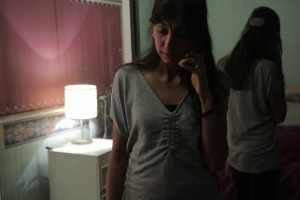 As his doctor patiently explains the process to him, Parthav only becomes more frustrated and exclaims: “It’s f*****g fantastic.”

Neelam, Prem’s mother, has shown an intriguing curiosity with phone sex in previous episodes. Her true intentions are finally revealed – she wants to become a phone sex operator.

Separating from Parthav has prompted her to explore new grounds. She says she is looking for something that will open up her mind and push her back to normal life.

While her choice of ‘something on the side’ may surprise some, it can be interpreted as Neelam’s way of liberating herself from living a life of constraints. The most obvious example is her effort to sustain an unhappy marriage for the sake of her children. 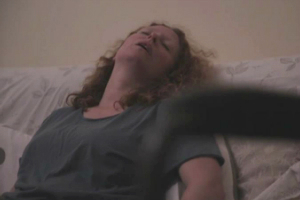 Sex, a taboo in the Asian community, is hardly perceived as form of self expression.

But for Neelam, phone sex provides the avenue to explore her inner self without physical intimacy – no strings attached.

Meanwhile at Will’s home, just when he thinks a healthy balance has been restored for him and his mother, she tumbles down the spiral of alcoholism again and reduces Will to tears.

The fifth episode closes with a casual chat between Prem and his uncle, during which Prem hints at his plans to move in with his uncle.