Asian gang members Shane Mohammed Sheikh and Naveed Anwar, and their relatives, were prosecuted after trying to collapse a trial by intimidating a witness of a shooting in Hyde, Greater Manchester.

"The victim remained brave in the face of such intimidation."

An Asian gang based in Hyde, Greater Manchester, who had threatened a witness after a shooting in a restaurant, were prosecuted and sentenced at Minshull Street Crown Court on Thursday 19th February 2015.

Shane Mohammed Sheikh, Naveed Anwar, and some of their family members, tried to intimidate a key witness to cause a criminal trial to collapse, in order to avoid prosecution.

The pair were arrested after they were alleged to have been involved in a shooting in the back yard of Sheikh’s Bar and Grill on Market Street in Hyde, in August 2013.

Upon their arrival, they were confronted by Naveed Anwar, a close of Mr Sheikh, who was a resident of the gym above the restaurant.

With a gun in his hand, Mr Anwar charged at the couple, which led to a scuffle between him and the victim. During this tussle, a gunshot was fired, but fortunately nobody was hurt. 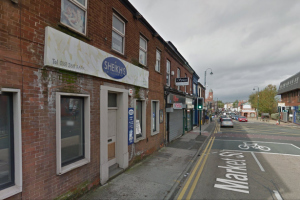 The victim was able to escape through the restaurant and out through the main entrance. Even though Mr Anwar was in pursuit, he was able to find a safe haven at the home of relatives, from where he called the police.

Hyde Police launched Operation Ordaz in August 2013. In September 2013, officers swooped in on several addresses in Hyde, where they found a cocaine, heroin, and a brass cartridge.

A trial had been set-up for March 2014. However, officers became aware that during the run-up to the court-case, Mr Anwar and Mr Sheikh, along with family and friends, including Mr Sheikh’s brother and wife, had been contacting the main victim. They were attempting to intimidate him into withdrawing his statement.

This resulted in a second trial at Minshull Street Crown Court, which concluded on Thursday 19th February 2015. Three of the group were found guilty and sentenced for a total of 15 years, for their parts in the plot.

Three others, who are relatives and friends, and who admitted their involvement in the plot at an earlier hearing, will be sentenced in May.

Shane Mohammed Sheikh, 34, of Shepley Street, Hyde, was sentenced to 10 years in jail. He was found guilty of conspiracy to pervert the course of justice. He also pleaded guilty to blackmail, possession of Class A drugs with intent to supply, and possession of ammunition without a certificate.

Naveed Anwar, 30, formerly of Market Street, Hyde, was sentenced to five years. He was found guilty of blackmail, possession of an imitation firearm with intent to cause fear or violence, conspiracy to pervert the course of justice and also perverting the course of justice. 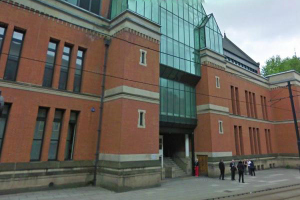 Nazia Anwar, 34, of Farninghan Road, Caterhan, Surrey, was sentenced to 12 months imprisonment, suspended for two years. She was found guilty of perverting the course of justice.

Amina Begum, 28, of Great Norbury Street, Hyde and Mohammed Abudar Islam, 27, of Greenfield Street, Hyde, will be sentenced in May. They both pleaded guilty to conspiracy to pervert the course of justice.

Julfiker Ali, 40, of Peel Street, Hyde, will also be sentenced in May. He pleaded guilty to perverting the course of justice.

“These trials have had a huge impact on the community of Hyde, and in particular the main witness who has had to endure more than 18 months of stress, threats and intimidation.”

She added: “Thankfully, the victim remained brave in the face of such intimidation and all those involved in this criminal conspiracy have now been convicted and are either starting lengthy jail sentences or awaiting their fate.

“I hope these verdicts go some way to reassuring the people of Hyde that we will not allow criminals to bully, cause fear, carry guns or peddle drugs in our community and we will hunt down and convict anyone who is a member of these criminal gangs.”

Shane Mohammed Sheikh has been sentenced to 10 years, Naveed Anwar to 5 years, and Nazia Anwar to a 12-month suspended sentence. Amina Begum, Mohammed Abudar Islam, Julfiker Ali all await sentencing in May, 2015.