Two Asian fraudsters, Abdul Mohib and Mominur Rahman, who duped members of the public out of more than a quarter of million pounds, have pleaded guilty to conspiracy to commit fraud.

"I hope that this result will increase public awareness of this type of crime."

Two Asian fraudsters who conned members of the public out of more than a quarter of million pounds, pleaded guilty to conspiracy to commit fraud, at Southwark Crown Court, on Friday 20th February 2015.

Londoners Abdul Mohib, 23, and Mominur Rahman, 19, both pleaded guilty to 27 ‘courier fraud’ scam offences. These had resulted in a total loss of over £265,000 to victims.

The pair contacted elderly or vulnerable victims on their landline telephones, under the pretense of being a police officer called ‘Robert Bain’.

Their plan was to convince victims that fraudulent activity had taken place on their bank accounts. Victims were asked to assist with their bogus police investigation.

To make their scheme look legitimate, the bogus policemen would suggest to victims that they hang up their phone, and to ring the bank or the police immediately.

The fraudster calling however, would not disconnect the call at their end, thereby keeping the line open. So when the victims of this scam dialled 999 or 101, they remained on the line to the conman.

In further attempts to legitimise this elaborate scam, other suspects posed as bank officials and police operators, and answered calls to corroborate the bogus cop’s story.

Victims were convinced by the suspects that the supposed fraudulent activity was being carried out by corrupt employees at banks, currency exchange shops, and high-end jewellers. 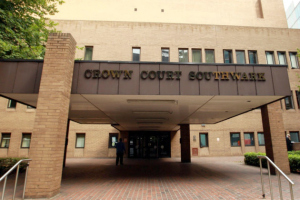 The bogus cops pressured the victims into assisting their hoax police investigations. Victims were told to go to the aforementioned venues where the supposed fraud was taking place.

The conmen had obtained the banking details belonging to the victims. They used this information to move money between the savings accounts and the current accounts of the victims.

Victims were duped into believing that this money had been provided by the police, so that funds would be available to withdraw or spend in the way that the phony officers instructed. Victims were kept on the phone for hours at a time, to prevent them from discussing what they were doing with family and friends.

The phony officers gave specific instructions to the victims that they should keep the whole story secret from the staff members at the venues that they were instructed to go to.

The victims were trained by the bogus policemen to use a cover story if they were asked about their withdrawals or purchases.

Once victims had carried out their tasks as instructed, suspects visited the victims to collect the money or watches from them.

In one incident, a 68-year-old victim handed over £8,500 to a male suspect whilst attending a friend’s funeral. Suspects targeted other victims repeatedly over a number of days. One 85-year-old handed over £28,250 to suspects over three days.

The court heard that, in July 2014, police officers from the Westminster Serious Acquisitive Crime Pro-Active Unit launched Operation Juventus. The purpose was to proactively investigate a series of linked ‘courier fraud’ offences that had been committed across London.

Four males were arrested, on October 22, 2014, by officers from the Westminster Serious Acquisitive Crime Pro-Active Unit. 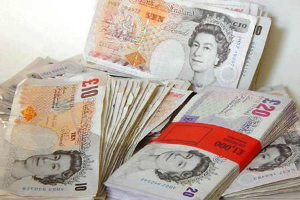 Mominur Rahman was arrested as he visited a victim’s address to collect £3,000. The arrests of Abdul Mohib and two other males followed soon after, at an address in Holborn, London.

Police officers discovered mobile phones which had been used to contact victims, in the bedroom of Adbul Mohib. A phone and a tablet were found to contain images which included personal details and bank account information of the victims.

Police also recovered a gold rolex watch worth £20,850, which had been taken from an 80-year-old victim in September 2014.

Mominur Rahman and Abdul Mohib were charged on October 23, 2014, with conspiracy to commit fraud. There are two other suspects who currently on police bail.

Police have linked Abdul Mohib to 27 offences which were committed in the ten weeks between 13th August 2014 and 22nd October 2014, which totalled a loss of over £265,000 to their victims.

Mominur Rahman visited victims to collect money on at least three of these occasions.

“This is a particularly unpleasant version of the courier fraud scam that exploits its victims’ sense of public duty and preparedness to go to extraordinary lengths in the belief that they are helping the police.”

He added: “Beyond their significant financial losses, these offences undermine victims’ self-confidence and trust in others.

“Whilst a number of victims in this case were vulnerable in terms of their age and well-being, these offences were well organised to ensure they would be convincing.

He continued: “Victims ranged in age between 41 and 89 years old and included a number of working professionals and managers. I hope that this result will increase public awareness of this type of crime.”

Abdul Mohib and Mominur Rahman will be sentenced on July 13, 2015.

Images courtesy of the Metropolitan Police and PA