A banker passed customer account details to his accomplices who subsequently conned businesses out of £90,000.

Three men, including a banker, have been jailed for fleecing businesses out of £90,000.

Bilal Abbas, aged 30, of Keighley, West Yorkshire, betrayed his position of trust at Santander by passing on customer account details to Umair Memon for him and Jordan Hamilton-Thomas to use as part of the scam.

Companies in Newcastle, Gateshead and around the UK were targeted by the conmen, who bought items using the card details of unsuspecting bank customers.

Newcastle Crown Court heard that the fraud had left businesses out of pocket and those who had their details stolen were left feeling stressed and inconvenienced.

The fraudsters showed off expensive jewellery and extravagant holidays which were funded by the scam.

Nick Lane, prosecuting, said: “The conspiracy functioned through Abbas using his position at Santander bank to obtain details of account holders and their card numbers, which he then provided to Memon.

“Memon then used those details to purchase goods including luxury watches and a jet ski.

They targeted several jewellers to acquire items such as Rolex watches and diamond and gold jewellery.

However, the fraud was rumbled at David Summerfield jewellery shop, in the Metrocentre, where suspicions were raised after three visits by Hamilton-Thomas and the police were called.

When Hamilton-Thomas turned up to collect items, a police officer was waiting. He pushed the officer over and fled.

CCTV showed he had arrived with Memon in a black VW Golf and Memon was found to still be in the shopping centre. He was arrested.

Mr Lane explained that cardholders whose details were stolen were reimbursed but were left feeling distressed and anxious.

Businesses also suffered, with one Newcastle-based artificial grass firm having to rely on loans from friends and family.

The three men, who may have been working with others, all admitted conspiracy to defraud between 2017 and 2019.

Abbas and Memon pleaded guilty on the basis the loss was £90,160 while Hamilton-Thomas admitted a loss of £83,481.

Ian Hudson said Abbas was of previous good character and had an unblemished 10-year career at Santander before this.

He added: “He expresses remorse and references emphasise this is an offence out of character.”

Jessica Heggie, for Memon, said he was in a lot of debt at the time and added that his family are ashamed.

Safter Salam, for Hamilton-Thomas, said he had financial difficulties and had got a new job. 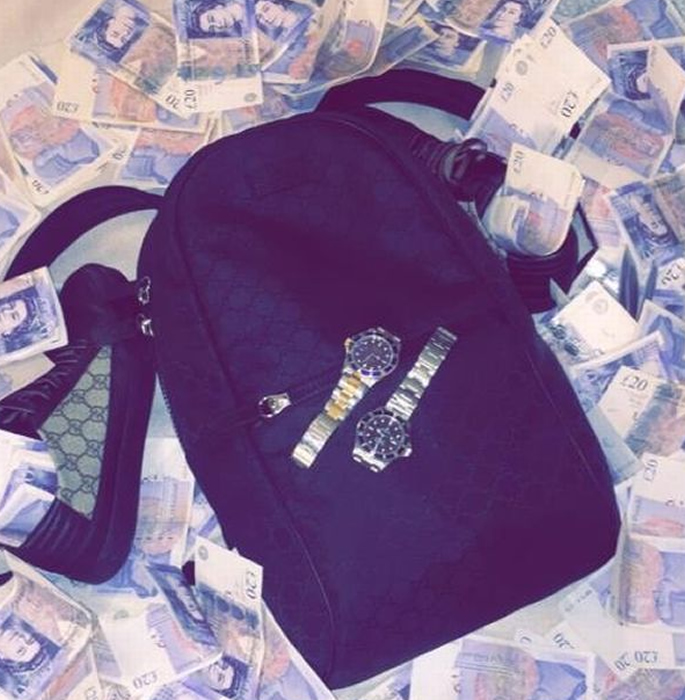 He told the banker: “You, Bilal Abbas, worked for the Santander bank, you had worked for them for around 10 years and as such, you were in a position of considerable trust.

“You were able to access the private financial details of the clients of that bank.

“What you did was indeed to do exactly that, to deliberately obtain the credit card and debit card details of customers of Santander bank.

“This was a high-value enterprise, carried out methodically. You targeted high-value goods.”

Abbas was jailed for two years.

The Chronicle reported that Hamilton-Thomas, aged 32, of Leeds, was jailed for 26 months.

“This was a large-scale scam that has left businesses in our region, and across the country, thousands of pounds out of pocket.”

“Bilal Abbas, in particular, has been in a position of trust and he has abused that position to target those customers whose details he was employed to protect.

“There is a degree of sophistication to the scam but once we began to uncover the frauds it was clear that Abbas was leaking confidential information.

“From there we followed the trail of breadcrumbs and found a haul of incriminating evidence in the homes of the offenders.

“It became clear they had been living the high life at the expense of their victims and showed no remorse for those businesses they had left out of pocket.

“I am delighted that they are now behind bars and will face the consequences of their actions.”

A Santander spokesperson said: “Santander actively assisted the police with their investigation and we are pleased to see the perpetrators brought to justice.”

Dhiren is a journalism graduate with a passion for gaming, watching films and sports. He also enjoys cooking from time to time. His motto is to “Live life one day at a time.”
Fugitive suing Police for crushing £200k Ferrari
Faryal Makhdoom criticised for ‘Lesbian’ comment to Fan