Bollywood singer Mika Singh has been arrested in UAE after being accused of sending inappropriate photos of himself to a 17-years-old Brazilian model.

The model lodged a complaint with the Dubai authorities

Bollywood singer, Mika Singh, has been arrested in UAE after he allegedly sent inappropriate photos of himself to a 17-year-old Brazilian model.

He was taken into police custody for harassment of the young model on Thursday, December 6, 2018, according to sources informing Gulf News.

The model lodged a complaint with the Dubai authorities that the Indian singer had sent her inappropriate pictures.

The Indian Ambassador to the UAE, Navdeep Singh Suri, revealed to Gulf News that the Mauja Hi Mauja singer requested consular access for legal support with his case and that the embassy staff are assisting with his case and working on it.

He was seen on stage with Akon who also performed at the event. 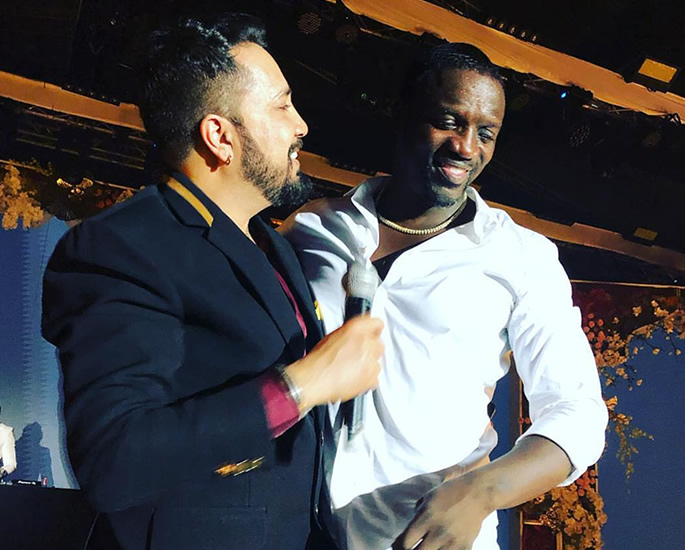 Singh was then to attend and perform a private party at a hotel in Dubai on the same evening and then subsequently, return to India.

However, the Brazilian model, who is said to be a member of his entourage on stage, accused Mika of sending her the indecent photos and that he had promised her a job in Bollywood to appear in a film.

After which, the Mika Singh was arrested by police and detained for questioning.

Earlier on Tuesday, December 5, 2018, he had posted a video on Instagram a video of him in Dubai for the Masala awards, saying in the caption:  “Hey Dubai.. I’m in your city and it’s the 1st time I’m here to attend the most popular awards the Masala Awards. See you tonight!”

This is not the first time the singer has got in trouble for such antics and inappropriate behaviour.

He had kissed Rakhi Sawant forcibly in public and was also embroiled another molestation case of a model in July 2016.

Police at Versova police station, Mumbai, had reported that a woman named Priyanka Kumar filed an FIR against Mika Singh and that it was a case of molestation against the singer.

However, Mika responded to the claim as being an attempt to blackmail him, saying that the woman wanted money from him with proof. He said at the time:

“Today [05/07/16] morning at around 5am, one girl barged into my premises by entering through window and started abusing me and assaulting me and my staff and started threatening if I don’t pay her Rs50 million [Dh2.72 million], she will ruin my career and register a false case against me. I have already informed Versova police in writing regarding the threats and extortion.”

“I don’t know who this girl is. I have all the evidence against this girl of she demanding money from me and I have informed the police about this incident. Police is investigating the matter and truth will be out soon.”

In May 2016, Mika Singh was granted bail in a New Delhi court after he was accused of slapping a doctor during a live music concert in the Inderpuri area, in New Delhi, in April 2015.

Mika paid a  personal bond of Rs20,000 and a surety of a similar amount, in order to be released. He responded saying on Twitter:

“I am grateful to the Honbl’e court for granting me bail today. I am a law abiding citizen and always be one.”

As for the case of the Brazilian model’s accusations of harassment, this remains in the hands of the investigation in Dubai, following his arrest.

Jas likes to keep in touch with the world of music and entertainment by writing about it. He does like hitting the gym too. His motto is 'The difference between the impossible and the possible lies in a person's determination.'
Guru Randhawa releases New Year Anthem with ‘Tere Te’
Katrina Kaif sizzles with Dance Song ‘Husn Parcham’ from Zero