Police have filed a case against Mika Singh for slapping a doctor in the face at an event in New Delhi. The Punjabi singer has released a statement to tell his side of the story.

"I lost my cool which I probably shouldn't have and slapped him."

With the Mika Singh slapgate incident on every gossip auntie’s lips and every keyboard warrior’s fingertips, the singing sensation has come out and made a statement in his own defence.

Mika Singh slapped a doctor in the face at an event held in New Delhi on Saturday 11th April 2015. Police have since registered an FIR case against him.

Those of you who can recall the Rakhi Sawant kissgate incident will know that Mika Singh is not one to shy away from controversy.

The slapgate incident took place at The Mika Singh Live-in-concert event at the Delhi Pusa Institue Mela Ground. The event was organised by the Delhi Opthalmological Society as part of a three day conference.

Watch the video of Mika Singh slapping the doctor here:

The audience had been treated to classics such as ‘Tu Mera Hero’, ‘Saawan Mein Lag Gayi Aag’, and ‘Jumme Ki Raat’. During the event Mika Singh had been high in his praise for the educated (‘padhey likhey’) audience of doctors.

Towards the end of the show, Mika Singh had requested that males gather at the sides so that the women in attendance could enjoy the show in the central dancing area without any interference.

In his statement, the Punjabi singer said: “I had made a humble request whilst being on stage, as I always do that the ladies and children should be given space to dance and enjoy the show.

“I asked the Gentleman in the audience several times politely to move over to the side slightly and most complied straight away.” 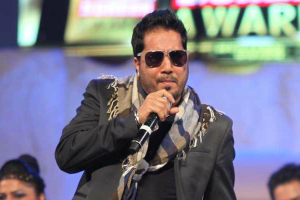 However, there was one member of the audience, later identified as Shrikant, an opthamalmologist at Ambedkar Hospital, who refused to do so.

Singh said: “The ladies meanwhile were consistently asking me to ask them to move slightly.

“Again, I kept very calm and upon the ladies persistence I again requested the gentleman to give them some space.

“It was then that the particular doctor in mention starting swearing at me from the audience and showing his middle finger in front of all the doctors present. I realised at this point he was drunk which all the doctors also witnessed.”

Some video footage of the event shows Singh calling Shrikant on stage to ask him to apologise. When he refused to do so, Singh slapped him. Singh then told his bodyguards to take the man off the stage.

Mika Singh said: “I called him up on stage, and asked him whether he would feel just as comfortable doing the same actions on stage or in front of his family. He continued his tirade of swearing after which I lost my cool which I probably shouldn’t have and slapped him.

Giving his own account of the incident, Shrikant said:

“Mika was asking me to move to the other side in a very insulting way. He ordered his bouncers to get me on the stage and there he said, ‘Why didn’t you listen to me?’ And Mika slapped me on the stage.”

Shrikant’s doctor friends were enraged. Along with organisers, they went to Inderpuri police station on Sunday 12th April 2015 to report the singer. Police registered a case against the singer for causing hurt and wrongful restraint.

The doctor claimed that he had suffered injuries to his ear. Police however say that they have not yet received a medical report confirming this. A police officer said that once the nature of the injuries was established, action would be taken.

Different versions of the video, which appear to have been shot by mobile phone, have been uploaded onto YouTube and Vine, and have been spreading like wildfire on the internet.

Opinion on social media was split regarding the incident. On the one hand, there were those who believed that the doctor got what was coming to him. 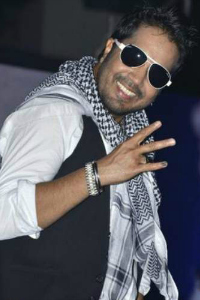 Riya Kukreja tweeted: “@MikaSingh slapped the guy because he was misbehaving with girls!! He deserved the slap!!”

On the other hand, there were others who thought Singh’s behaviour was unacceptable. Arvin Chauhan said: “Astonished with @MikaSingh’s behaviour…. even if that Dr. misbehaved with him, he has no right to slap him.”

While many called him a ‘third-rate singer’, some tweeters dug up old graves by bringing up the Rakhi Sawant kissgate incident.

Monika Rawal said: “From the forced public KISS to #RakhiSawant & now a tight SLAP to the poor doctor – Mika why can’t you just control your actions? #MikaSingh”

Mika Singh is adamant however that he only did what he did as ‘a step to help others’: “Now what I want to ask is why is it that I am always perceived in a negative way even when I am doing things for the protection of our own Women?

“Would people have rather preferred if I hadn’t taken a step to help others? Either I should ignore people like this and let these type of things carry on in our country or forget who I am and stand up for the vulnerable.

“I have been like this for the last 18 years and I will never change myself.”

As we await to see the course of action that the police choose to take, this incident will surely be spoken about among South Asian households, parties, workplaces, community centres, places of worship, and anywhere else that we like to have a good gossip.

Harvey is a Rock ‘N’ Roll Singh and sports geek who enjoys cooking and travelling. This crazy guy loves to do impressions of different accents. His motto is: “Life is precious, so embrace every moment!”
Sunny Leone seduces in ‘Paani Wala Dance’
Nesdi Jones signs record deal with VIP Records