After working with Yo Yo Honey Singh on the chart-topping hit ‘London’, Welsh singer Nesdi Jones has signed with top British Asian music label, VIP Records.

“Huge thanks for the support and I’m really looking forward to seeing my work develop even further.”

Known to fans as the ‘Desi Gori’, Nesdi has sealed a record deal with VIP Records, who have been promoting quality Asian music in the UK since 2005.

This is a promising step forward for Nesdi, whose debut ‘London’ shot to number one on the BBC Asian Network charts in 2014.

The Welsh singer, rapper and songwriter is thrilled to be signed to a major British Asian record label.

Nesdi tells DESIblitz: “Being signed is a dream come true and I’m extremely lucky that VIP [Records] has given me a chance.”

She has enjoyed collaborative success with Yo Yo Honey Singh on ‘London’, but it hasn’t been easy keeping up the momentum as an independent artist.

She explains: “It’s been a struggle in the past year musically. I have to thank Manpree [her manager’s daughter] for being there for me and got me where I am.” 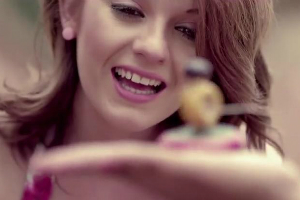 She added: “Huge thanks for the support and I’m really looking forward to seeing my work develop even further.

“There’s lots of exciting music coming and I can’t wait to show everyone what I have planned with VIP Records.”

Nesdi has made waves in the world of South Asian music with her interesting profile. She will also make history as the first non-Asian artist to sign with VIP Records.

She responds: “I never thought of it that way! So I’m actually quite shocked but extremely honoured.

“Never thought I’d be lucky enough, to be honest. It’s made me very emotional, I’ve cried with happiness! [I’m] extremely happy that VIP has faith in me and my music.”

He tells DESIblitz Nesdi already has a few things in the pipeline: “[We have] started working on her solo stuff and some collaborations.

“I think her market will be India and Pakistan, so the production will be aimed at those markets.”

Nesdi has been drawn to performing arts, particularly music, from a young age. Trained as a classical soprano, she competed as a solo singer and with the choir in her local area.

The singer from Criccieth went on to form a Welsh acoustic folk/pop band, called Addurn ar y mantel, to showcase her song-writing abilities.

A visit to India when she was 17 opened her eyes to a colourful culture.

She recalls in an interview with DESIblitz: “I was teaching in a school for an NGO called Samarpan. I lived with a few Rajput people and they always played Bollywood songs, Desi music and I found it so catchy.” 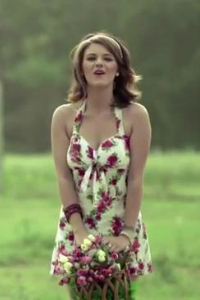 Nesdi loved it so much that she moved out to New Delhi and joined a Goan band there to expand her experiences in performing music for an audience.

She drew inspiration from a number of South Asian artists, including Atif Aslam, A R Rahman, Vishal-Shehkar and Shreya Ghoshal.

She has covered many Bollywood songs on her YouTube channel and received praise from Jaz Dhami for her singing in Punjabi.

One of her covers, Honey Singh’s ‘Brown Rang’, caught the producer’s attention. He reached out to Nesdi for collaboration and the result was the chart-topping single, ‘London’.

Further recognition by the British Asian music scene came when Nesdi picked up Best Newcomer at the UK Bhangra Awards in 2014.

Now with the backing of a major music label, Nesdi will be a force to be reckoned with.

Her next track is planned for a summer release. We absolutely cannot wait to hear her beautiful vocals that bring together the best of East and West!