"Played Bollywood songs, Desi music and I found it so catchy.”

This was followed by another version of ‘Tere Naal’ where Nesdi partnered up with producer K Singh for an acoustic version of the track.

Previously, Nesdi recorded her debut single, ‘London’ in 2014, which was produced by Yo Yo Honey Singh.

‘London’ saw Nesdi topping the charts and winning the Best Newcomer at the UK Bhangra Awards (2014).

In fact, Nesdi began her singing journey at the young age of five at her local church as a soloist. This got her into Classical soprano.

She then went on to perform in musicals in school, was part of the Welsh band ‘Addurn ar y Mantell’ and open mic nights.

Nesdi’s experience with India began when she was 17 while working at a school and orphanage in the country.

Speaking exclusively to DESIblitz, Nesdi Jones spoke about her time in India. She revealed:

“I was teaching in a school, English, Maths and Sports for an NGO called Samarpan. I lived with a few Rajput people and they always played Bollywood songs, Desi music and I found it so catchy.”

Yet, it was when Nesdi began uploading Bollywood song covers on her YouTube channel which garnered attention.

It also appears that Diljit Dosanjh is not the only influential star in the Indian music industry who has praised Nesdi.

In fact, after reaching over one million views of YouTube, producer Mahesh Bhatt praised the ‘Desi Gori’ for her musical abilities.

Not only that. Renowned singer Jaz Dhami also admired her Punjabi singing voice.

Recently, Nesdi Jones shared a video of herself on Twitter singing the popular song, ‘Sip Sip’. She captioned it:

“Bore da I posted a video a few days ago on my channel here’s a peak!”

After having seen the video, Diljit Dosanjh took to Twitter compliment the singer. He wrote: 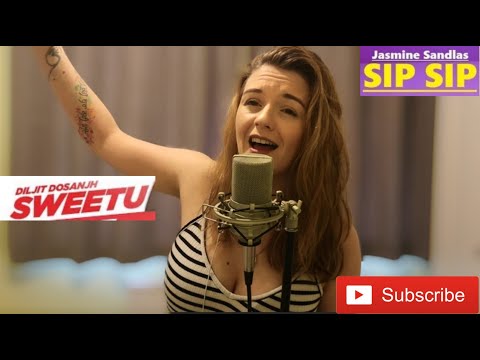 Ayesha is an English graduate with an aesthetic eye. Her fascination lies in sports, fashion and beauty. Also, she does not shy away from controversial subjects. Her motto is: “no two days are the same, that is what makes life worth living.”
Varun Dhawan turns Rapper with Important COVID-19 Message
5 Popular British Asian Dance Artists with Unique Styles