Pros and Cons of the Google Nexus Player

First launched in the US in November 2014, Google has finally brought its Nexus Player to the UK! DESIblitz takes a closer look at what makes it worth £79.

With the Nexus Player, you can link up all your Android devices to create the ultimate home entertainment.

With so many streaming websites and TV services out there at the moment, it is not easy to find the perfect one that fits all your needs.

The latest addition is Google’s Nexus Player – a set-top device that ranges content from different providers, such as Netflix, Google+, BBC iPlayer and YouTube.

Released in the UK on March 26, 2015, the Nexus Player is an advanced version of Google’s earlier release, Chromecast.

Where the Chromecast USB allows you to switch from a mobile device to a TV screen, the Nexus Player only requires a HDMI cable and you are all set.

Google’s latest offering aims nothing less than to dazzle its users. Besides its TV services and movie collection, you can also listen to the radio, music and even play games on the Nexus Player.

As with every new gadget, it needs a little scrutiny. DESIblitz finds out how it excels and disappoints! 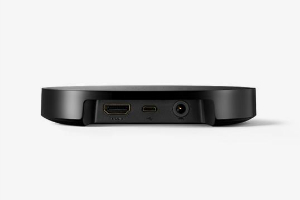 Boasting a quad-core 1.8GHz Intel Atom processor and 1GB RAM, the Nexus Player makes it a breeze to navigate around its Android TV interface.

The remote control has a ‘select’ button in the middle and a user friendly cursor pad. It also enables voice command which, some say, works faster than text input.

One of its functions allows you to ‘cast’ whatever you are watching on another device onto the Nexus Player.

For instance, you may be watching House of Cards on Netflix on your laptop, iPhone or Samsung Galaxy. Switch it to the Nexus Player and enjoy it on the big screen at an instant.

Though this is a no-brainer, it is an advantage worth highlighting since Android owns over 80 per cent of the smartphone market share. With the Nexus Player, you can link up all your Android devices to create the ultimate home entertainment system.

So, if you are watching Barfi! (2012) on the Player, simply switch it to your Android tablet and finish the movie in the comfort of your bed.

While fairly comfortable for a set-top, 8GB storage may leave you feeling a little boxed in (pun intended). Amazon users get unlimited cloud storage and its Fire TV runs on 2GB RAM.

Even though the Nexus Player offers four times of what Chromecast can take, it still seems rather insignificant compared with similar devices.

If you are a gaming enthusiast, the Nexus Player probably is not the right console for you. While Google’s Play Store features a long list of games, they are more catered for mobile gamers than the average Xbox and PlayStation users. 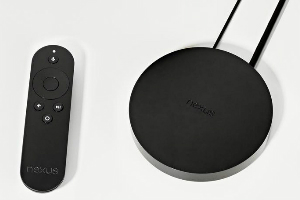 If you are a fan of DVDs, then this could be considered another nail in the coffin.

As these Android players become more and more common, it won’t be long before physical media gets kicked out of the game.

Google’s Nexus player is priced at £79 on Google Store. For what it says it does, this price is pretty reasonable and attractive.

Nevertheless, it is yet to convince consumers how it stands out from its direct competitors – Apple TV, Roku 3 or Amazon Fire TV. The Nexus Player must do better than just a uniquely circular design.