There are many questions about arranged marriage and if the tradition is still as important as it once was. We look at the pros and cons.

“They don’t even sleep in the same bedroom”

Arranged marriage is often a hot topic of conversation between both old and young South Asian generations.

A union between two is not only the beginning of a fruitful partnership – it brings two families together.

With celebrities and younger generations making dating and love marriage the norm – does the cultural tradition of an arranged marriage still have attractiveness for people?

DESIblitz explores six controversial pros and cons of arranged marriage to figure this out.

Arranged Marriage Has No Love – Con 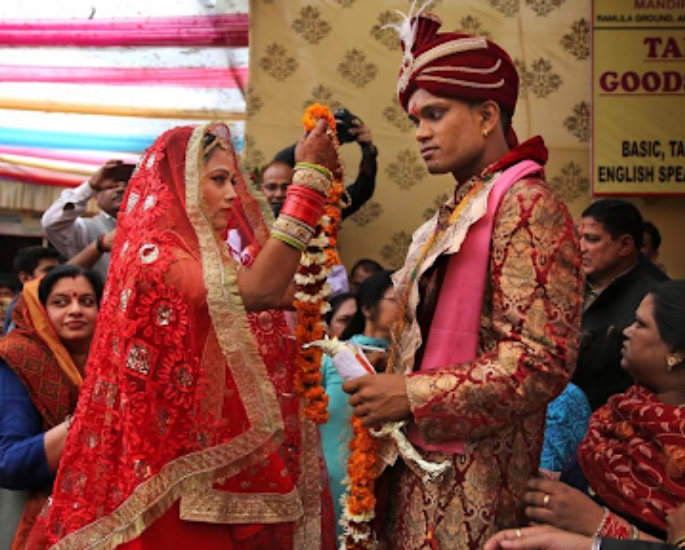 When people imagine being married, they typically think that this will be a loving, electric bond which is found coincidentally.

Therefore, an arranged marriage goes against the nature of what it means to “find true love”.

The string of events involved in the build-up to an arranged marriage may feel like a political decision, or even a business transaction.

Not only will this affect the dynamic between a couple, but it will also negatively impact how individuals interact with family members on both sides.

Talking to young people, they have identified markers of loveless marriages within the arranged marriage of their parents and older family members.

Speaking on his parents’ marriage, a Bengali man from Birmingham, aged 23 commented:

“They have never expressed any emotion towards each other openly.

“They don’t even sleep in the same bedroom.”

It seems this is a larger issue in specific societies where arranged marriages occur as a right to fulfil, for the sake of outside influence.

More than One Perception of Love – Pro 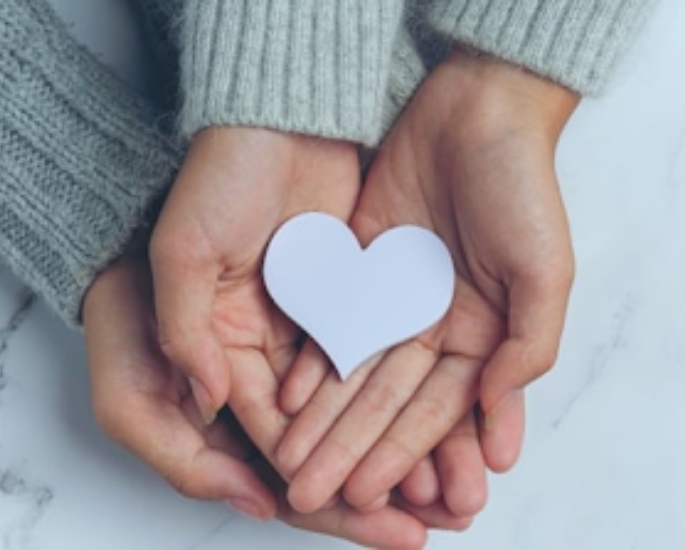 In fact, throughout history, highly important families in the world have utilised arranged marriage to build each generation.

Contrary to popular belief, according to statistics by CompareComp, only 6.3% of arranged marriages result in divorce.

This percentage is very low when compared to 42-45% of first marriages in the United States ending in divorce.

When analysing marriage, last-minute unions between celebrities are not questioned. But a significantly planned and well thought out process like arranged marriage is.

We have to question why this is the case.

Do the weddings of celebrities and high-profile individuals qualify as “genuine” marriages?

Additionally, millions of individuals get married for the wrong reasons, including lack of available suitors, financial stability, the desire for children, and pressure from family.

To suggest that we should only get married when two people are head over heels for each other is simply not realistic.

A Pakistani woman from Birmingham, aged 21 has commented on her parents’ relationship:

“Love has always existed between them, it’s just different from the movies.”

“He (her father) has been her (her mother) sole provider for over 20 years with no expectations in return.”

Despite this being an arranged marriage, she has noted the different yet positive image of love it has shown. 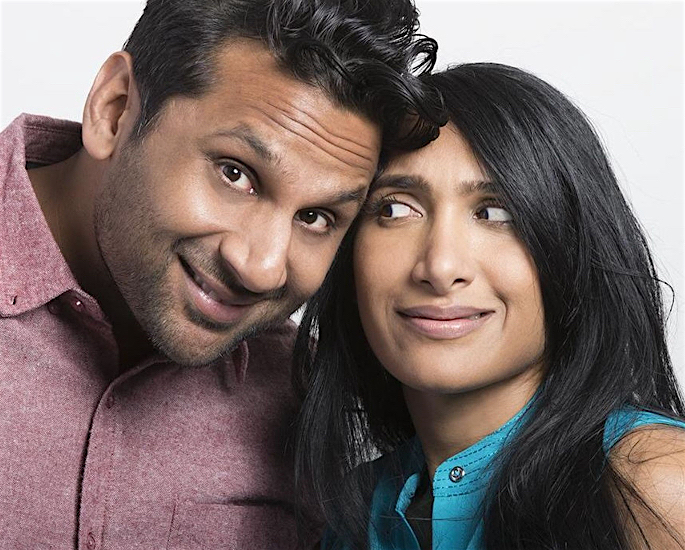 Allowing arranged weddings put too much pressure on both families involved.

Young people commonly depend on their parents who want them to participate in arranged marriages for a stable future.

Young South Asians in the modern world have different experiences from their families on the topic of marriage.

The question many seem to face after hitting a specific milestone is “when are you getting married?”.

An engineering graduate from the University of Birmingham, aged 21 stated:

“My mum has been on my case about giving her grandkids and I have only just graduated from university.”

Will the constant persistence of marrying young deter more people away from marriage as a whole? 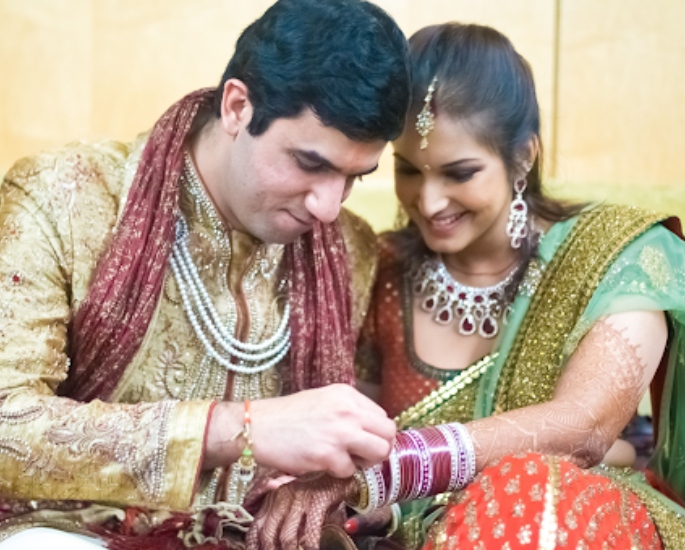 An arranged marriage is a choice.

The only difference between an arranged marriage vs a love marriage is that families participate in the joint decision-making for the best outcome.

This is especially important in South Asian culture which emphasises the importance of extended family – ensuring harmony among all.

This type of marriage guarantees that there will be a support network and shared expectations which contribute to the longevity of the marriage.

However, an arranged wedding is simply parents presenting their children to suitable possible partners.

Alternatively, parents negotiate the terms of the marriage after their children have already made their choice.

Lack of Autonomy for Women – Con 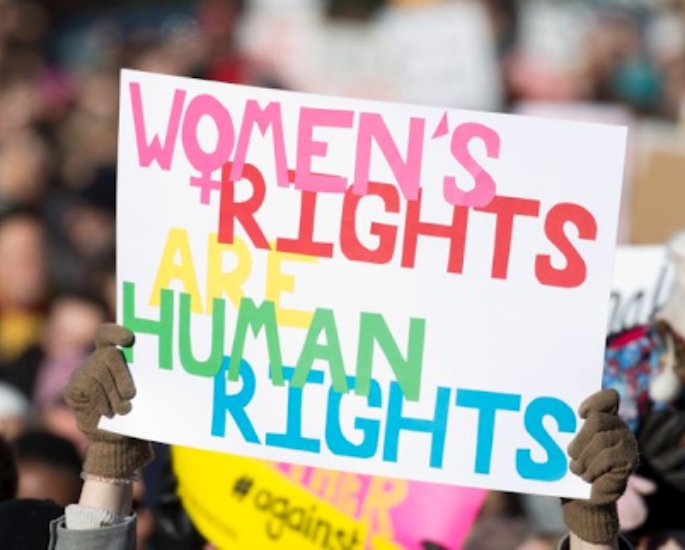 Out of both genders, women suffer more in arranged marriages. In one case, this is due to being extremely vulnerable.

According to statistics by CompareComp in South Asia, 48% of the girls who are involved in an arranged marriage are below 18 years of age.

Adding to this, when arranged marriages occur across borders, women frequently move countries and far from a home they have only ever known.

Furthermore, women will often not know the local dialect or language.

A third issue comes into play if the woman is mistreated or uncomfortable among her in-laws.

Women in these types of marriages are more prone to experience abuse because they lack a support system and do not know their rights.

Therefore, an arranged marriage can turn women into pawns who are traded between male heads of households – used as commodities in the home. 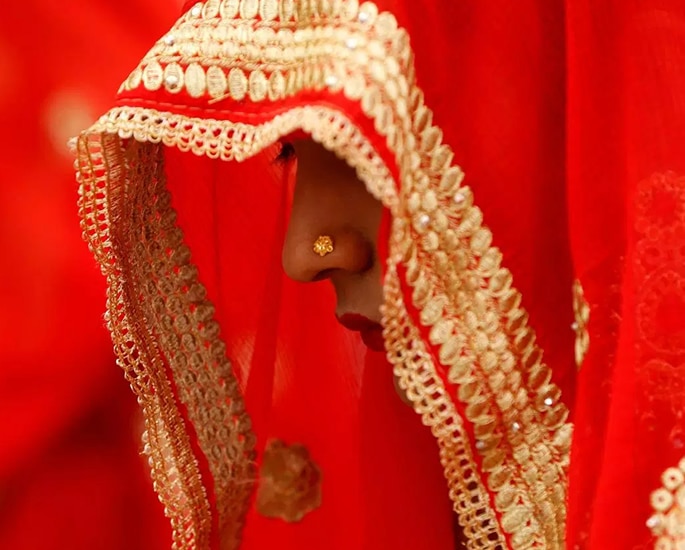 Abuse and marital violence are remarkably uncommon in arranged marriages in Europe and the United States.

Marriage in general is a difficult relationship to place laws against where cases of domestic violence are concerned.

Therefore, this is an argument against marriage itself, not against arranged marriages.

Women who suffer as a consequence of not knowing a specific language or not getting along with in-laws apply to all immigrants, not just arranged marriages.

In India’s “auntie” system, the majority of those who arrange marriages are women.

As seen in the popular Netflix reality series, Indian Matchmaking – Sima Timparia is highly sought after by her clientele for her matchmaking prowess.

Although, it is noteworthy to mention that arranged marriages are still popular in the modern world.

For example, research by CompareComp has identified that 86% of the Indian population in the United States are still marrying someone they’ve met in their cultural community.

If violence was a significant issue specific to arranged marriages, this would not be a trend. 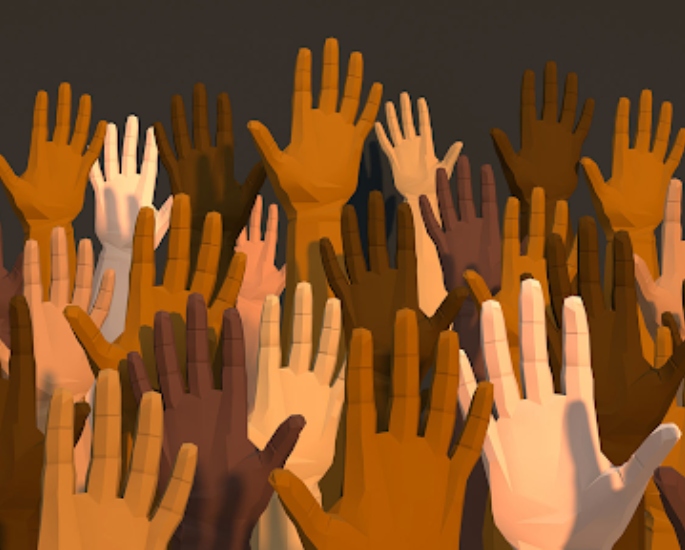 The tradition of arranged marriages divides communities and prevents integration – this creates a feeling of animosity between different cultures.

When parents and guardians arrange a marriage, this will typically involve remaining within the barriers of what the family is exposed to culturally.

For example, a family in India may prefer their son or daughter to marry within the same caste that the family has identified with for generations previous.

This mostly pertains to immigrant groups where it keeps language and cultural traditions intact.

Despite this not causing direct harm, it will see increased segregation in wider society.

Many cases of honour killings have occurred in South Asian countries such as India and Pakistan by family members of victims who did not agree with relationships outside of a caste system. 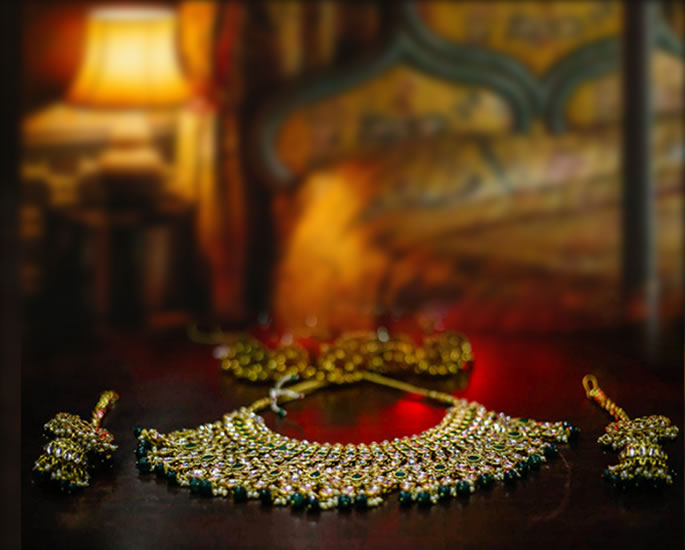 The culture in South Asian countries is kept together by more influences than solely practising arranged marriage.

CompareCamp has found that despite 90% of marriages in India being arranged marriages – this does not reflect the overall culture of the region.

Ethnic minorities living in the United States and the UK actively go about their day-to-day lives, whilst still keeping their ethnic culture alive.

In fact, South Asians living in western countries are more conscious that they wish to make cultural contributions to their countries.

This is seen with examples of famous South Asian American/British musicians, actors, athletes and politicians in the west.

A key example of this is Rishi Sunak.

Despite being the first Indian-origin head of office in the UK, Sunak has applauded and acknowledged his Indian cultural identity publicly many times.

Arranged Marriage is an Extension of Patriarchy – Con 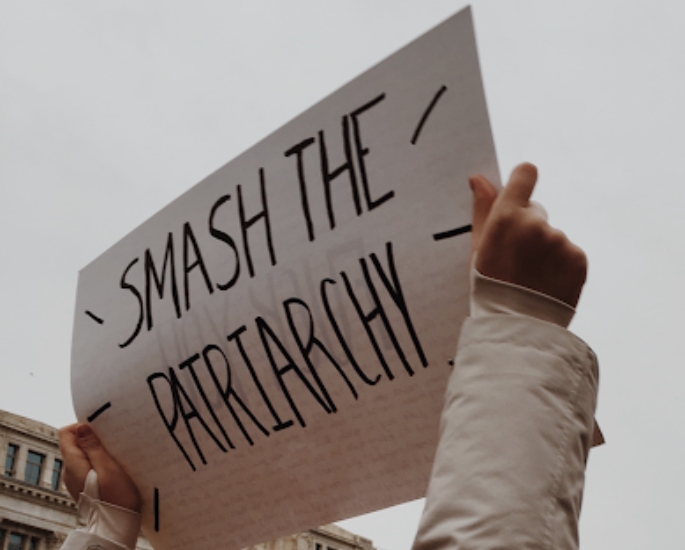 For a marriage to be valid according to law, the freedom of choice has to exist in choosing a marriage partner.

With the line between forced and arranged marriage thin, who really benefits?

CompareComp says up to 80% of supposed arranged marriages in Afghanistan have forced marriages.

In addition, trends have confirmed that men in arranged marriages are typically 4.5 years older than the women they marry.

The ingrained patriarchy within South Asian culture oppresses women and is upheld in the arranged marriage gender power dynamic.

Too much Information – Pro 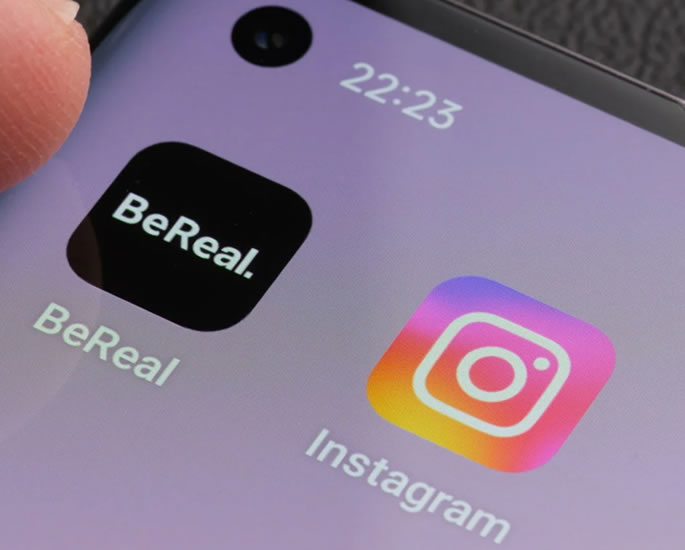 In a world where everything is accessible by the tap of your mobile phone or device, too much choice can be overwhelming.

This is also true when it comes to dating and marriage for young people today.

Online dating has given people today a large variety of options to choose from when appointing a potential marriage partner.

In the instance of arranged marriages, this would cut out the middle point of getting to know the character and background of an individual.

Therefore, getting an arranged marriage makes it easier to become more intentional and focused on one person, rather than a host of women or men to swipe right to on Tinder. 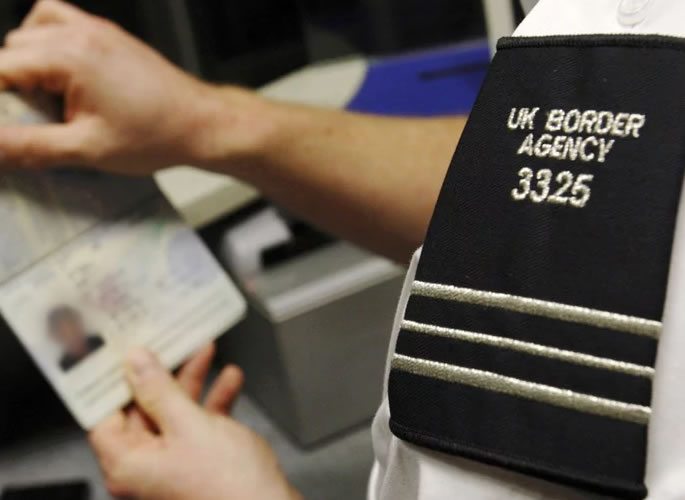 Arranged marriage allows for the possibility of exploiting immigration systems in the west.

It is difficult to determine sham marriages with foreigners, like mail-order brides, due to the risk of seeming to be culturally insensitive.

Modern reality shows such as 90 Day Fiance provide a comedic look into how these types of marriages for immigration reasons play out.

Typically, there are no shared beliefs, ideas, desires, or likes between a pair.

Individuals on the show have come from opposite backgrounds and show no clear love for each other. 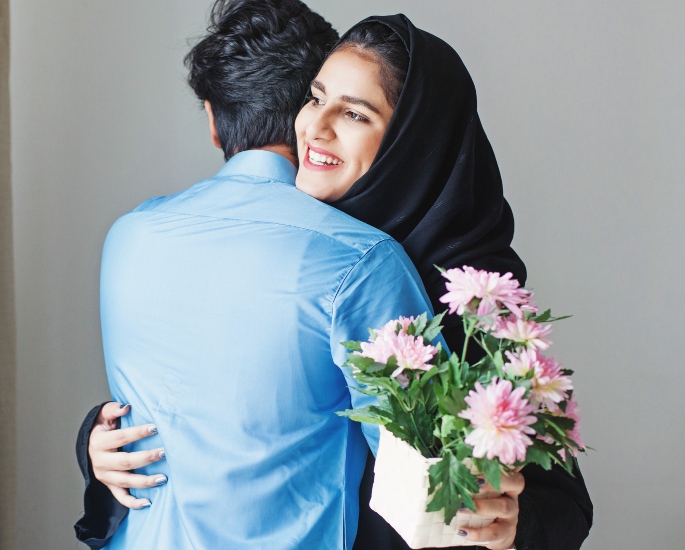 Arranged marriage allows women in developing countries to create a secure family unit. Such marriages endure many struggles before achieving their end goal.

Despite being labelled ‘exploitative’, western countries have a gruelling process for individuals to prove their immigration status if marrying across the border.

A woman, aged 25 from Pakistan opted for an arranged marriage to a man from the UK.

However, the couple endured a two-year-long wait until they were reunited in the UK officially as man and wife. On the ordeal, she commented:

“I waited 2 years in Pakistan for my visa to be approved without my husband. We got married in Pakistan and he had to go back to England to work.

“He visited every month because the process was taking so long.”

Additionally, it makes sense for husbands and wives to settle down in a country where they have the best possibilities of leading fulfilling lives.

This only serves to support the idea that brides from the third world may freely choose to participate in these types of marriages.

The method of an arranged marriage is simply intended to put together two people who are definitely looking for a companion.

This ultimately allows individuals to identify if they can strike the spark without igniting the fire.

A helping hand of a family member or external agency creates ease for those who choose such circumstances.

Despite the different pros and cons, personal choice is central to every conversation concerning marriage, no matter the age or gender.