Discussions around sex are taboo in Pakistan but people still engage in their desired sexual fetishes. Which are the most popular?

"I’ll give them oral pleasure in a leather mask"

Sexual fetishes are very popular in Pakistan, even though the country has a strict stance on the subject.

However, a lot of the population has to keep these fantasies under the radar because of the societal view that sex is a sacred act only between a married couple.

Even then, couples can only discuss their sexual behaviour among themselves.

Sexual desires or discussions aren’t even taught in the curriculum so many people are left to discover and understand their own urges alone.

But, what sexual fetishes pop up in Pakistan if it is so under-discussed?

DESIblitz spoke to some Pakistan natives to see what kinks are the most popular and why they are so taboo. 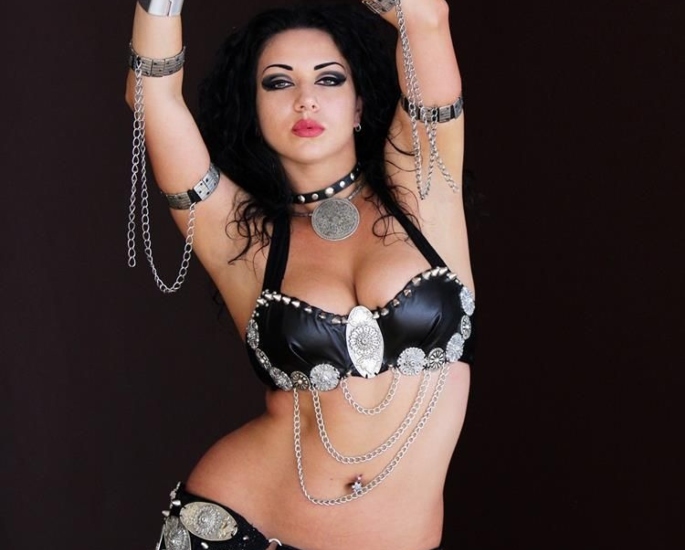 Many performers have curvaceous bodies and tend to dress in fitting outfits to accentuate their suggestive moves.

It has created an obsession with sultry dancing and is predominantly much-loved by males who thus get excited by this type of fetish.

“Sexy dancing is loved by us all. All my friends love it. It’s hot and if girls can dance for us, then it makes us very happy.

“I feel a lot of women like it too, and like dancing for us. It’s the way their bodies shake and if they have a very slim figure, it’s even better. I lust for those types of traits from my partners.”

It’s much more ‘accepted’ in society due to mujra dancing so is more accessible for those who want to fulfill their desires. 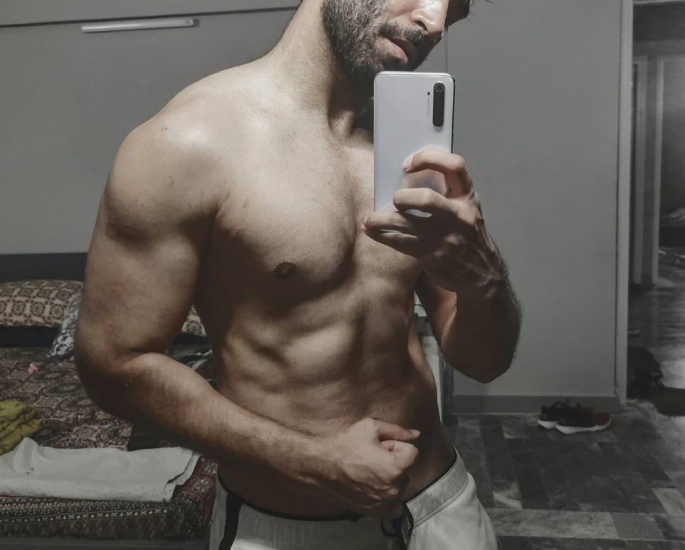 Whilst dating apps itself is not a sexual fetish, it’s the interactions that happen on these apps that are.

One of the most popular dating apps in Pakistan is Salams, formerly named Minder, which is a place for Muslims in Pakistan to meet and chat.

However, both men and women use it to discuss their kinks.

These kinds of conversations and even the apps themselves are still taboo in the country, making it even riskier to have these sexual conversations.

But, that’s what attracts thousands to these online talks. Salma Hayed*, a student in Birmingham who is originally from Lahore explains her infatuation with dating apps:

“I always used Salams when I lived back home. It’s a place for people in Pakistan, especially girls, to release their desires.

“It’s good because you don’t need to use real pictures so the chances of getting caught are slim. But I’d always have to delete and install the app just in case my parents saw it.

“It’s even better when men send you pictures or tell you what sexual fetishes they have.”

“You can enjoy that intimacy without revealing too much of yourself.”

According to Salma, dating apps can allow people to indulge in their desires without risk and emphasises why these are such taboo. They are a method for those fetishes to come true. 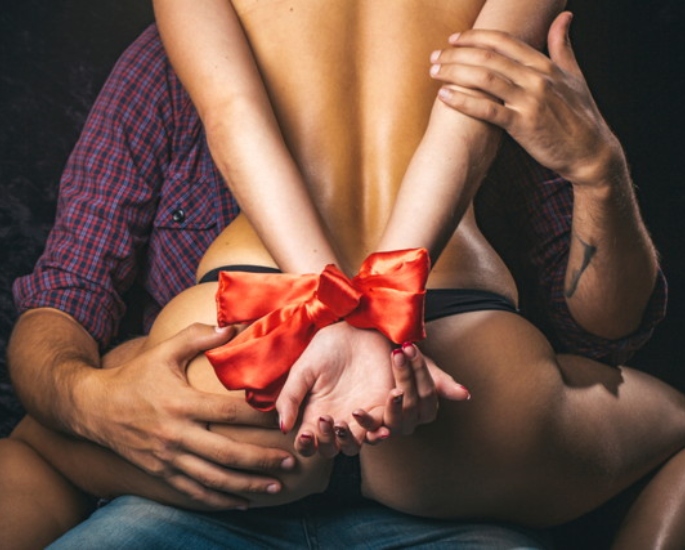 One of the most desired and sought-after sexual fetishes is a type of act dubbed as ‘master and slave’.

This type of kink is the fantasy of there being a dominant figure and a ‘slave’ who worships and obeys them.

In most cases, it’s males who crave this type of scenario because of the control they would have over a woman.

It has undertones of the inequality in Pakistan society and allows men to fulfill their needs of having a woman listen to them without question.

The sexuality of this fetish makes it even more desirable.

Munir Rihan*, a 48-year-old worker who lives in Multan explains why this is so popular:

“Every woman loves to be manhandled a bit, even if they say they don’t. I’ve never been with a woman unless she lets me be her master.

“I can use toys like rope and handcuffs and it’s sexier when you have that private time and can be rough with someone.

“You can’t speak too openly about it in Pakistan but I know a lot of people that love this type of sex. Having that control over someone is amazing.

“Women also like to be dominating and a lot of guys get off to that, including people I know personally.”

The standout factor with this fetish is the ability to control someone.

In Pakistan where there are certain restrictions and rules in place, this is almost a way for those strains to be released. 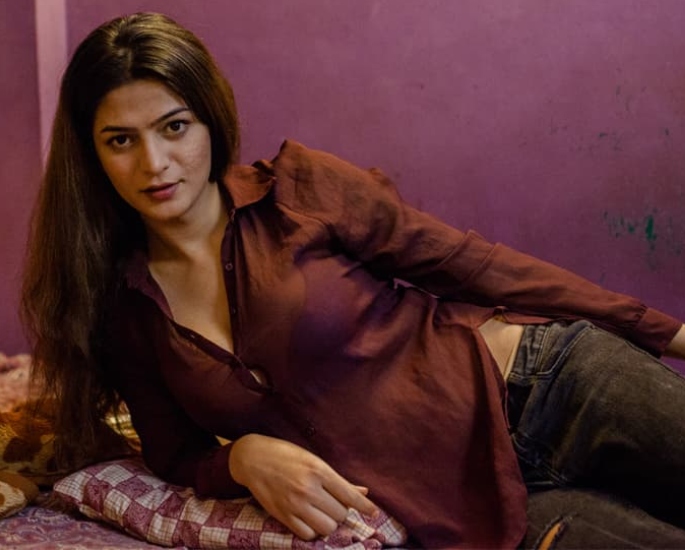 Sex workers themselves are quite popular in Pakistan and it’s not exactly a secret that they exist in society.

However, most people in the country deny that they would speak or have spoken to this community.

That is because they see sex work as a type of dishonour and engaging with people from that industry is “shameful”.

But, it is that overwhelming opinion that attracts more people into fornicating with sex workers.

The fact that they would willingly be intimate with a person in a profession deemed as illegal, makes this sexual fetish so alluring.

“Pakistan is weird because it says my type of work is illegal, yet thousands of people still visit us.”

“Even those in high jobs come to see sex workers because they can’t be as dirty at home with their wives or husbands.

“A lot of people don’t like to admit that they have sex with sex workers but it’s that denial that makes them return.

“They can’t help their desires. I don’t care if I’m a fetish, I need money and this is the only way to get it.

“People come in and ask us to do all kinds of things and we have to make them happy. They don’t get that at home.”

With numerous brothels and sex workers across Pakistan’s cities, sexual fetishes to do with these workers are so popular.

These men or women allow people to fulfill their own desires and also experiment with strangers, essentially, who won’t judge them in comparison to their partners at home.

The secrecy of the profession and engagement of others adds to the heightened levels of infatuation with this desire. 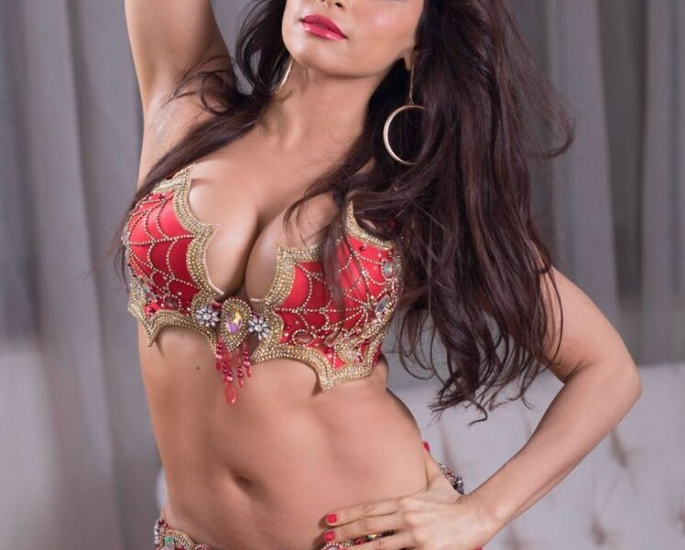 Exposed skin such as shoulders, naval, and lower back part are one of the most popular sexual fetishes in Pakistan.

This is especially poignant in men who find excitement in seeing parts of a woman’s body exposed.

It’s almost like public teasing such as when women wear certain blouses or saris that reveal parts of their upper body.

Whilst women can also get turned on by seeing men’s skin, they are less likely to get as excited.

Farhad Rihad*, a student in Pakistan who lives in London says his skin fetish has not stopped since moving country:

“I still find it sexy when I see the stomach or backs of women, it’s like they’re flirting with me.

“In Pakistan, women wear saris and if their stomachs are on show, then it’s so sexy, especially if they have a nice belly button.

“Some wear full salwars but you can see their arms and lower legs. You imagine what it’s like to feel their skin or touch it. It’s so hot.

“A lot of men feel this way in Pakistan and I don’t blame them.”

It seems as though the “less is more” approach coincides with this sexual fetish.

The partly exposed skin compared to fully naked means more people (especially men) like getting teased and take it as playful flirting. 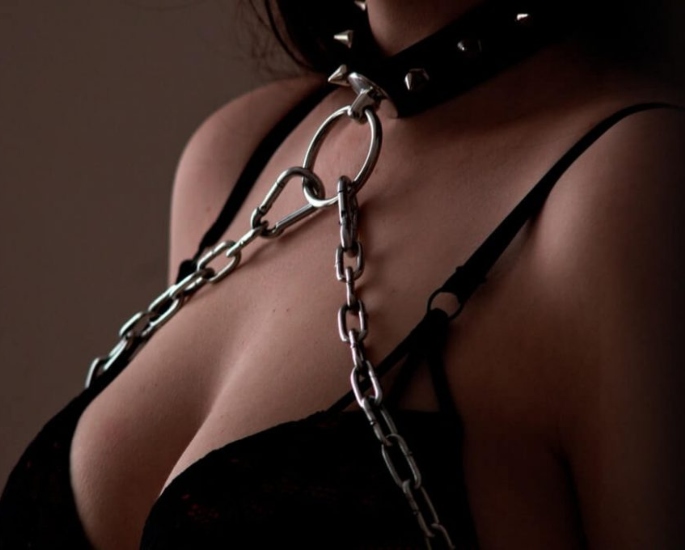 Perhaps the most universally accepted type of sexual fetish is bondage which involves sex props like rope, latex, masks, and much more.

However, bondage is the sole focus on tying someone up or putting a person in a state where they cannot move to give or receive sexual pleasure.

A person may like being tied up as it gives them no control but will receive a lot of joy from the other person.

Although, a person may be into dishing out the bondage as they get more excitement from controlling someone and pleasuring them.

Hema Noori*, a 30-year-old cook from Islamabad says she engages in bondage sex a lot, even though it is frowned upon:

“Using any type of toy or prop for sex is non-existent in Pakistan. People hate it and I don’t know why, why can’t we enjoy sex in all its forms?

“I’ve only been with a few sexual partners as it’s not easy to meet men freely here, but every time they always want to be tied up and played with.

“I’ll give them oral pleasure in a leather mask or wearing a full latex dress and it’s so steamy because it also feels wrong.

“I think that’s why sexual fetishes are so widespread across Pakistan because these things aren’t allowed.

“Men love getting put in their place around here.”

“It’s something about pushing the sexual boundaries and what we’re allowed to do in this country which makes these sexual fetishes so hidden but loved.”

Bondage is another example of how all sexual fetishes are taboo in Pakistan but what makes this one of the most prominent ones, is the act of tying up men and using props.

This list goes to show how prevalent sexual fetishes are in Pakistan.

Whilst many have the idea that Pakistan is oblivious to anything related to sex, the individuals DESIblitz spoke to show this is not true.

Whilst the secrecy surrounding these fantasies are still there, they still happen quite frequently. And, there are no signs of things slowing down.

Perhaps one day, these fetishes will become less taboo and discussed more openly.