Sexual Health is something too often ignored in the Asian community due to the difficulty associated with discussing this matter openly. However, ignorance in this case is not bliss because it can lead to many Asians not getting the help they need due to the likely taboo associated with the subject.

Sexual health and Asians is something that may not always be a subject of comfort. But in today’s more open and sexually active society, it is a very important issue and cannot be ignored. Many from past generations see this area as taboo and not something talked about or discussed but this is changing or is it?

Talking about sexual health is not the easiest thing discussed with Asian parents or family. Respect and regard for elders around such matters usually prohibits us from going anywhere near this area of discussion. Although, this has changed to some degree in younger families, it is still not an easy area to tackle. So, this means it is something talked about amongst friends, work colleagues, teachers, professionals or even similar aged relatives. But perhaps not as openly as it could be.

Sexual activity amongst Asians in the UK today is higher than it was amongst previous generations and the importance of sexual health is not seeing the same rise. Use of contraception and the different types of contraception available is still information not accessed as much as it should be. This may be through ignorance or actual unawareness.

Change of sexual partners, higher frequency of sex and non-use of contraception such as condoms with unknown partners, are some of the sexual factors associated with Asians today. Not seeking sexual healthcare under these circumstances makes them more prone to catching Sexually Transmitted Infections (STI’s).

Sexual activity amongst the Asian youth especially often takes place in secret or without the knowledge of parents and family. So, when problems arise from such activity, seeking help or finding help becomes a major issue because family cannot be easily approached. In most cases, a trip to the doctor is the first place to go, however, if the doctor is Asian or a family friend that becomes a no go area, especially for women. This is where sexual healthcare plays a vital role.

Improving access to sexual healthcare is a priority in the UK, especially for ethnic minorities. Sexual health in the UK is especially addressed by ‘GUM’ (genitourinary medicine) services. These are clinics set-up to help anyone with sexual issues or concerns in a confidential and private manner without having to see a GP. However, research has found that UK Asians are not found to be using these services as much as they should or could, especially women.

A study conducted by Dr Jyoti Dhar of the Department of Genitourinary Medicine at the NHS Leicester Royal Infirmary found that South Asians were more likely than other groups to be signposted to the GUM clinic by another health service. For example, in women 14% versus 8% respectively from other groups reported doing so from a family planning clinic.

However, these women also reported that they would be less likely to go to the clinic if their symptoms resolved spontaneously compared with other women 51% versus 31% from other groups.

Interestingly, South Asian men were more likely to report as their reason for attendance that they wanted an HIV test 23.4% versus 14.8%.

The report concluded that despite having similar STI care needs to attendees from other ethnic groups, South Asians, especially women, were found to be potentially more reluctant to seek care from GUM clinics, especially if their symptoms resolve. This meant that sexual health services need to develop locally-delivered and culturally-appropriate initiatives to improve care pathways.

For many British Asians with South Asian roots, attending such a clinic means giving information to medical staff about their private life and in many cases secret life, which scares or deters them from divulging such information. However, what they fail to understand is that information collected by the clinic is not shared with any other party, including their GP, unless they were happy to allow it. Therefore, there are lots of Asians avoiding readily available sexual healthcare due to such reasons.

Good sexual health means better well-being and safer sex. Having a sexual check-up like any other health check-up should not be ignored if you are in a sexual relationship. Both partners should get tested and ensure they are ‘safe’ to each other, for the sake of their health.

With STI’s on the increase and the dangers of HIV, services available free to you should be sought and used. Many people have regular tests such as every six months, yearly or when they get into a new relationship.

For example, Chlamydia is the most commonly diagnosed STI among the under-25s. Often there are no symptoms, but testing and treatment are simple. If untreated, Chlamydia can have serious long-term health effects, and may lead to infertility (being unable to have children).

As well as testing for and treating STIs, a GUM clinic also investigates and treats urinary tract infections (UTIs). These include cystitis, which is a bladder infection, and urethritis, which is an infection of the urethra (the tube used to urinate).

Having tests does not preclude you from the practice of ‘safe sex’ which is as important as choosing to have sex. Use of appropriate contraception is a key factor for safe sex. For men, for example, using the right sized condoms plays a significant role towards ensuring safety for both partners. 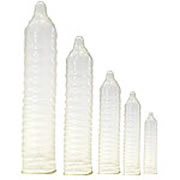 Toni Belfield Director of Information of the Family Planning Association in the UK said, “Men come in different shapes and sizes and so do condoms.” Talking about problems faced by people using condoms, he added, “Problems such as condoms splitting or coming off are directly related to people choosing the wrong size and shape, or not using them correctly. When this happens, people lose trust and confidence in the method. As a direct consequence, people are then far more likely to use condoms erratically or stop using them altogether.”

Bear in mind that condoms are the only method of contraception that protect against both pregnancy and STIs; so always using a condom as well as your chosen method of contraception will keep you protected. Regular GUM tests should be a compulsory aspect of your sexual health in case you don’t condoms because you pose a higher risk of catching or passing on infections.

There are NHS GUM clinics or Sexual Health Centres in almost every town or city in the UK, simply look them up and use them. You can start here by clicking on this NHS link for more information – Sexual activities and risks.

Also, there are bound to be equivalents in other countries, offering similar services for better sexual health. Why? Because good sexual health contributes to a healthier and safer lifestyle for you and your partner, and being of South Asian does not exclude you from infection.

Amit enjoys creative challenges and uses writing as a tool for revelation. He has major interest in news, current affairs, trends and cinema. He likes the quote: "Nothing in fine print is ever good news."
British Asian Men and the Rise of Alcohol Abuse
Is South Asian culture all bad?