British Asian Men and the Rise of Alcohol Abuse

British Asian men, especially of Indian origin, are more susceptible to alcohol-related problems than white British males, according to a scientific study.

Alcohol use and alcoholism are on the rise in South Asian communities, especially in the UK.

Alcohol related harm in British Asians is costing the NHS and Social Services too much.

For every 100 white men dying from alcohol-related causes, there are 160 Asian men dying. These are some of the facts published in a report in the British Medical Journal.

Dr Gurpreet Pannu, the author of the study and consultant psychiatrist, says that there are disproportionately high numbers of Indian men being admitted with alcohol related problems.

The figures are out there now and the Government has to act on these figures. Dr Pannu adds that we know that there is a high incidence of alcohol use but we don’t know what is underlying this rise.

Dr Pannu explains that alcohol use and celebration of drinks culture has become more accepted in Asian communities and now equals the rise in British white populations.

Both first generation and second generation have high intake of alcohol. This could reflect a rise in alcohol levels in the British white population as a whole.

Majority of alcohol admissions are with mental health problem -this is only one aspect. Social harm is also common – domestic violence, self-harm and road traffic accidents. 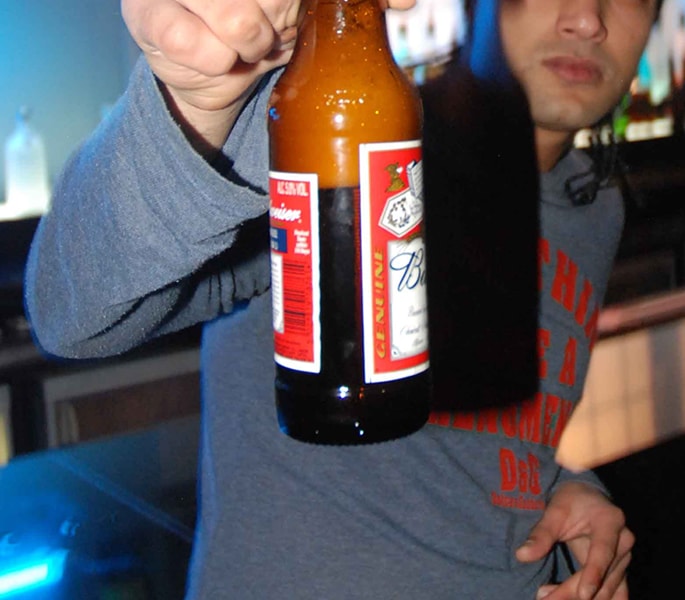 Drinks culture has become increasingly acceptable in Indian communities. However, there is an equally large abstinence culture, with many stating religion as a reason for not drinking.

Drinking is not associated with ‘being social’ in Asian communities. High alcohol consumption and drunken behaviour are frowned upon.

Asians have restraints on behaviour from their close-knit, often conservative community.

Overall, South Asian society shows a low level of alcohol consumption. However, there is a rise in consumption, especially in British Asian men, especially those of an Indian origin.

Men born in India have lower rates of drinking than white men, however, the rate of admission with alcoholism is higher for British Asian men originating from India in the UK.

Hospital admissions for alcohol related conditions among this sector of British Asians are rising.

Southall, which has a large South Asian population, have high levels of alcoholism in Asians – a trend seen around the country. Most of these patients are Sikh and Punjabi men. 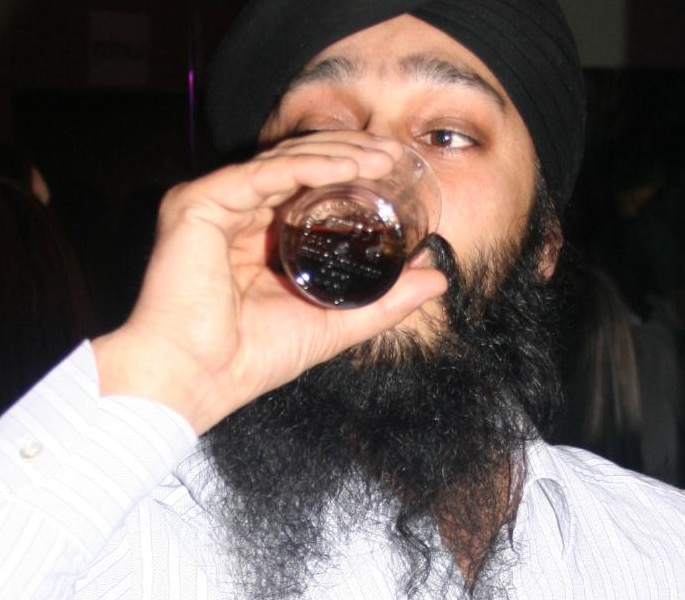 It seems that Punjabis are particularly susceptibility to alcoholism.

Punjabi men tend to drink more spirits than beer. Spirits are stronger than other alcohols and cause more damage.

Drinking culture is common among the Punjabi population in the UK, possibly due to the acceptance of drinking in working men’s culture and military culture.

Many Punjabi men migrated to Britain during the Second World War when they were recruited to fight in the army.

Alcoholism can break apart a family as the man becomes more and more dependent on drinking. Asians consume 383 grams of alcohol on average.

The alcoholic is unable to work or bring home an income to support their families. Alcohol abuse is often associated with anti-social behaviour and domestic violence.

Children grow up without the support of a parent. The cost of alcoholism in social terms is high.

Dr Pannu says that Asians are less likely to take up services or seek help.

The community wasn’t aware that there was an alcohol problem in British Asian society. The BMJ study highlights the prevalence of alcohol use in Asians.

The next step is to promote awareness of the problem. With the British Asian community being aware of the problem they can do something about it.

For example, there is a campaign in Sikh Gurudwaras in Southall to raise awareness of the issue of binge drinking.

There are biological and cultural reasons for British Asian vulnerability to the risk of alcohol.

The immigrant experience contributes to the drinking habit, encouraging the need to drink on a regular basis.

Immigrants experience isolation, cultural alienation, poverty and deprivation. This is a difficult experience for many to cope with and they resort to drinking to solve their problems.

Alcoholism tends to hit those who don’t have a supportive network and find it difficult to confide in people.

Alcohol use and ethnicity surveys show a low level of uptake of supportive services among Asians.

More effective outreach services need to be provided. These need to be culturally sensitive to Asians to encourage more people going through this experience alone to seek help.

A significant portion of the British Asian population has become victims of alcohol and its abuse, rather than responsible drinking.

The culture is not one that encourages drinking. It’s those who are become dependant on alcohol who are the most vulnerable. We need to reach out to these people and let then know that help is available.

S Basu wants to explore the place of Indian diaspora in a globalised world in her journalism. She likes being a part of contemporary British Asian culture and celebrates the recent flourishing of interest in it. She has a passion for Bollywood, Art and all things Indian.
Obsession with Boys and not Girls
Asian Sexual Health still a Taboo?