Obsession with Boys and not Girls

Despite all the modernisation, sex selective births are still a deep rooted problem within the South Asian community. Boys are still the desired sex of a child. Even British Asian women are going to India to abort foetuses if they are a girl.

sex selection is a thriving business in India

Every woman who has been pregnant and given birth to a child, whether it is a boy or girl can safely say that it is the best feeling in the world.

Even though South Asian society has moved on from some of its old ways, one custom which still seems to rear its ugly head today, is the preference of having a boy rather than a girl.

How many times have you heard that aunty say, “She has three daughters, oh my but no son” or “don’t worry it will be a boy next time.”

This cultural divide of the sexes stems from the beliefs and customs still valued from the past. In South Asian society, girls are considered less favourable than boys for a number of reasons, these include:

Sex selective births are high in India in many states. The states which are most affected by this are Punjab and Haryana. The fact that technology in India now allows for couples to have pre-natal scans to learn what sex their baby is, leading to women having their foetuses aborted, if found to be a girl.

It’s not just the non-educated practising this disturbing activity. The worst culprits are the affluent.

“I have one girl and cannot afford to have another daughter. It’s so difficult to marry them off as boys demand hefty dowries. I have undergone five abortions at a private nursing home as all of them were female foetuses. I may not be able to conceive again.”

An Al Jazeera video report discusses the the extremes of this activity and attitudes towards it in India.

The ratio for boys and girls in India is unbalanced. Figures prove this imbalance. In 2001 for every 1,000 males born there were only 933 females. The contradictory element on this issue is that, even though most families prefer boys than girls, it is the boys who are suffering in the long run. 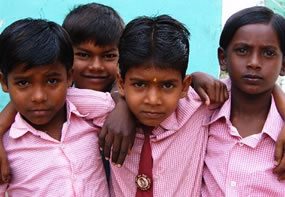 Men of marriageable age are finding it hard to find a bride because of the decreased number of women. The situation has become so bad that men have to ‘purchase’ brides from poor communities. This has led to other serious consequences like increase of rape on other women; women are being passed onto relatives and friends for amusement and the spread of infections.

The surprising aspect of all this is that sex selection is a thriving business in India. Adverts are being placed in newspapers and a magazine offering couples deals on selecting the gender of the child. Doctors are cashing in on the demand rather than acting against the malpractice. Backstreet clinics have been set up in where women go to abort their female child for a required sum. 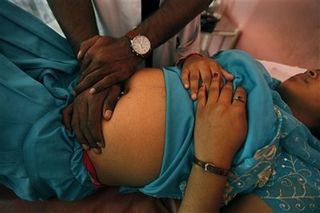 Many wonder what is the Indian government doing about this non-ethical trend. In 1994, the Indian government’s Pre-Natal Diagnostic Techniques (PNDT) Act of 1994 law prohibited the use of equipment or techniques for the purpose of detecting the sex of an unborn child. In 2003, the government implemented amendments to the PNDT Act, recognising the responsibility of manufacturers and distributors to protect against female foeticide.

It does not seem the act has made a huge difference due to authorities such as the police even turning a blind eye to the practice.

Even though there have been reports that the sex ratio in India is starting to improve, how long this will take and whether it will improve remains to be seen.

Although people may not be too surprised to learn that this happens in India, don’t be fooled, this is increasingly common in the UK. A study which was carried out by Oxford University on children being born to UK Indian women suggested that “between 1990 to 2005, 1,500 girls are missing from the birth statistics in England and Wales.” 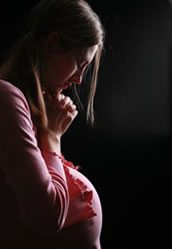 Many pregnant British Asian women are going abroad to India and other South Asian countries to have ultrasounds to determine the sex of the baby. Many of these women who have already had abortions on the NHS have now been refused because of the regular occurrence of these requests. If found to be a girl, these women have them aborted in India.

This could be seen a desperate measure for these British Asian women. Many of these women are under pressure from ‘in-laws’ to produce a boy and are prepared to go to extreme lengths to provide them with a boy and also to keep the name and honour of the family.

Gender preference is deeply rooted in our culture and is likely to remain as part of the lifestyle, even in the UK.

However, to look on the positive side some families see having girls, as a fortune rather than a misfortune, and some believe that girls are good luck in the family.

British Asian girls today are more independent and educating themselves to become professionals, thus, choosing to marry late, and look after their family for longer. The responsibility once seen as one of the boy to look after the family is now also undertaken by girls too. If not in some cases more, where boys move out after marriage or before leaving parents on their own. 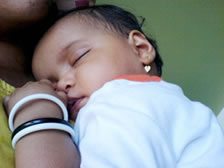 What some people seem to overlook is that without girls there will be no chance of having future children within a family; parents will not have the joy of having the love of a girl in the family; the boys will never experience growing up with a sister; a mother will never experience a mother-daughter relationship; the boys may not understand a girl’s ‘ways’ without a girl in the house; the boys will not have a real sister to celebrate traditions like ‘Raksha Bandan’ or buying presents for ‘Eid’; and parents will not have the pleasure of marrying their daughter. A few reasons why girls are important and should not be aborted?

Sandy likes to explore cultural areas of life. Her hobbies are reading, keeping fit, spending time with family and most of all writing. She is an easy going, down to earth person. Her motto in life is 'believe in yourself and you can achieve anything!'
Sex and the British Asian Woman
British Asian Men and the Rise of Alcohol Abuse