Is South Asian culture all bad?

South Asian culture is often stereotyped in the West and images and depictions of it are mostly not positive. We explore why this may be the case and question why the more positive sides of South Asian culture are not represented.

It is likely that whenever you hear the words ‘South Asian’ on the news it will be associated with something negative.

If we are on the news it’s either about forced marriages, honour killings, illegal immigrants or someone pulling off a fake passport scam or else it’s the slums back home, child labour, corrupt authorities and financial fraud by companies and so on. If media stereotypes are to be believed then South Asia and its culture is all bad.

Mention South Asian culture and subjects such as the oppression of women, the radicalisation of its youth and the injustice of the caste system surface immediately. Ask a South Asians about their society and they will talk about the corrupt political system and how nothing can be done without bribes. 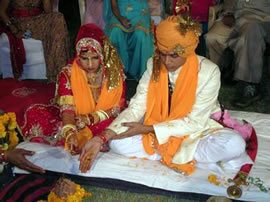 Depiction of Asians on screen has not been much better. From watching television you would think that all Asians ostracised their daughters for having boyfriends and in haste arrange their marriages to other men; many Asian men often have two wives – one here and one ‘back home,’ Asian kids lead double lives and young Asian girls are in danger of being married off to middle aged men from Pakistan/India. 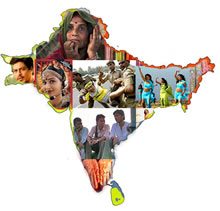 The average Asian is more likely to criticise his culture than anyone else. Where have you heard: Don’t trust an Indian man? From another Indian, that’s where. Asians also say that Asians don’t help each other. An Asian will be the first to cut down another Asian. They tell people not to go to South Asia. “Don’t go to back home,” they say, “Your shirt will be stolen off your back.” They are the first to discuss why India or Pakistan is in the state it is in today. They believe it is an inevitable state of affairs given the kind of people that populate the countries. It is because they have to deal with Asians everyday that’s how they know.

An Asian’s favourite topic of conversation is how corrupt their country of origin is. Why is an Asian man’s self respect and image in the community so important? It’s because they know how low Asians can get when they are back-chatting about another Asian. 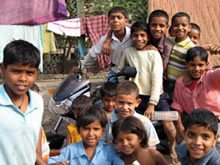 When it comes to the media, things are no better. Why is it that all documentaries of South Asia invariably include a shot of children sleeping rough on the streets or dreadlocked sadhus in loin cloth? Positive images are very seldom scene on television or other media. If nothing else, then they boast colourful images of Bollywood, which does not really depict South Asia as it has progressed in reality.

They don’t talk about the Indian contemporary artists exhibited at the Saatchi gallery; Shekhar Kapoor directing the magnificent visual feast, Elizabeth or Jay Sean being the first British urban act to break the American market (omitted from the BAFTAs).

It seems as if the West are determined to portray an image of South Asia and South Asians as poor and backwards.

Why does it matter to us? It matters because living in Britain we have to defend our heritage and roots.

So what do we say about our culture and ethnic heritage? South Asian culture and philosophy of life has many positive virtues.

Let’s look at what South Asia has given the world. Let’s start with India and Gandhi. He is one of the greatest modern philosopher and politician of our times. His idea of satyagraha inspired many around the world including Martin Luther King, the black American human rights leader. Gandhi believed in non violence, an ideal which was central to the Hindu religion. During the British Raj he promoted passive resistance against British rule over India. He fasted to near death to uphold his ideals and stop communal violence in India. 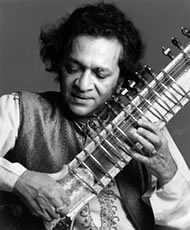 From Yoga and Deepak Chopra to the Beatles’ Maharishi and Ravi Shankar the subcontinent has introduced a whole generation to a new philosophy of life. More recently, a religion that has a major impact on western philosophy is Buddhism. People forget that Buddhism was founded in India by a North Indian Bihari prince disillusioned with life.

Let’s not forget our ‘Intel rockstars’ as the TV ad puts it. It was Indians who were at the forefront of three of the modern world’s most revolutionary inventions which makes our high tech lives possible. Ajay V Bhatt, co-inventor of the USB, the revolutionary connecting device between the PC and all its essential accessories. Narinder Singh Kapany, the father of fibre optics which made the information superhighway and broad band connections possible. Vinod Dham who developed the Intel Pentium chip, a microprocessor central to the working of all computers. He also helped invent flash memory which allows storage at a micro level, for example, the photos on your mobile.

Before you ask about the oppression of women in South Asia, all four countries of the Asian subcontinent had elected female prime ministers including Indira Gandhi (India), Benazir Bhutto (Pakistan). Something America is yet to achieve. 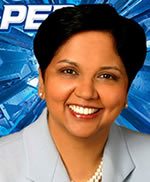 Whether it’s Sting practising Tantric sex or A R Rahman scoring Slumdog the world loves South Asian ideas. We have much to offer the world so we shouldn’t diss our culture.

We should be proud of our heritage. It is very easy to focus on the negative aspects of our culture and that South Asia has a long way to go in cleaning up parts of its society. But it’s not all bad is it?

S Basu wants to explore the place of Indian diaspora in a globalised world in her journalism. She likes being a part of contemporary British Asian culture and celebrates the recent flourishing of interest in it. She has a passion for Bollywood, Art and all things Indian.
Asian Sexual Health still a Taboo?
Sex before Marriage – Yes or No?