An Imam has been successfully prosecuted on charges of historic sexual abuse relating to two female complainants. The Imam has fled to Bangladesh. DESIblitz reports.

Rahman has apparently fled the country and returned to Bangladesh

Justice was finally served for two women who courageously came forward and complained to the police that as young children in the 1980s they were sexually abused by an Imam at the Queens Cross Mosque Dudley.

On 7 October 2016, a jury at Wolverhampton Crown Court reached verdicts of guilty in the retrial of Hafiz Mohammad Rahman.

Rahman who has apparently fled the country after the verdicts and before the sentencing was cleared of two further charges by the jury relating to indecency with a child against the first victim.

57-year-old Rahman from Ballard Road, Netherton had denied all charges. He had already been found not guilty on four counts relating to the first victim at an earlier trial in May 2015.

At that stage, the jury was unable to reach verdicts on the four remaining counts.

The two victims, who cannot be named for legal reason, attended the mosque for religious studies. The Imam was their teacher and in gross breach of the trust placed in him, he sexually abused them.

The retrial commenced at Wolverhampton Crown Court on 29 September 2016 before His Honour Judge Nicholas Cartwright. 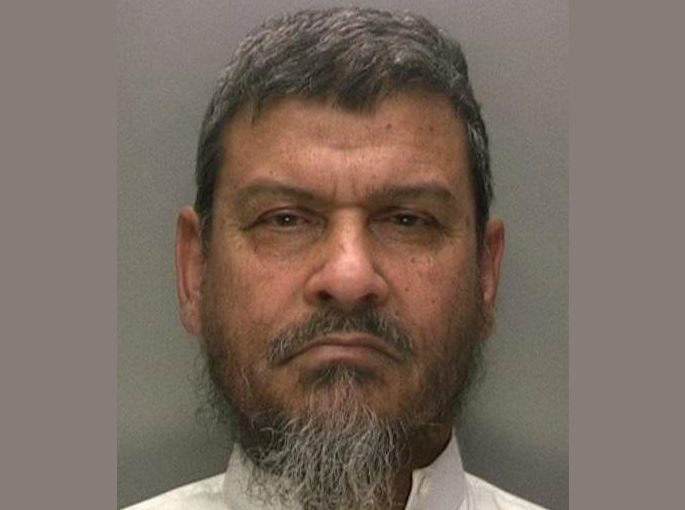 Counsel for the defence was Tariq Bin Shakoor and Peter Arnold conducted the case for the prosecution.

A Bengali interpreter assisted Rahman during the trial. The jury comprised of eight males and four females.

Mr Rahman was found guilty of five of the seven counts he faced. Three of the counts related to the second victim who had come forward after the first trial.

The guilty verdicts were on the following counts:

During the trial, the court heard evidence from the two victims as well as two siblings/brothers of the first victim.

Counsel Mr Arnold told the jury that Rahman had breached his trust as an Imam by sexually abusing his two pupils, primarily in the room he resided in at the mosque.

Mr Arnold went on to say that Rahman was the Imam of the mosque and provided religious education.

Given this role at the mosque, the ‘cleric’ was a man of high profile. Rahman groomed the first girl and treated her differently to other students. He crossed the boundary of teacher/student and adult/child.

Speaking of the first victim, Mr Arnold highlighted that the “Imam would often single her out.”

In the words of the first victim, the Imam would often say to her: “You are pretty, you are different to the other girls.”

“He then started kissing me, kissing my cheeks,” said the first victim.

The first victim spoke of the utmost respect the Imam held within the community and that she was “too scared” to tell anyone about her horrific ordeal at the time.

The sexual abuse affected her relationships with men. She first disclosed the sexual abuse to her first boyfriend at the age of about eighteen years. Later in life, she made similar disclosures to her now husband.

Her brother who had become aware of the abuse was instrumental in finding the whereabouts of the Imam that led to his arrest in 2014.

In fact, the first victim made her complaint to the police in March 2012. Her evidence was recorded in an ABE (Achieving Best Evidence) video interview at the police station.

The brother of the first woman traced the imam from a mosque located near to his workplace.

Following his arrest on 24 March 2014, Rahman was interviewed by the police. During that interview, Rahman did not recall or remember the first victim but maintained that he would not have sexually abused any pupil at the mosque.

Mr Arnold also told the court what happened to the second victim as a young child.

The second complainant said: “I got to sit on his knees. He would squeeze the area around my breasts.”

The second victim found it difficult to comprehend what was happening to her at the age of six. She told the court that in January 2016 “I felt morally obliged to do right thing” by reporting what had happened to the police.

Both victims experienced the ordeal of giving evidence in court. Rahman did not give evidence in his defence in both the first trial and retrial.

On the final day of the trial, Rahman did not attend court. The court was informed that he was unwell and would be seeing a doctor.

After the guilty verdicts, His Honour Judge Cartwright indicated that Rahman was facing an immediate custodial sentence for some years and the case would be listed in due course for the sentencing hearing.

The court also directed that Rahman was now subject to the notification requirement of the Sex Offenders Register.

Detective Constable Liz Skyte from the Public Protection Unit of West Midlands Police said it had been a thorough inquiry. Skyte who conducted the A.B.E interview with the first victim welcomed the verdict saying:

“We’ve seen a significant increase in the number of historic cases we investigate – victims may only feel ready to talk about the abuse they suffered many years after the incidents and, whenever they do feel ready, the police and wider support services are here for them.”

“We have public protection officers who are specially trained to deal sensitively and compassionately with sex offence victims; they are able to support and guide them every step of the way from initial report to court conclusion.

“We have a successful track record of bringing historic sex offenders to justice even if the crimes they’ve committed are many years, even decades in the past. We’re determined sex offenders won’t escape punishment and we’d encourage any victims to contact us so that we can take action.”

Following  the guilty verdicts, Rahman has apparently fled the country and returned to Bangladesh on Saturday 08 October 2016.

This being the day after the guilty verdicts suggests that he may have pre-planned the escape from the jurisdiction. One of the bail conditions being that he had to surrender his passport.

Currently, there is no extradition treaty between Britain and Bangladesh. However, the authorities will, of course, do their best to get him back to this country to serve his pending sentence.

The conviction of Hafiz Mohammad Rahman will no doubt be a huge relief for the two victims. They can now try and move forward with their lives and bring some kind of closure to their horrific experiences of sexual abuse.

This case may encourage other victims of sexual abuse to come forward and make a complaint to the police even if the abuse took place so many years ago.

Beyond that, the call for all places of worship to have CRB/DBS checks and undergo regular Ofsted inspections is now gaining pace.

If any of you out there or a loved one have suffered sexual abuse/assault or have been the victim of abuse in a place of worship or anywhere, please contact the police and relevant local authorities.

Asif is an Investigative Journalist who has a keen interest in law, immigration, arts, travel and sports. His motto is “The highest reward for a person's toil is not what they get for it, but what they become by it,” John Ruskin.

Top mage is for illustration purposes only